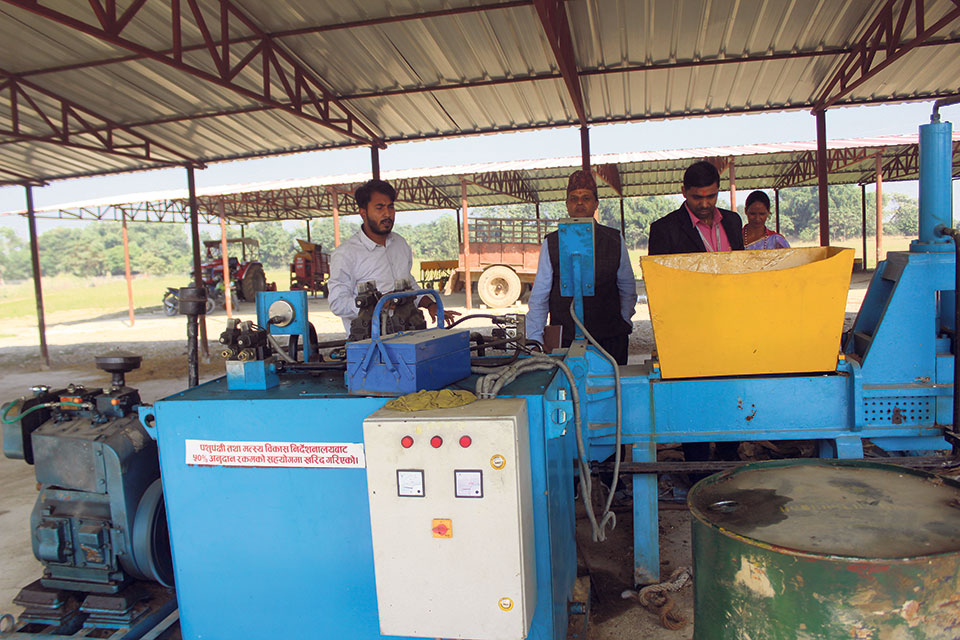 RUPANDEHI, Nov 17: Adhikari Vegetable Farm of Suddhodhan Rural Municipality-3 of Rupandehi had got a grant of Rs 400,000 from the government for commercial vegetable farming. The Ministry of Land Management, Agriculture and Cooperative had provided the grant, on condition that the farmer would contribute equal amount, for vegetable farming.

However, upon a field inspection, the Agriculture, Forestry and Environment Committee of the provincial assembly found that the field was ripe with mustard instead of commercial vegetables.

After a field visit to 12 districts of the province, the committee has reported to the ministry that the grant given for vegetable farming has been grossly misused.

At a meeting of the committee, members objected to the misuse of grant and suspected that concerned employees were getting commissions.

Following recommendation by the committee to punish those involved in the misuse of government grant, Minister Aarti Poudel herself went on a field inspection and found the same -- the farm was ripe with mustard instead of commercial vegetables.

Owner of the farm, Narayan Adhikari, was at a total loss when Minister Poudel asked him about the vegetables. He said: “There were rains in August and September. All materials are ready now; and after harvesting mustard, we will plant vegetables.”

After the field visit, Minister Poudel said: “We will punish those farmers who misused government grant, and also those employees who gave the money.” The committee of the provincial assembly provided the final report to Chief Minister Shankar Pokhrel on Thursday.

Rupandehi Ekikrit Farm of Rupandehi Siyari-5 was also inspected on Friday which was provided with a grant of Rs 50,000 for goat farming. But according to Hari Khanal, owner of the farm, he purchased the farm from its previous owner Arjun Bhusal who had received the grant. After field inspection, Minister Poudel told Khanal to return the grant as well.

According to her, the government will provide grant on the basis of production and loan. “We provided grant for farmers’ benefit. The farmer or employee involved in the misuse will be punished,” she said.

Construction of bridges bring respite to the locals in Province 5

RUPANDEHI, Nov 10: Rupandehi, Kapilbastu and Nawalparasi have given top priority to construction of concrete bridges. The three districts have... Read More...

Property worth Rs 50 m incinerated in industry fire in Rupandehi

TILOTTAMA (Rupandehi), April 27: Fire broke out at two industries in Rupandehi on Thursday, destroying around Rs 50 million worth... Read More...