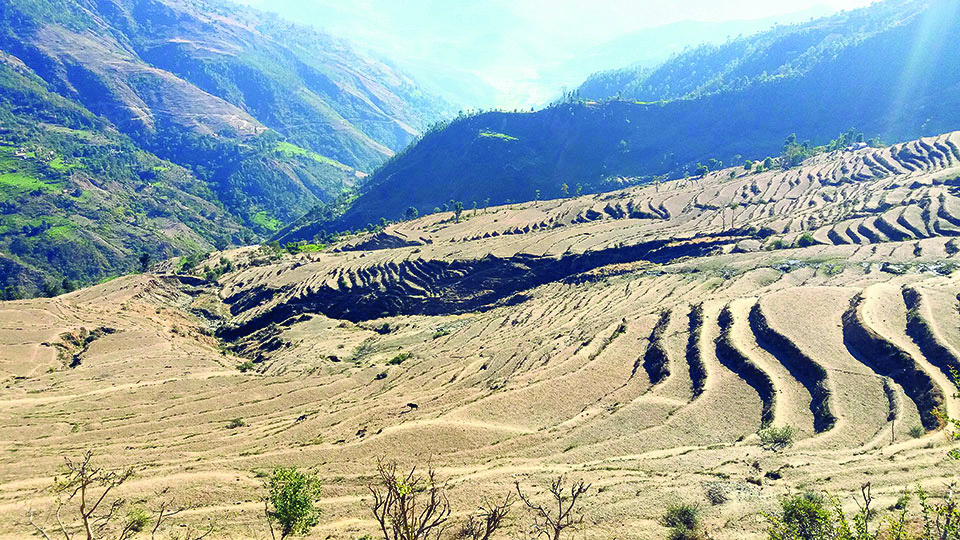 The author is a retired public health officer of Nepal government
news@myrepublica.com

At a time when government aims to reduce rice import, the shortage of agricultural workforce has hampered the goal set by the government. In view of man power shortage in rice and other edible food stuff production, the government must come up with pragmatic plan of action to manage the crisis of agricultural employees. Many rural households in Nepal will not have enough money to spend and food stuffs to eat in near future.  This is because more than 75 percent of youths—from hills and the plains—have left the country for foreign jobs. Besides, our agriculture system is still traditional and we have not been able to modernize it.

Among other varieties, rice contributes 20 percent out of 27.5 percent of total contribution of agriculture to GDP. Rice ranks number one in food stuffs. The annual production of edible crops including rice, maize, wheat etc comprise over 10 million tones, but the ratio of rice is more than 75 percent.  In the past, Nepal used to export rice but now due to shortage of manpower to plant paddy we are forced to import it.

If we reform current education system and modernize the age–old agricultural system, it will, in the long run, create job opportunities and bring down poverty rate. Besides, the relation between workers and employers must be harmonious so as to boost the productivity of agricultural sector. Exploring labor and employment for strengthening agricultural workers-employers relationship, attracting youths in agricultural fields and easing farmers’ access to market are needs of the time.

Our irrigation facility is limited to 25 percent.  With unskilled workers, Nepal’s rural areas won’t be able to tackle poverty. People there depend on seasonal income from agricultural products like maize, paddy, wheat etc. When this does not meet their needs, they are forced to seek foreign jobs to fulfill their livelihood needs. Insufficient and low productivity will aggravate farmers’ predicament.

All over Nepal, the scarcity of farm workers has left a great deal of fertile field barren. Migration within and outside the country is a core factor in developing poverty. People don’t want to migrate unless they are forced to abandon their native place.  They migrate only when they see higher prospects of income in places of migration. Privileged and influential countries attract people from low income countries with better jobs to maintain their livelihood.

At one time, Nepal used to export food grain to earn foreign currency. Now we import food stuffs to meet our demand. This is ironical as around 85 percent people still depend on agriculture. So long as we fail to retain our youths in Nepal we can’t produce enough food products to feed our people. For this, a pragmatic plan of action must be formulated to attract farmers by giving suitable opportunities in agricultural field. Unemployment is the basic reason why most of the rural people are poor. Many of our countrymen do not have a proper job except agriculture to sustain their families. As such, they remain poor and can’t repay the loans taken by them to manage their livelihood. People no longer want to continue the traditional way of farming. In this regard, government must come up with new idea to lure rural folks in agricultural field.

Nepal is blessed with plenty of agricultural field with ample source of water to irrigate for paddy and vegetable farming. But we have not utilized them. As a result productivity of fertile land is decreasing. Also we do not have sufficient capital and new technology to exploit them properly as per the need of time.

The government should immediately enhance agricultural productivity by motivating the rural youths with necessary items like modern agricultural equipment, fertilizer and so on. It is getting late to reduce the shortage of agricultural manpower.

The author is a retired public health officer of Nepal government

RUPANDEHI, Jan 27: In each election, land ownership certificates for the people of Rudrapur village in Rupandehi district becomes a... Read More...

I will solicit votes with the agenda of constitutional monarchy: Rabindra Mishra
40 minutes ago