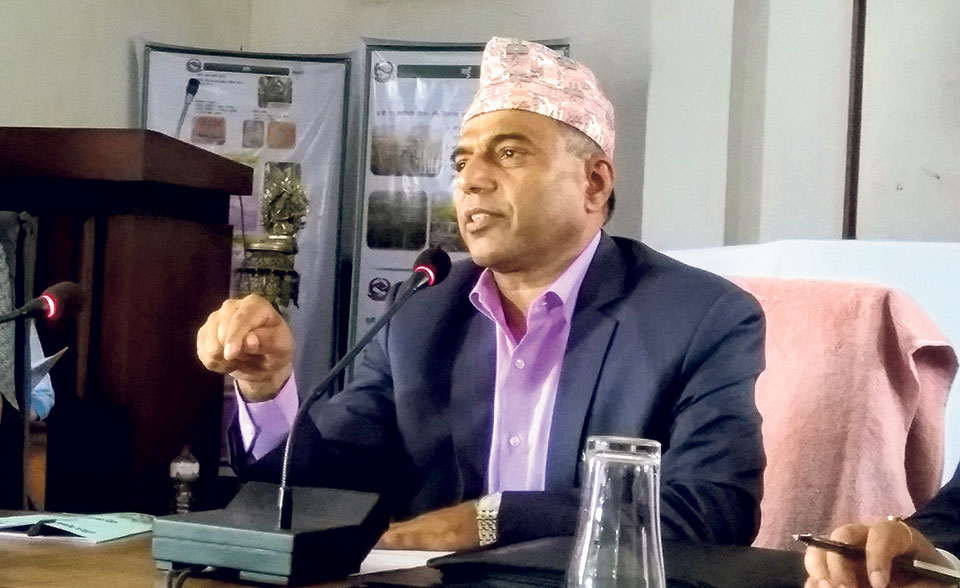 KATHMANDU, Dec 3: Minister for Agriculture and Livestock Development Chakra Pani Khanal has expressed dissatisfaction over functioning of the Nepal Agricultural Research Council (NARC), stating that farmers are not benefiting from research carried out by the government agency.

Speaking at a program in Banke on Sunday, Khanal reflected on progress report of NARC for the first four months of Fiscal Year 2018/19 and instructed the agency to change its working style. "I have not any grudge toward the members of NARC, but I am not satisfied with the activities of the agency," he said in the program.

Khanal, however, did not specify how NARC's activities were not yielding desired results. He wondered whether lack of vision, budget or interpersonal feud within the organization were affecting activities of the agency.

“Neither the context of agriculture research offers solutions to the problems of farmers, nor are farmers benefiting by such research works. We need to do some soul-searching on why NARC's efforts are not yielding results," said Khanal.

Khanal also lashed out against employees' union at NARC, stating that the union was trying to intervene in almost every decision of the agency. "If farmers do not get benefit from the research conducted by NARC, it becomes only a matter of talk not action," he added.

He also called for revision of policy regarding grants distributed to farmers, saying that some farmers are misusing grants provided by the government.

KATHMANDU, April 19: As the second wave of the corona virus continues to ravage the world, scientists have found ten... Read More...