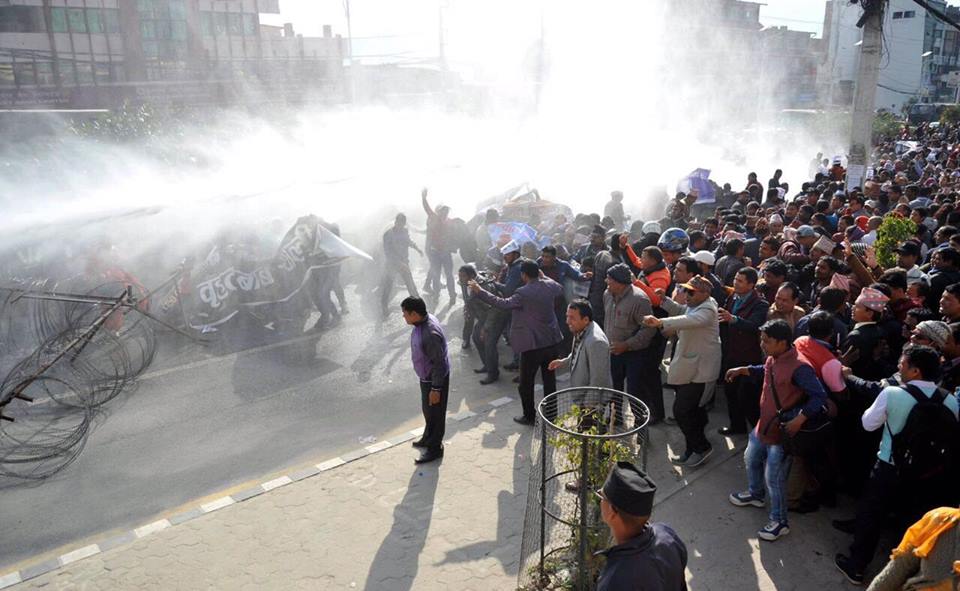 KATHMANDU, March 8: The agitating teachers, who had been staging protests since Sunday, ended their strike after reaching an agreement with the government late Wednesday evening.

According to the Ministry of Education, Science and Technology (MoEST), there are about six million students from Grades 1 to 12 studying at 27,833 community schools in 753 local units across the country. The government spends over Rs 130 billion annually on public schools. According to the relief quota teachers’ association, there are about 40,000 teachers under the relief quota teaching at the public schools while around 26,000 female teachers are involved in early childhood development (ECD) centers throughout the nation. The central government has managed to pay both kinds of teachers.

“The agreement was signed with the MoEST at 9:30pm on Wednesday,” said chair Khem Raj Adhikari of the agitating teachers’ association. “The agreement includes converting existing seats of relief quota teachers into approved quota of schools under certain standards and calling internal open vacancies for us, removing 20 percent quota proposed in new education bill for us, omitting proposal to call vacancies within a year and managing treatment cost for the injured teachers in the course of agitation,” said Adhikari. “We returned to our schools from today by ending the strikes,” he added.The public school teachers hit the streets from March 3 after the MoEST drafted the Federal Education Bill, proposing only 20 percent of relief quota and ECD teachers to be appointed through internal competition in the permanent posts within a year.

Krishna Prasad Kapri, secretary at the MoEST, said that the agreement does not speak anything about percentage or allocation. “We will discuss with the Ministry of Law and send it to the Ministry of Finance for approval. After it is approved, the process will go ahead,” said Kapri, who was involved in the negotiation and agreement process on behalf of the MoEST. “However, quality concern of the public schools will not be compromised in terms of appointing the teachers,” he added.

KATHMANDU, Jan 15: Civil society members on Tuesday urged the government and political parties representing in the parliament to save... Read More...

Classes disrupted at community schools due to teachers’ strike

KATHMANDU, Oct 2: Classes have been disrupted at community schools across the country due to the strike of Nepal School... Read More...

National Assembly to meet on January 31
52 minutes ago