After two months of construction, a bridge over Roshi Khola lowers 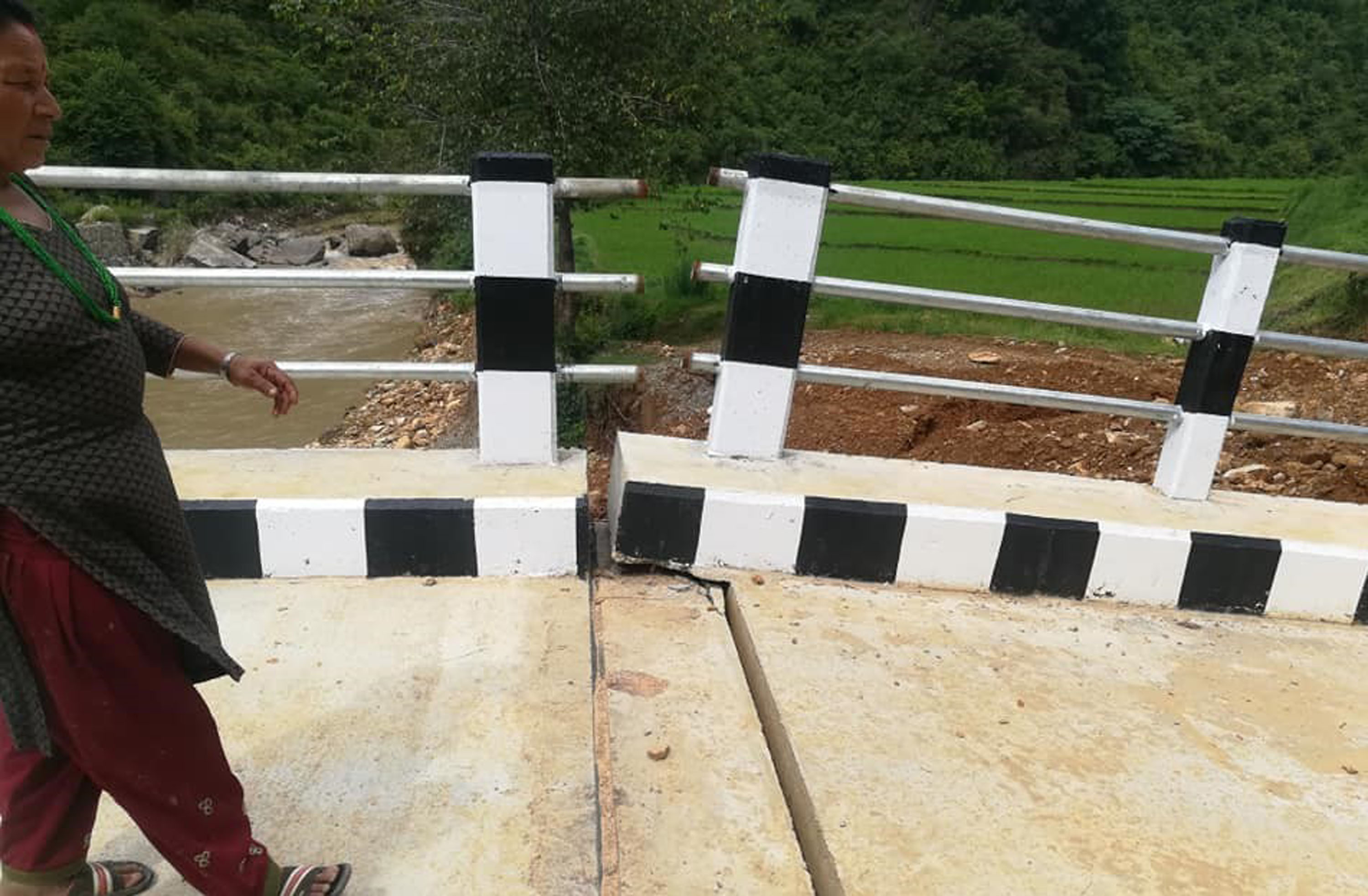 KAVREPALANCHOWK, July 21: A bridge over the Roshi Khola linking Balthali and Samiltar in Panauti Municipality of Kavrepalanchwok has lowered, signaling the threat of collapse.

Constructed two months ago by Bhagwati JV Construction Company through the fund managed by the National Reconstruction Authority, District Implementation Unit Subsidy Management and Physical Infrastructure Office, the bridge was built at the cost of Rs 300 million.

The bridge that measures 35.6 meters in length has caved in someone feet towards the part that links Salmitar while it caves in around six inches towards the part linking Balthali. Some of the bridge's pillars on Balthali side are damaged and fell into the river.

Physical Infrastructure Office Chief, Loknath Regmi, however, said the beam of bridges was not caved in. "The technicians have already taken stock of the bridge. The slabs were damaged as water entered without anyone's knowledge while constructing it."

He further said the construction company would reconstruct the bridge as there was a clause in the contract for reconstruction in case of the fault within one year.

The details of the damages were noted and the quality check of the bridge would be conducted. "The construction company will be held guilty if the construction was not met with standard mentioned in the contract," informed Regmi.

The locals had brought to the attention of the local authorities about the damages in the bridge. Panauti Municipality Mayor Bhim Neupane said that a monitoring team of the Municipality had found that the bridge was sub-standard in June and had submitted a report on the same too.

He called for a serious discussion between the donors and construction companies concerning the damages and re-construction of the bridge. "We are not accountable for the sub-standard bridge as we had already drawn the attention of concerned authority towards it."

Located between India and China, Nepal has repeatedly stressed that it is willing to leverage its location to bridge cooperation... Read More...