In the last edition of the National Games, Rai had won seven gold medals.

At the Judo Hall in Karkando, Rai won the gold in men’s floor garnering 7.75 points as APF’s Dinesh Sunuwar and Province 3’s Ujjwal Tiwari finished second and third respectively.
In vaulting table, Rai had to satisfy for silver as Tiwari bagged the gold with 7.25 points and Province 3’s Tridev Giri finished third.

Sepak Takrow
Army has won in all four categories of the fifth National Sepak Takrow Tournament.
At Gulariya, Bardiya, Army defeated Province 3 21-17, 21-12 to win the men’s doubles, while it also won the women’s doubles, men’s and women’s regu categories as well.
A total of six teams—Army, Province 1, Province 3, Gandaki, Province 5 and Sudur Paschim—took part in the tournament which was played in league-cum-knockout format.

Handball
APF and Gandaki Province have set the summit clash for men’s category in the ongoing National Handball Tournament.

In the premises of Nepalgunj Stadium, APF defeated the other departmental team Army 32-26 to reach the final, with nine goals from APF’s Lokendra Chandra.

In the other semifinal match, Gandaki overcame Province 3 40-18 courtesy of seven goals each from Dinesh Shrestha and Karan Thapa. Province 3’s Amar Shrestha hit seven goals too.
Meanwhile, Army will play against APF in women’s category.

At the District Administration Office, Army saw off Province 1 38-17 with Kabita Rai scoring 11 goals for Army, while in the other last four clash, APF got past Gandaki 22-4 courtesy of seven goals from Devi Shrestha.
Both the finals will be played on Tuesday. 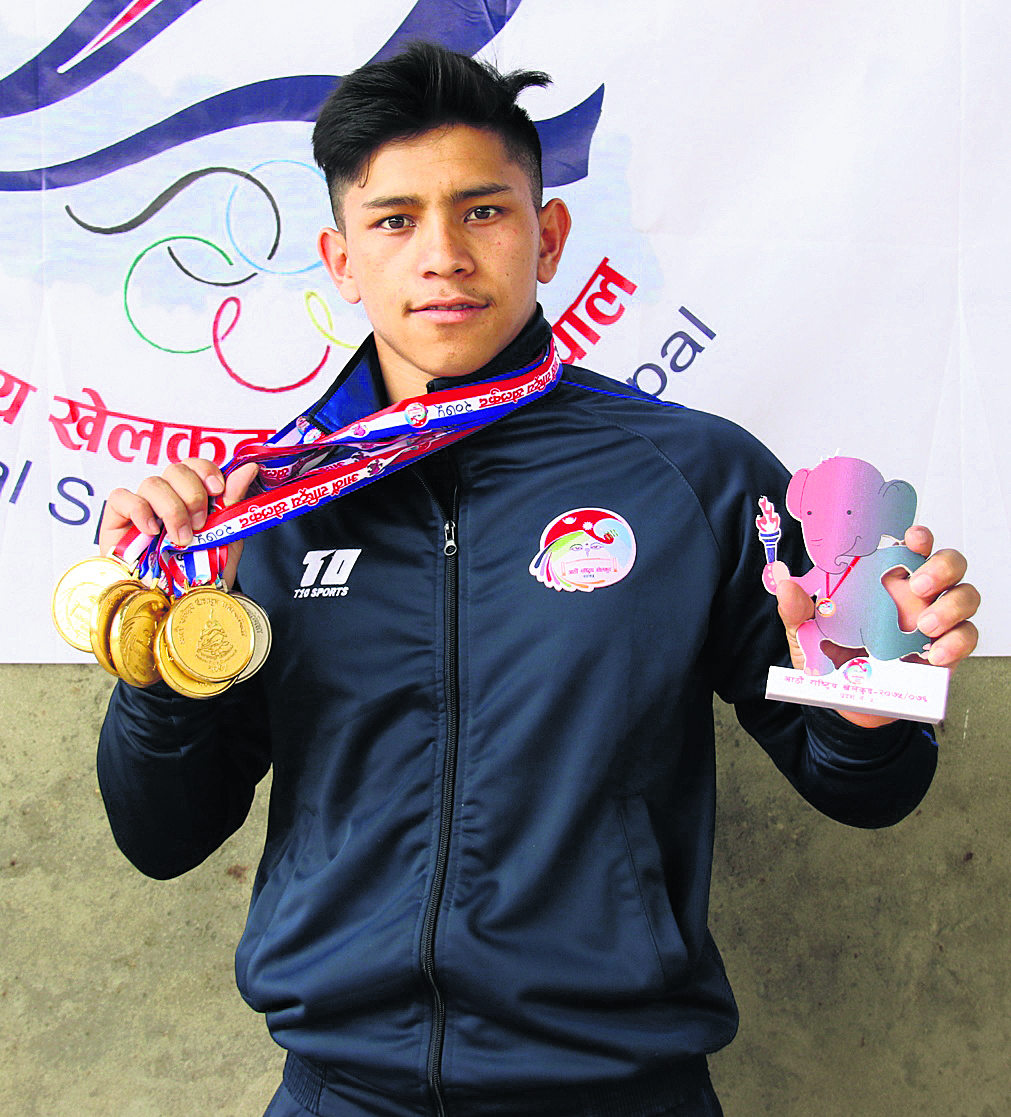