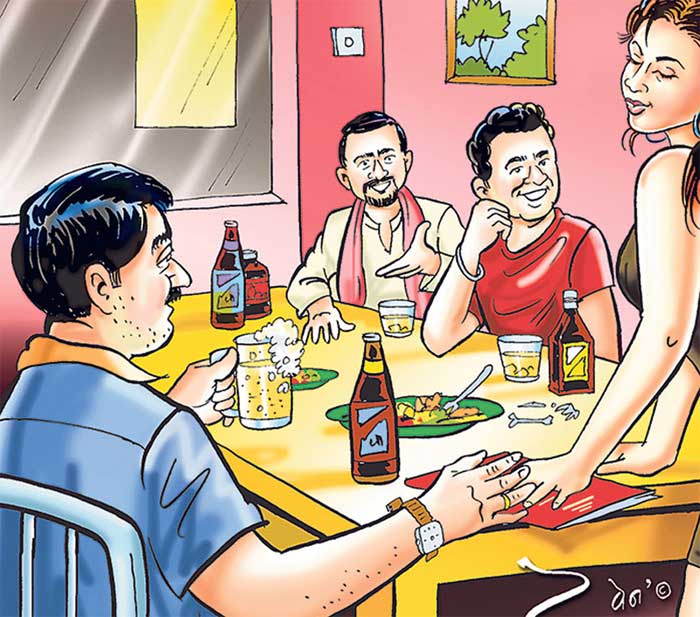 “Many problems will be solved if government bans alcohol. We can afford our children’s education and buy them better clothes and good food”

With the ban on alcohol in northern India, especially Bihar, news reports are coming glorifying the impact through women’s perspective. I was reading some stories where women talk about about its positive effects and how the historic decision of ban has changed their lives.

“Our kids are now going to school. There is no shortage of food and vegetables at homes,” said Champa Devi, a slum resident. Another woman Rekha Devi said, “Now there is no quarrel at home. My husband has given up drinking habit.” Bihar government had imposed a ban on the sale and manufacturing of liquor on April 5, 2016. It is said there used to be daily fights and domestic violence before the ban. The cases have abated.

In the past one decade, I got an opportunity to visit 67 districts of the country. Alcoholism was an alarming issue for the people, especially the poor and the marginalized. Women had to suffer much whether it is in the hills or the plains. They say most of the money is spent on alcohol that eventually affects their children’s education and their day-to-day food. The affliction of excessive consumption of alcohol also adds debt in the families as they have to spend money for their treatment in the hospitals.

Liquors everywhere
A couple of years back, I was in Bajhang. What I noticed was really surprising. As we entered Bajhang I could see a lot of shops selling ‘alcohol products’ on both sides of the road with signs printed on huge billboards, “Hotel, Lodge and Alcohol’. This was a strange sight for me. I visited almost 15 shops on the way as we ran out of drinking water. I couldn’t get a single bottle. Then I bought few bottles of cold drinks to quench thirst.

Once we drove to Chainpur, I witnessed another unusual thing that we don’t get to see in other places of the country. There were many women unloading goods from a bus and delivering them to different shops. They were working as porters. I asked them why they were engaged in such works. Answers were surprising: “our husbands do not work, they stay at home, we earn money by doing different kind of jobs and once we go home we have to cook food for our children and husbands.”

One lady even shared that after all the hard work, she has to buy a ‘quarter of liquor’ for her husband as he expects it from her every day. “If I don’t, I will be beaten up.”

Chief district officer of the district said alcohol was the only product not affected by Indian blockade that lasted for around six months in 2015/16.

Even the schools see ‘drunken’ teachers during school hours almost every day. When we visited the local secondary school, we saw that not only teachers even principal was drunk and school canteen was selling ‘alcohol’.

The main challenge of this district was tackling alcohol related problems apart from domestic violence and family quarrels. In a bid to control excessive alcohol consumption, local administration imposed a rule prohibiting drinking from the morning until four in the afternoon. “Things haven’t changed yet,” he said.

The situation is even worse in the southern plains. Last month I was in Jhauwagothi of Parsa district near the Indian border. It was around eight in the morning. I couldn’t find a single man in the village. I thought they might have gone abroad for job. But that was not the case.
They were all in local bhatti (local shops selling alcohol). They were consuming alcohol to “escape chilling winter.” “We are poor. We try to forget our problems by drinking,” said a man.
Women have different stories to tell. “Our husbands spend all their money on alcohol and we always struggle to educate our children,” they said. No matter how much money they earn by working in others’ field or doing labor work in the nearby market, they spend almost all the money in alcohol. The women who earn, save and run the families have to bear the brunt.

Situation is no different in other parts of Tarai—especially in Madhesi Dalit communities.
During a recording of BBC’s Sajha Sawal, women in Hanumannagar of Saptari told us how badly they were beaten by their drunken husbands. “When we ask for money to buy books or pens for children, they say they do not have money but they have a lot to spend for alcohol,” they said. The women showed scars of tortures inflicted by their husbands. When they went to register case in a local police station, the police didn’t give much attention saying it was a ‘personal affair’. The situation of a Dom Community in Babargunj, Sarlahi district was really pathetic. The entire village is a model for several problems, including child marriage, poverty, lack of education and open defecation among others. Every one of these problems is linked with excessive alcohol consumption. These are just few examples.

Ban the booze
Listening to the good stories after the alcohol ban in Bihar, these women have been demanding alcohol ban in Nepal as well. The women in Parsa whom I met last month were asking me: “Is not there any mechanism or anyone who can help us in banning alcohol in our area?”
“Many problems will be solved if government bans alcohol. We can afford our children’s education and buy them better clothes and good food.”

They said they earn money but alcohol takes away all the earning. In Dom community in Sarlahi district almost everyone earns more than Rs 500 per day. But they are still in extreme poverty because they spend it on drinks.

As we are working to declare Nepal open defecation free country, why should not we also declare ‘alcohol’ free area or at least restrict alcohol consumption in the communities where it has affected the most?

Nepal Police data shows cases of drinking and beating is in increasing trend. Such cases have doubled in the last five years. We can imagine the sufferings in the families where this is happening. The government must come up with some steps to discourage people to drink at least to enable their kids to go to school and lessen domestic violence.

When medical professionals see patients for the first time, they have already made the diagnosis: Patients have already taken... Read More...