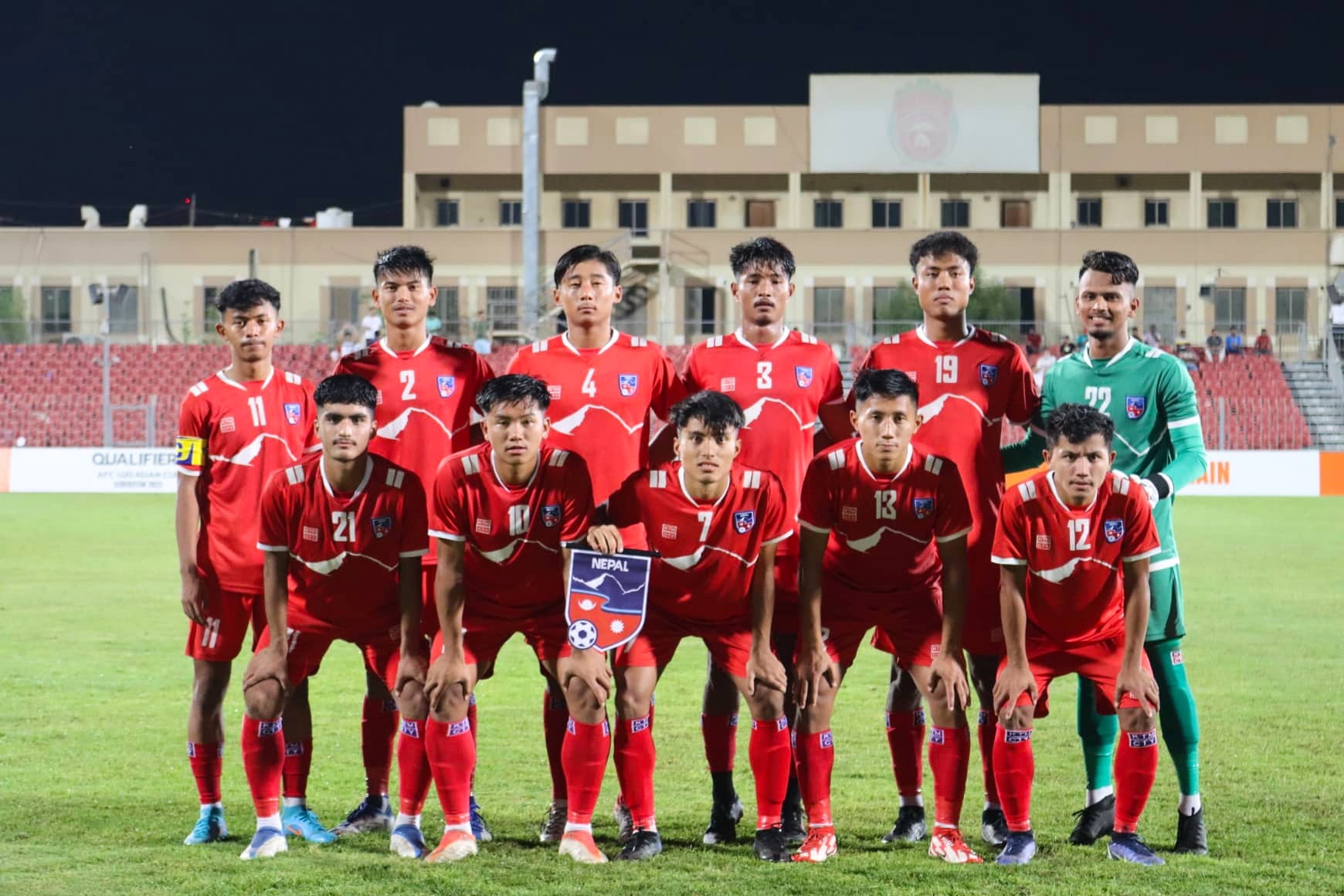 KATHMANDU, Sept 19: Nepal has been defeated by Bangladesh in the AFC U-20 Asian Cup Qualifier underway in Bahrain. Nepal faced a 0-3 drubbing at the hands of Bangladesh in the final match of the league series played last night at the Sheikh Ali bin Mohammad Al Khalifa Stadium in Bahrain.

With this, Nepal has ended its qualifier journey in the AFC U-20 Asian Cup without a win. Md Mojibur Joni, Md Pyas Nova and Sajed Hasan Nizum scored a goal each for Bangladesh. Joni netted the ball in the sixth minute of the game, giving an early lead to Bangladesh. Nova scored in the 11th minute of play taking Bangladesh to a 2-0 lead. Nepal was limited to 10 players after defender Ajaya Chaudhary got a red card in the 26th minute of the game for shoving a Bangladeshi player with an elbow.

Nepal's captain Ayush Ghalan was shown a red card in the 35th minute, reducing the team to nine players. Ghalan was given a red card for showing a 'middle finger' sign to Bangladesh player Ajizul Haq Ananto. Bangladesh was limited to 10 players with Ajizul also being sent out after getting two yellow cards.

Ajizul had teased Nepali captain Aayush. Nizum scored a goal in the 52nd minute of play sealing a 3-0 victory over Nepal for Bangladesh. This is Nepal's fourth defeat in the group stage of the tournament. Nepal faced a 0-2 defeat at the hands of Bhutan in the first match while it was trounced by Qatar 1-3 in the second match.

Nepal was defeated by Bahrain six goals to nil in the third game. This is the second victory for Bangladesh which amassed seven points from four matches. Bangladesh had trounced Bhutan while it played a goalless draw with Bahrain.

The winner of this Group B will get a chance to play in the U-20 Asian Cup to be organized in Uzbekistan in 2023.

KATHMANDU, Nov 13: Nepal and Bangladesh are facing each other in the third game of the Olympic Women Football’s Asian... Read More...

KATHMANDU, Oct 24: Economic indicators of Bangladesh were worse than Nepal's a decade ago. ... Read More...

Retreating Russians leave their comrades’ bodies behind
18 hours ago