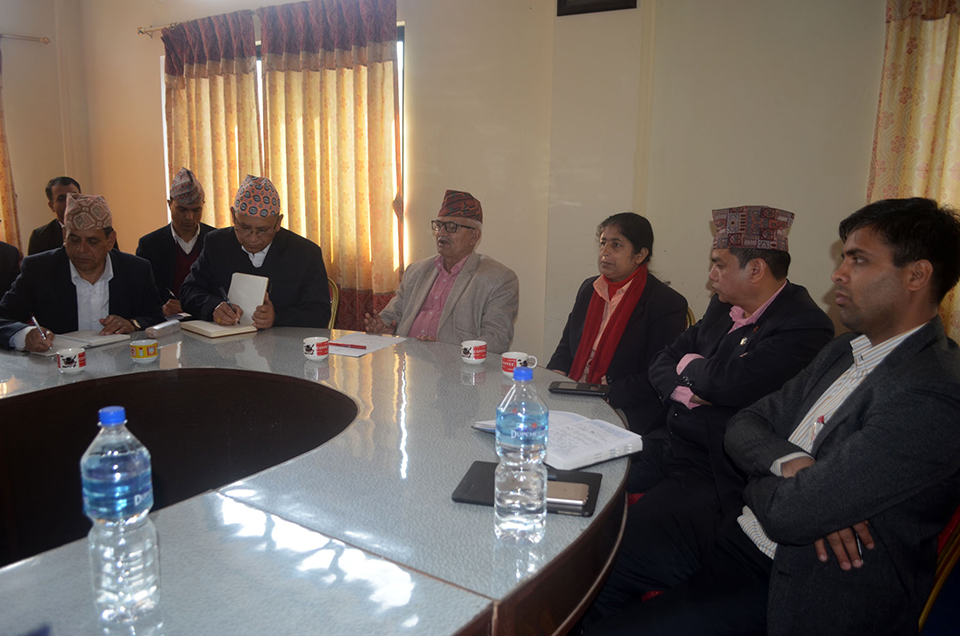 NUWAKOT, Feb 26: Chief Minister of State-3 Government, Dormani Poudel, has expressed concern, saying it appears that the shortage of employees seen in the State and the local level government offices would remain even after the employee adjustment.

The Chief Minister said this while interacting with the chiefs of the government offices in Bidur, the headquarters of Nuwakot district today. He said that although the employee adjustment process was thought to address the dearth of employees at the State and local level, there were signs that the problem would even get worse.

"It appears that even the employees choosing their work area gave first priority to offices under the center in the adjustment process and the deployment of the employees is also going to take place accordingly. So, the shortage of employees seen at the state and local level will likely remain as it is," he explained.

Chief Minister Poudel stated that the State Government was thinking of enlisting the employees on a contract basis to make up for the probable shortfall of employees after the employee adjustment. The state government was holding legal consultations for this, he added.

Representatives of the Trishuli Hospital, the public health office, the veterinary hospital, the water-induced disaster prevention office and almost all local levels in the district who participated in the interaction had drawn the Chief Minister's attention that their work performance was not satisfactory and the quality of service was waning due to the shortage of staff and the required laws.

On the occasion, Chief District Officer Uddhav Bahadur Thapa had apprised the Chief Minister regarding the state of the law and order situation in the district, the services being rendered to the general public, the level of coordination among the three tiers of governments and the problems thereof. RSS