Adhikari's body being kept at Dhumbarahi for condolence 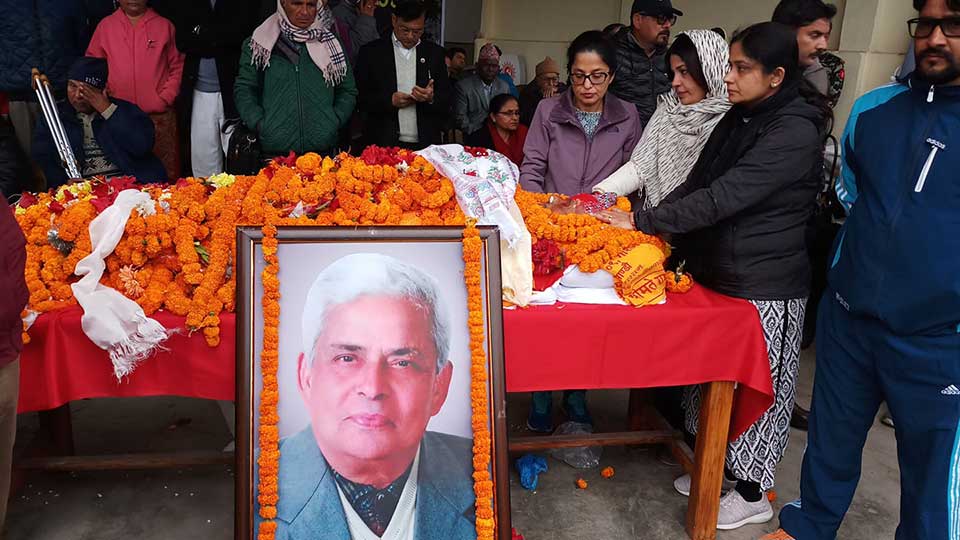 KATHMANDU, March 3: Former Deputy Prime Minister (DPM) and senior communist leader Bharat Mohan Adhikari’s body is being kept at the central party office of Nepal Communist Party in Dhumbarahi from 9 am to 12 pm for condolence who passed away on Saturday evening. He was 82.

He succumbed to his illness while undergoing treatment at Dhumbarahi-based HAMS Hospital.

Adhikari had earned popularity by introducing people-orientated programs such as senior citizen allowance and ‘Let’s build our village on our own,’ during his tenure as the finance minister in the nine-month government led by former Prime Minister Manamohan Adhikari in 2051 BS.

DHANGADHI, Sept 29: Province 7 has been named Far-western Province from Friday with Godawari in Kailali district as its capital. A decision... Read More...

A crisis with a woman’s face
48 minutes ago