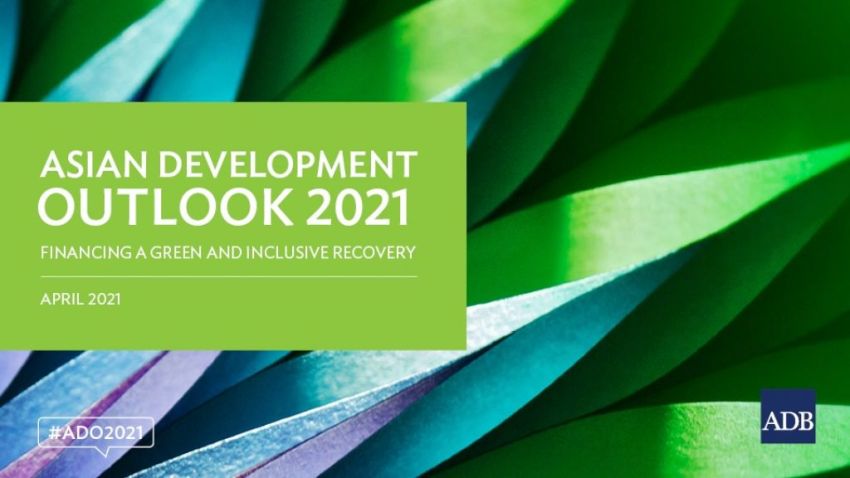 KATHMANDU, April 28: The Asian Development Bank (ADB) has projected that Nepal’s economic growth rate will stand at 3.1 percent in the current fiscal year, which is higher than the ones forecast by similar other international institutions.

Unveiling the Asian Development Outlook 2021, the flagship economic publication of the ADB, on Wednesday, the international lending institution said the growth is expected to recover from the low base in 2020. The Nepali economy contracted by 1.9 percent in the last fiscal year.

Earlier, the World Bank had projected that Nepal will gain an economic growth rate of 2.7 percent this year. Similarly, the International Monetary Fund has estimated the growth rate to stand at 2.9 percent.

The ADB has attributed the bounce back to the ongoing vaccination drive against the COVID-19 pandemic. However, it has cautioned that the second wave of infection could take down the growth of the country’s gross domestic product (GDP) than the one projected.

“If strict containment measures that have been initiated to tackle this second wave of infections are necessary for a prolonged period in the remainder of this fiscal year, then GDP growth will be lower than the forecast,” said ADB Officer-in-Charge for Nepal, Sharad Bhandari.

The ADB has also maintained high hope that Nepal will get notable recovery in agriculture, construction and micro, small and medium enterprises. Agriculture is expected to rise by 2.4 percent in FY2021 as paddy yield is likely to increase by 1.3 percent, owing to a good monsoon and increased acreage under production, the ADB says.

Similarly, the affected industries, including micro, small, and medium-sized enterprises, have been receiving economic support in the form of concessional lending and refinancing of the existing loans to mitigate the adverse effects of the downturn. “Construction has begun to pick up, while the completion of some major projects of the government is expected to boost economic recovery,” reads the ADB report.

The inflation is expected to moderate to an average of five percent in 2021, down from 6.2 percent in 2020, on the back of a good harvest, smoother supply chains, and subdued non-food prices.

Apart from an increasing threat of the coronavirus, the ADB has underscored the role of political uncertainties and policy inconsistencies and recurrent natural calamities like floods and landslides that could also undermine growth prospects. “A weaker than expected regional and global recovery would limit employment opportunities abroad for Nepali workers, which will constrain remittance and earnings from exports, and dampen Nepal’s growth.”

The ADB has also projected Nepal’s GDP growth in 2021/22 to remain at 5.1 percent, given continuation of vaccination progress against the COVID-19, regional and global economic recovery from this pandemic, assumption of a good monsoon leading to better harvest, and steady inflows of workers’ remittance.

KATHMANDU, Sept 27: The Board of Directors of the Asian Development Bank (ADB) has approved a loan of $130 million... Read More...

KATHMANDU, Dec 2: The Asian Development Bank (ADB) has approved a $186.80 million loan for starting a project to improve the... Read More...

Rain predicted for two or three more days
4 hours ago

Former PM Oli receives tika from his parents
5 hours ago

Rain predicted for two or three more days
4 hours ago

Former PM Oli receives tika from his parents
5 hours ago