KATHMANDU, July 30: A day after the Parliamentary Hearing Special Committee said that it would decide whether or not to endorse acting Chief Justice Deepak Raj Joshee as the country’s chief justice, myrepublica.com has retrieved his academic certificates.

Joshee studied in Bijaya Smarak School until grade 10. However, he gave his School Leaving Certificate examination from Bidhyapeeth of Birgunj, according to the documents. Joshee not only showed his admit card with symbol number 3667, he also showed a page of Gorkhapatra where his result was published.

Joshee’s appointment has been delayed after some PHSC members doubted his academic certificates. As a result, the committee is yet to agree on his appointment as Chief Justice.  A meeting of PHSC is scheduled at 2 PM today to further discuss into the issue. The meeting has been called by Laxman Lal Karna and Yogesh Bhattarai.

“We’ve called a meeting. If all goes well, we will endorse the acting CJ. In case of further doubts, a subcommittee will be formed for investigation,” Yogesh Bhattarai, member of the PHSC said. 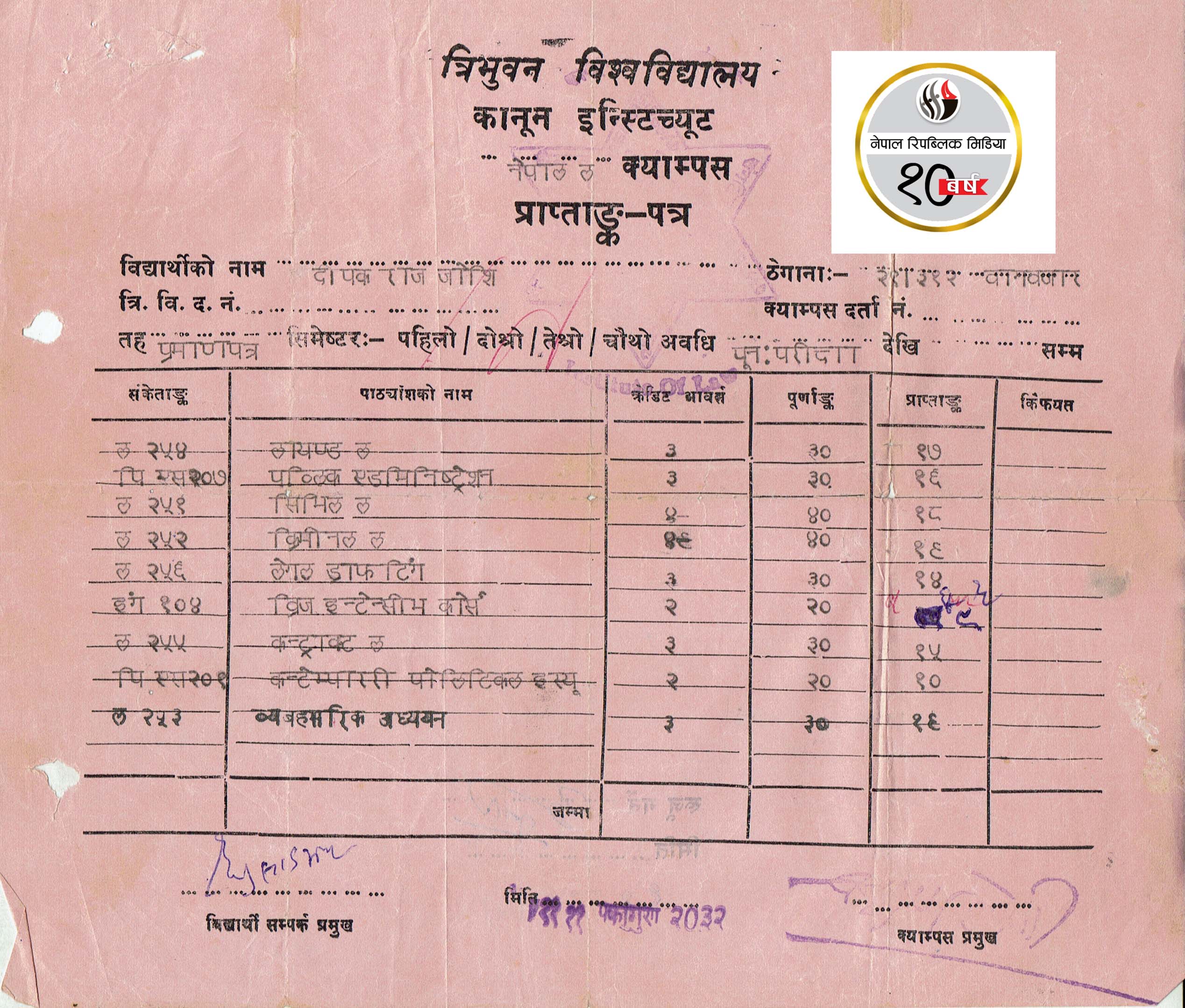 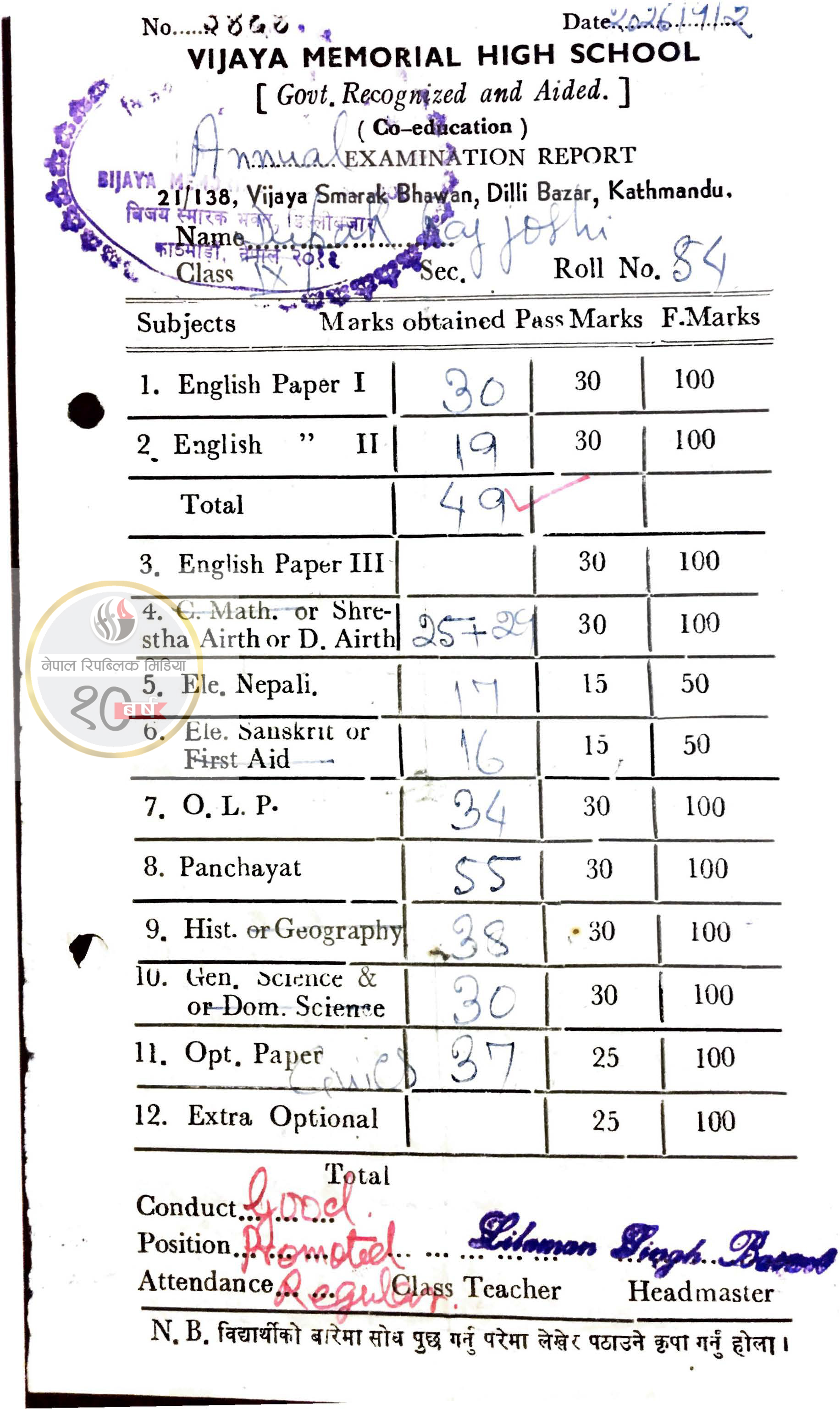 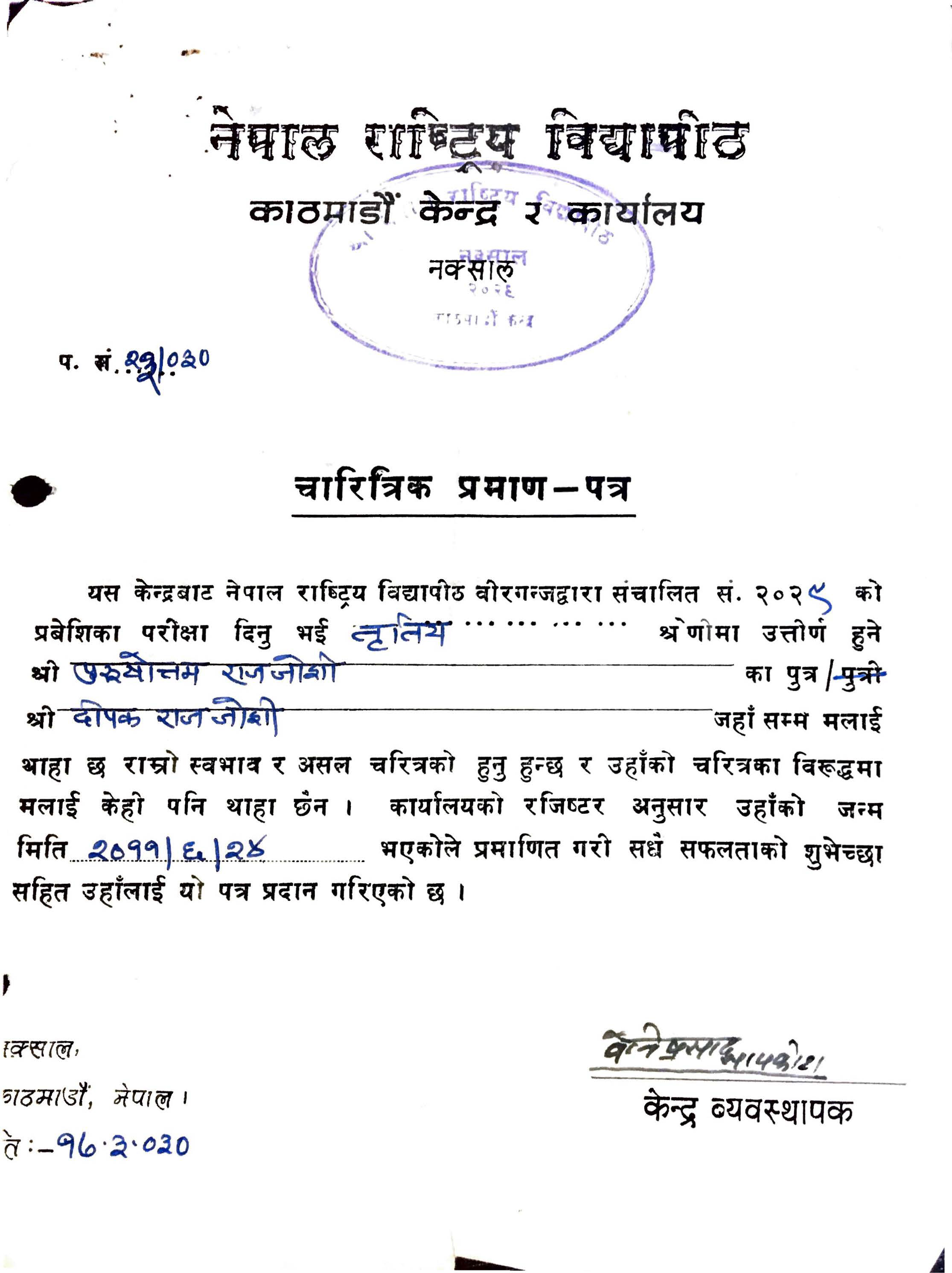 US arrests, accuses woman of acting as Russian agent

ROLPA, Jan 13: The current academic year will end soon but students are yet to be taught more than half... Read More...

KATHMANDU, April 16: A total of 159 local levels are being run by the Acting Chief even after a month... Read More...