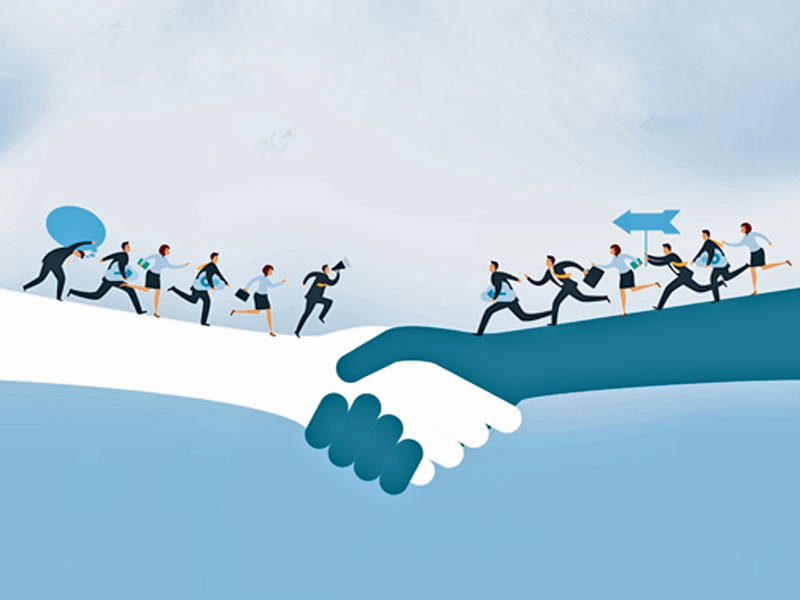 KATHMANDU, July 18: All of us know that networking is a major boost in our day-to-day life. It is manifested in our everyday connections, both online and offline. The positive examples of networking are abundant, for instance, one should know the whereabouts of the locality and concerned persons to get the right product on time. It is same in one’s career too. However, many of us regard it as a trivial work and decide not to network with people.

There’s no doubt that it is important to have an impressive resume with years of experiences and skills but what most of us fail to understand is that knowing the right person will help us climb the job ladder quickly. But does networking mean to build a relationship with everyone? It is certainly not. The key to success lies in knowing the right person in the right time.

Here are few tips to build your network so that it will boost your career.

Be the Interesting Person
In an age where the world is so immersed in fast foods, entertainment, digital games, and much more, it is almost none to next to be that person that someone wants to meet. How do you build up your portfolio so that those in the business world would be intrigued by your talent and skills? The foremost thing that one needs to have is the ability to offer something for prospective employers. These days companies want to hire someone who offers more than they ask. They want someone who is full of surprises and helps in smallest of matters.

Be interested in others
We live in an era when narcissism is high and where people are least bothered about others and only care about themselves. This behavior has led to situations where no one is interested in listening to you. So those who listen to others would have an appealing effect as people would know that you’d listen to them. The second important thing about networking is to win friends. But we necessarily don’t have to be friends with everyone.

Collect Business Cards
There’s this perception that distributing your business card is the best possible way to make new contacts. However, the problem here is that although you hand over the business card to others and not take theirs in return then there’s no way to make contact with them after the separation.
The third best way to network is by remembering what the other person said while giving away the contact card. They will surely be impressed when you contact them the following day when you remind them of the conversation you had.

Joining clubs and associations
The final move to create a sound network is by joining certain clubs and associations. But join the ones that interest you so that you will have a common interest with others and easily develop relationships. It is one of the best ways to build newer relationships and strengthen old ones.
The enlightening part of networking is that most people believe doing the above-mentioned steps would land them the best job sooner or later. However, the trick in succeeding is by being honest and being who you are. Now that’s the ultimate secret on networking for a career boost.

KATHMANDU, August 17: If you have completed your plus two level and are looking for right career guidance then 'Herald College... Read More...

REPUBLICA, June 24: Human traffickers have been using the Andaman and Nicobar Islands in the Bay of Bengal as a... Read More...