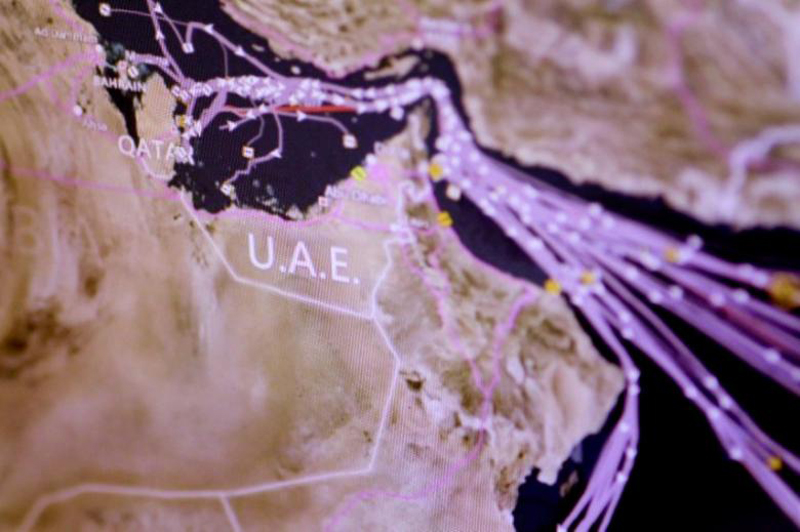 ABU DHABI, June 7: Abu Dhabi port authorities have eased restrictions on oil tankers going to and from Qatar, according to industry sources and shipping circulars seen by Reuters on Wednesday.

This effectively allows direct trade between the two ports and co-loading of crude cargoes, a Singapore-based shipbroker said.

A Middle East-based industry source said there had been no official notification on halting the co-loading of crude cargoes.

The ban on vessels carrying the Qatari flag and vessels owned or operated by Qatar is still in place, according to the circular.

But given there are few Qatari-flagged or owned vessels, this is unlikely to have as big an impact on the market as the previous circular, the shipbroker added.

Reuters reported on Wednesday two very large crude carriers (VLCCs), which can each carry up to 2 million barrels of oil, loaded Abu Dhabi grades on Wednesday, despite having taken Qatari crude in an earlier leg of the voyage.

On Monday, Saudi Arabia's Ports Authority told shipping agents not to accept vessels flying the Qatari flag or ships owned by Qatari companies or individuals, it said on its Twitter account, adding that Qatari goods would be barred from unloading in Saudi ports.

On Wednesday, Saudi's Ras Tanura oil port issued a notice stressing the restrictions issued earlier by the Saudi Ports Authority, according to a copy seen by Reuters.

Another industry source said the notice indicated co-loading of crude cargoes at Saudi ports would be allowed.

On Monday, Saudi Arabia, Egypt, the United Arab Emirates and Bahrain severed ties including all air, land and sea transport links with Qatar, accusing it of supporting terrorism. Doha denies the accusation.

US dollar soars to an all-time high
44 minutes ago