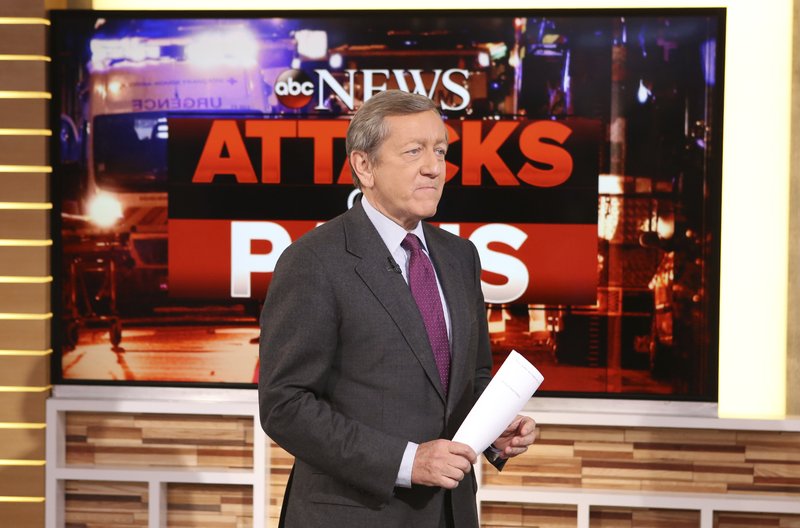 NEW YORK, Dec 3: ABC News on Saturday suspended investigative reporter Brian Ross for four weeks without pay for his erroneous report on Michael Flynn, which it called a “serious error.”

Ross, citing an unnamed confidant of Flynn, had reported Friday that during the presidential campaign, then-candidate Donald Trump had directed Flynn to make contact with the Russians. Hours later, Ross clarified the report on the evening news, saying his source had actually said that Trump asked Flynn to contact the Russians as president-elect — not before the election — about issues including working together to fight ISIS.

The network was widely criticized for not immediately correcting the report. It issued a correction later in the evening.

“We deeply regret and apologize for the serious error we made yesterday,” ABC News said in a statement Saturday from Heather Riley, its vice president of communications. “The reporting conveyed by Brian Ross during the special report had not been fully vetted through our editorial standards process. As a result of our continued reporting over the next several hours ultimately we determined the information was wrong and we corrected the mistake on air and online.

“It is vital we get the story right and retain the trust we have built with our audience — these are our core principles. We fell far short of that yesterday.” It said the four-week suspension of Ross, 69, was effective immediately.

Flynn, who is the former national security adviser, pleaded guilty Friday to lying to the FBI about his contacts with the Russians.

Ross joined the network in 1994. He has won a slew of journalism awards, including, according to his ABC bio, six George Polk awards, six Peabody awards and two Emmys, among others.

He also, though, has drawn criticism for previous errors. In just one example, ABC had to apologize in 2012 when Ross reported on “Good Morning America” that James Holmes, the suspect in the movie theater shooting in Aurora, Colorado, might be connected to the tea party, based on a name listed on a web page. It turned out to be a different “Jim Holmes.” Ross was criticized for politicizing the story with the error.

The Republican president announced his top-10 list -- which included his regular targets CNN, The New York Times and The... Read More...