A Young Musician on the rise 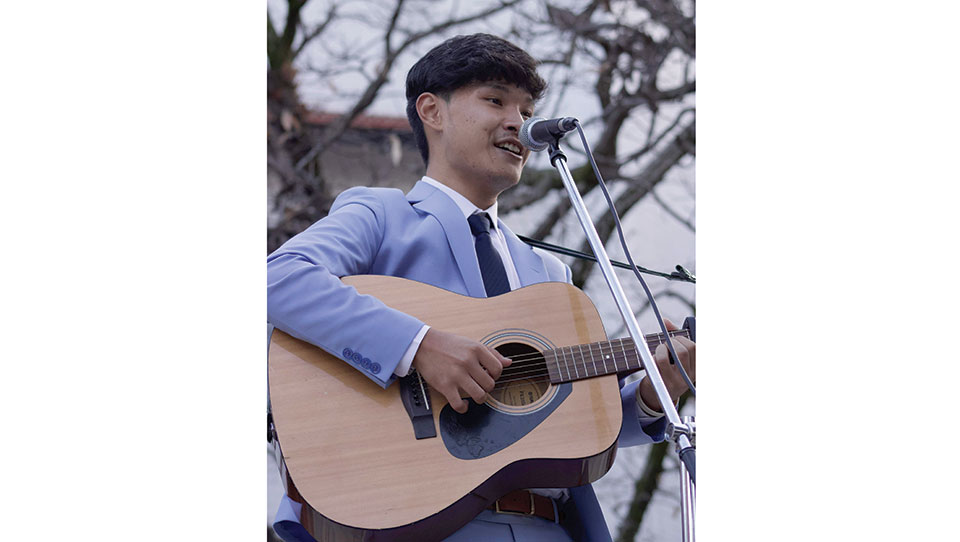 From tailing his two elder brothers when they listened to John Mayer albums when he was young to releasing his own music and opening for Rohit John Chettri, Kelsang Shrestha has come a long way in his musical career. The 17-year-old musician, who studies in grade 12 at Rato Bangla School, recently released his second single, Timilai, and the song along with its cute music video is raking up hundreds of thousands of views on Shrestha’s YouTube channel. Here, he talks to The Week’s Anweiti Upadhyay about his musical journey, and the inspiration behind his music.

How did you get interested in pursuing a musical career?
My passion for music developed because of my elder brothers’ influence over the things I was interested in when I was young. From as far back as I can remember, they’ve always been interested in music. And growing up with them naturally led me to develop an interest in music.

I started taking music more seriously when I turned 14. Till then, I was a casual listener but around the time I was 14-15 years old, I actively started listening to music with a critical ear and started learning about music composition too. So, I would say it was then (when I was 15) that I thought about making my own music and started pursuing music.

Actually, I’m not even sure if music will be my main career in the future. I’m applying to a few colleges abroad to study Economics and Environmental Science for my bachelor’s right now. But I don’t want to give up music. I’m exploring other options to find out what I truly want to do. The only thing I can say for sure is that music will always be a part of what I do.

Did you ever take any kind of musical classes?
Most of what I know about music is self-taught. I did briefly join a western classical vocals class and a guitar class but I had to quit after a month or so because the timing of these classes and my school clashed. Because I had already been learning to play the guitar and ukulele by myself with the help of online tutorials, I continued doing just that. Same with composition and singing. I wouldn’t say I’m a fantastic singer yet but I sing very often and my voice is getting stronger with practice. I recently started learning how to play the piano too.

There are a lot of people your age who are interested in music but don’t have the self-confidence or the means to officially put out songs. What pushed you to do this?
When I first wrote Bijuli Dai, my first single, I realized that its lyrics were very relatable for people my age. It’s about wanting to achieve your goals and make something out of your life even though you’re not sure of your path and aren’t really that motivated to put in a lot of effort. So, I wanted to release this song to give a voice to people my age and tell them they aren’t the only ones feeling this way. I started meeting up with people who could help me record the audio and video of the song but because of one thing or the other, things would fall off midway. This period was really difficult for me because even though I was investing a lot of time and energy to release the song, nothing really materialized out of it. This incident pushed me even more to do everything I could for the release of Bijuli Dai.

There’s another incident that also encouraged me to release my songs. A few years ago, one of my brothers uploaded a song he’d written himself on Soundcloud. And even though the song was good and he has a good understanding of music, he didn’t want to pursue music because he didn’t think he would make it as a musician. This upset me a little. I wanted to prove that even young people who want to pursue a creative and unorthodox career like music can be successful.

Are you working on any new music right now?
I’m working on a few things at the moment but I don’t want to talk about them so early as nothing concrete has taken shape. I’ve only released singles till date so I want to put out an album now. It might take a few months, but I’m willing to put in the effort to come out with a full-fledged album. If the plans for that don’t work out then I will at least try to release another single within the next couple of months. 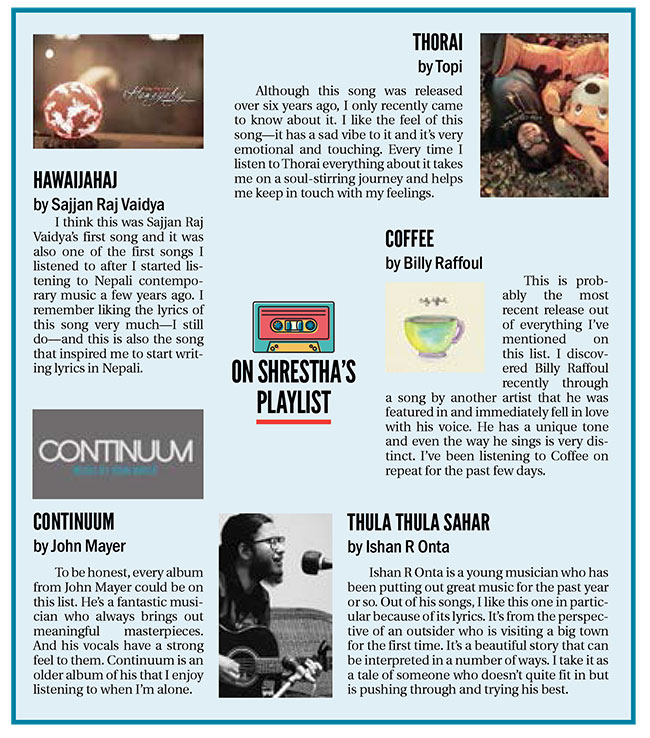 As a young boy he watched in amazement as musicians performed on stage. It was an image that carved a... Read More...

Spreading Happiness with a Sarangi

Bukund Gandharva is 49. He is a musician- a Sarangi player. He first held the instrument as a kid. He... Read More...

Nepal reports highest single day spike in COVID-19 infections, cases reach 772
2 hours ago
India evacuates three Nepali nationals from Australia and one from Indonesia along with Indians
20 hours ago

Accept the truth
3 hours ago

43 more COVID-19 patients recover in Birgunj, no patient in Narayani Hospital
11 hours ago