A week late, but India's monsoon arrives in southern Kerala 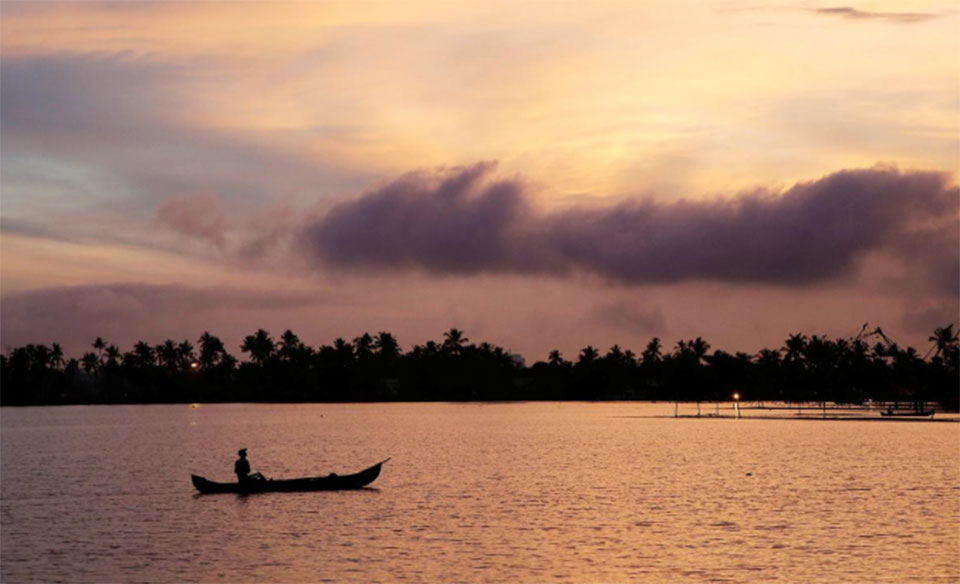 A man rows his boat in the tributary waters of Vembanad Lake against the backdrop of pre-monsoon clouds on the outskirts of Kochi, India, June 7, 2019. REUTERS/Sivaram V

NEW DELHI, June 8: India’s annual monsoon, which delivers about 70 percent of the country’s rainfall, officially arrived on the coast of southern Kerala state on Saturday, the weather office said, a week later than usual.

The delay has had a big impact on farmers and millions of Indians this year, as an ongoing heat wave has sent temperatures soaring across the country and dried up reservoirs.

Monsoons are the lifeblood of India’s $2.5 trillion economy, spurring farm output and boosting rural spending on items ranging from gold to cars, motorcycles and refrigerators.

The India Meteorological Department (IMD) said in April that India, where half of the farmland lacks irrigation, would likely receive average monsoon rains this year.

Water is typically scarce in the summer months, but the situation has been particularly grim this year in western and southern states which received below average rainfall in the 2018 monsoon season.

Depleting reservoirs have even forced some municipalities in places like Chennai, Mumbai and Hyderabad to cut supplies to ensure water lasts until the arrival of the monsoons.

Key cotton growing western states of Maharashtra and Gujarat, which account for 27 of the 91 reservoirs in the country, had storage shortages of 64% and 27% respectively as on Thursday, compared with the 10-year average.

The tea and rubber growing state of Kerala, known for its plentiful rainfall, had a shortage of 12%, accourding to the Central Water Commission.

The monsoon usually covers the half of the country in the first 15 days. The rains reach central India’s soybean areas by the third week of June and western cotton-growing areas by the first week of July.

After a wet spell, sowing of summer-sown crops gets off to a strong start, boosting crop yields and output which in turn raises rural incomes and usually lifts consumer spending in India.

Good rains will spur the planting of crops such as rice, corn, cane, cotton and soybeans.

However, higher production could low crop prices, a major cause for concern in rural India in the past few years.

The weather bureau declares the arrival of monsoon rains only after measures including consistency of rainfall over a defined geography, intensity, cloudiness and wind speed are met.

It defines average rainfall as between 96 percent and 104 percent of a 50-year average of 89 cm (35 inches) for the entire four-month season beginning June.

Chances of heavy rain in some places

KATHMANDU, June 26: Heavy rains are expected in some places across the country today. According to the Department of Hydrology... Read More...

Weather to improve from Saturday

KATHMANDU, August 27: The monsoon, which has been active for the past few days, is expected to weaken from Saturday.... Read More...

KATHMANDU, Aug 19: The effects of low-pressure monsoon has caused nationwide cloud and resulted in rainfall in some parts of... Read More...