A true Nepali can never be anti-Indian or pro-Chinese: Ishwar Pokharel 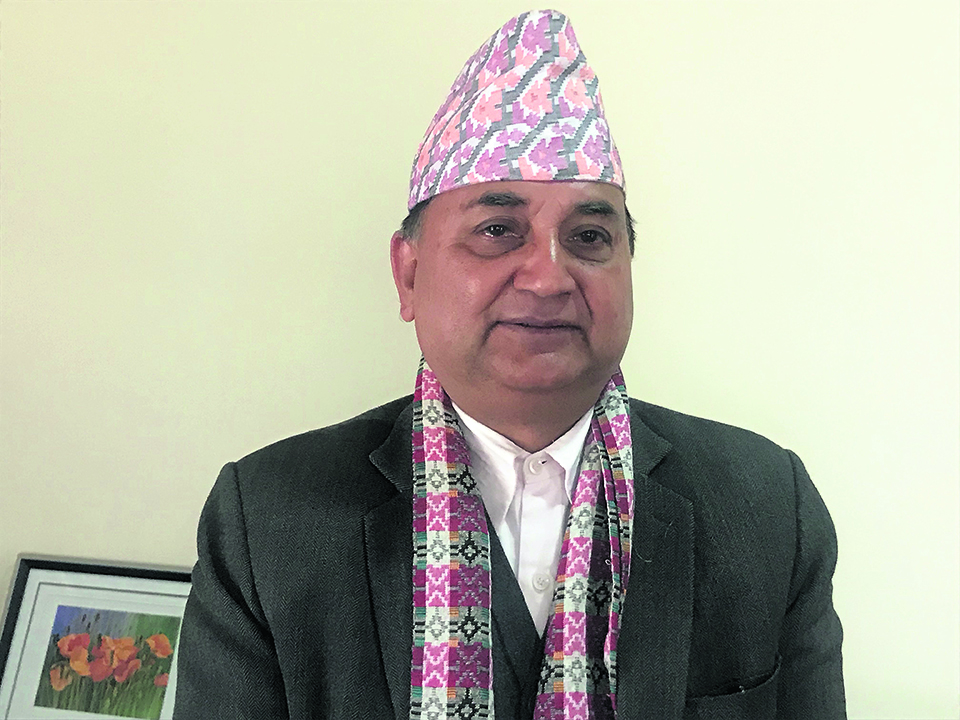 Ishwar Pokharel, general secretary of CPN-UML, won a landslide victory from Kathmandu-5, beating his Nepali Congress rival Prakash Sharan Mahat. He is a powerful member of CPN-UML. Republica caught up with him to discuss the party unification, new government and more. Excerpts:

Why did CPN-UML feel the need for party unification?

We had even thought about unifying the party soon after the movement of 2006. There were lots of issues we did not agree with the Maoists even few years ago. We were on different ideological frame and we renounced violence. Today, the scenario has changed. There is now limited space for political players to maneuver. This also brought us together. We now have the same ideology -- multi-party democracy and progressive agenda to help improve people’s life. So, it is natural for us to be unified.

As one of the coordinators of the task force to figure out the details of 60-40 allocation of tickets for the provincial and federal elections, I was initially skeptical of the viability of party unification.  This was a complicated and huge task. But we did this after 25-28 days to hard work. With few exceptions, both the parties accepted our proposal from the very top to the bottom, which made us realize that party unification was indeed people’s demand.

We now have seven-member party unification committee and I am one of the members of the committee. Soon after the results, we will start the conversation on party unification. How was it possible for the alliance for landslide victory?

Ours is a party with strict structure in place. We operate within that framework. Running a political party is not an easy task. It requires sacrifice and dedication for years. Both Nepali Congress and CPN-UML went through that hard work and sacrifice. Celebrities can’t run a party on a whim. You can’t run party on social media. You got to understand the ground reality and the attachment with the people.

How will the major posts be decided in the new government?

More than managing the leaders, it is the time for us to think what is the best way to serve the people. Our urgency is to think of ways to expedite development and progress. KP Oli led this movement and we even discussed internally to declare him as our prime ministerial candidate but we decided to withhold that due to various reasons.

How will our economy look like after the left alliance comes into power?

We will move forward with the project agreements done with our neighboring countries. Also, we have made a time-bound working calendar to deliver on our promises made in the campaign. We have plans for one, two, five and ten years.

Indian and some western media have portrayed alliance of CPN-UML and the Maoist Center as anti-India and pro-China coalition. How will the new government tackle this perception?

Our relations with India will be excellent. We are keenly aware of the security concerns of both India and China. We will ensure that Nepal won’t harm the interest of both the countries. But we will always look for Nepal’s interest.

Does the alliance see the need for constitution amendment?

Constitution is a living document. It is not set in stone. We can always make the amendments as per our exercise, experience and the need of the country. If some of the forces inside the country feel the need for amendment, then we can always sit with open mind and discuss this.

You won a big election in Kathmandu-5 after two losses there. What are some of your plans for your constituency?

I have been working on moving forward the agenda of Kathmandu-5. I have social-based relation here. Also, people have understood my role in national political conversations.
Kathmandu-5 has 22 hospitals and 42 national-level schools and colleges. I will work to cooperate with these institutions to provide affordable and easy access to education and healthcare to the people of Kathmandu-5.

Handigaun was the capital during the Lichhivi period. We can find some writings of the time. Nepali princess Bhrikuti married to Tibetan King Tsrong Chong Gampo in the 7th century in this area. There are plenty of historical sites in this area which have the potential to become a tourist hub. I will work on these historical projects to bring in more tourists in this region.