A trek to Langtang 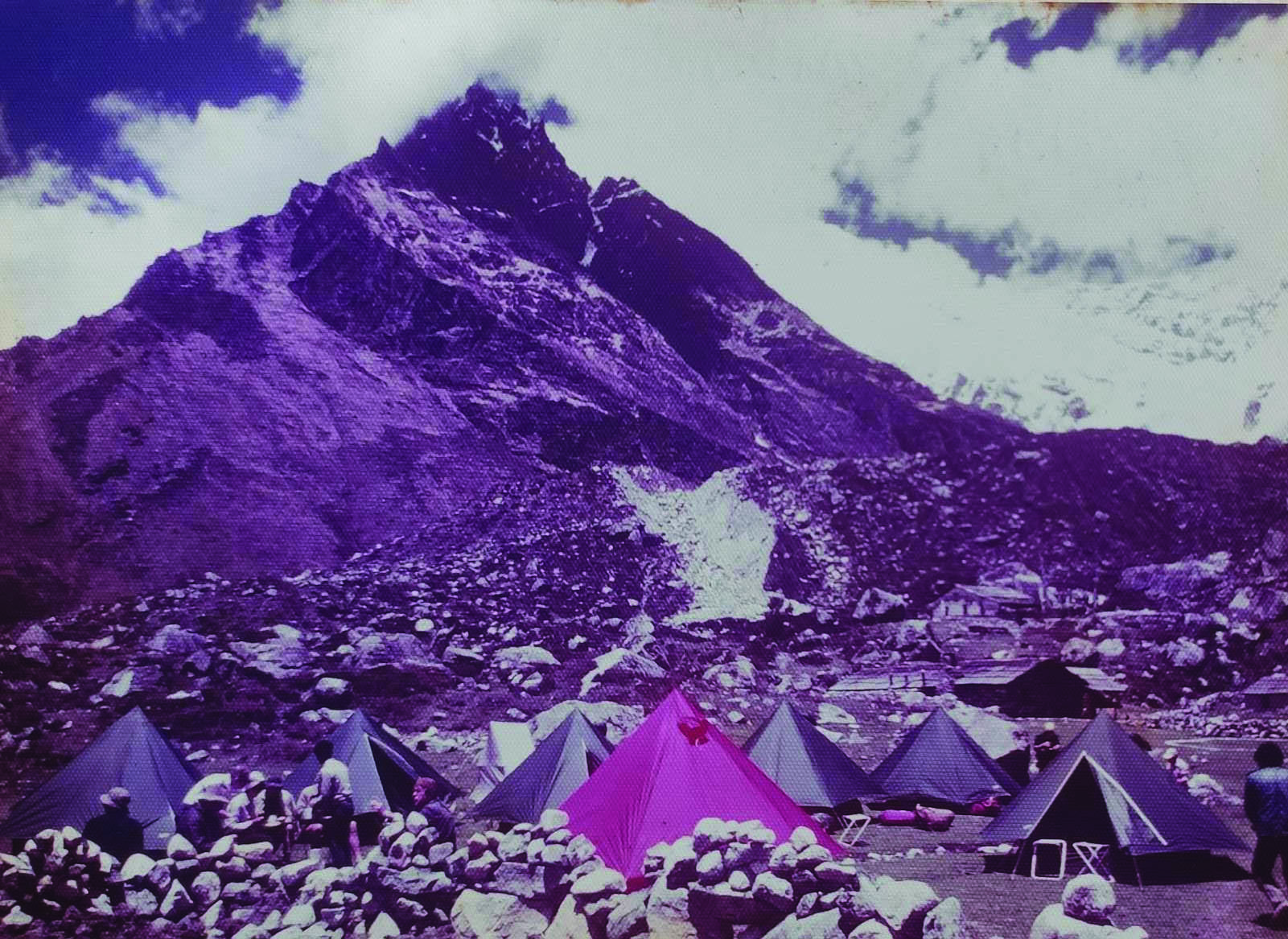 The contributor for Republica.
md.shrestha@hotmail.com

Foreign trekkers would climb up on the branches or sprawl and crawl on the ground to capture close-up of floras with a camera. When we watched this, we realized the importance of our flora

It was an overcast May morning. A cool breeze was blowing gently, giving me some goosebumps. A Sherpa guide came in a Tata bus to pick me up from the New Road Gate which drove us to a hotel in Durbar Marg. The guide went in and fetched the foreign trekkers and ushered them into the bus whose roof had a stack of equipment and provisions for our trekking expedition. It had begun to drizzle, and the driver and his helper hastily climbed onto the roof to pull a tarpaulin sheet over the cargo. The Sherpa guide welcomed the trekkers and recapped the details about the drive to Trisuli and hike up to Betrawati, our first trekking camp.

Some members of the expedition wanted to buy umbrellas. So we headed toward Bir Hospital from where we took a walk to Mahaboudha alley. After the purchase, we drove toward Balaju on our way to Trisuli via Kakani and Ranipauwa. From Trisuli we walked to Betrawati.

The drive on the narrow winding road was pleasant. As our bus climbed higher, pine trees lined up the road on both sides. We stopped at Ranipauwa, which had a few houses and some shops, including one or two rundown tea shacks. A few vendors were selling radish on the street. We ate our packed lunch and drove downhill toward Trisuli. On arrival at Trisuli, we hiked up to Betrawati, where the trekking crew had already set up the camp for the night by the bank of Trisuli River. They greeted and served us hot beverages and snacks.

We had a supper around seven pm, alfresco style. While we dined, we got to know the trekkers well. There were 20 of them, including the tour escort named Oleg Polunin. The rest were all his clients who were all members of the Royal Botanical Society of England. Of the 19 trekkers, one was a German national, and the rest were British. They were on a nature trek, to study and photograph the Himalayan flora, especially orchids.

After our dinner, the guide briefed us on the details of the following day’s trek after which we retired for the night.

The following morning the kitchen boys gave us a wake-up call with a hot cup of bed tea. They brought us a bowl of warm water to wash our face and a mug of water to brush our teeth. Before heading for the breakfast table, we readied our day pack and water bottle. While the kitchen boys attended to us, the rest of the other staff undid the tents and camping paraphernalia, packed them into dokos and off they went ahead of us.

We, too, left Betrawati for Ramche, our next campsite. We walked through the dry fields of Trisuli, climbed up on the hills and passed through small hamlets. The day was hot, but the cold breeze would refresh us at every bend on the trail. We would stop by to drink tea at village shops. Coke and Pepsi were still light-years away. We stopped for a cold lunch at a cool place. Sherpa guides would flank the front and back of the group with other walking along with us, answering our queries and curiosities or helping us to negotiate slippery and missing trails. At one point, a makeshift bridge of a narrow wooden plank connected a portion of the trail on the wall of a hill. The very sight of it sent a shudder through my spine, and two guides held my two hands to help me traverse it.

At Ramche, our campsite was on a terraced rice field. A thunderstorm accompanied by lightning and rain woke us up at night. The guides and porters were digging earth to make channels around the campsite to drain out the water flow. The overnight rain cleared the mist, haze and dust giving us a picture-postcard view of the Himalayas in the distant. The following morning, we headed toward Dhunche, with a checkpoint, for our camp on the third night. From Dhunche to Syabru and Ghoda Tabela, which were camps for the fourth and fifth nights, respectively, the landscape changed dramatically. We crossed the Langtang Khola and passed through forests with tall trees but did not see a single wild boar or the iconic red panda or any bears in the thick undergrowth. At Lama Hotel, we enjoyed local tea at a shack. On the sixth night, we spent the night at Langtang Valley. We went to Kyangin the next day and spent three nights. We took day excursion right up to Langsisha, a narrow valley with nothing but wild shrubs.

On our return leg, we took a detour from Sherpa Gaon to Syabru Besi, which had flourishing Tibetan carpet factories, before climbing up to Dhunche.

The foreign trekkers would climb up on the branches or sprawl and crawl on the ground to capture close-up of floras with a camera. When we watched their interest, we realized the importance of our flora.

PANCHTHAR, Oct 27: To make it easier for trekkers to find their way through heavy snow, Kangchenjunga Conservation Committee has installed... Read More...