Board Topper Kishore Thapa shares memories of SLC from his days 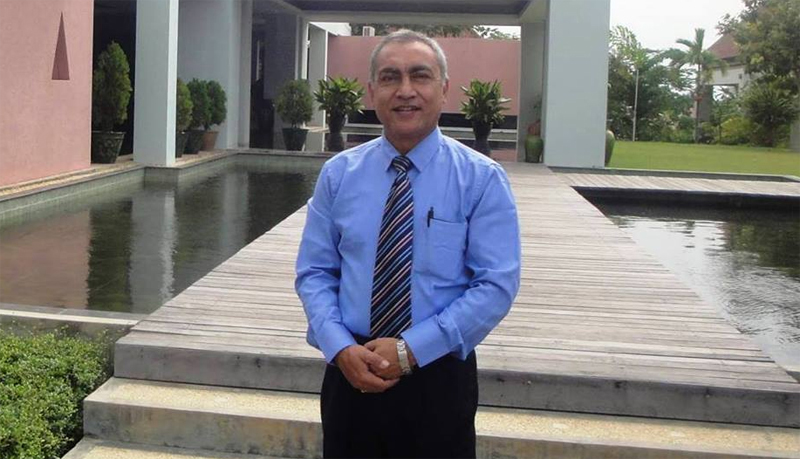 KATHMANDU, June 27: The SEE, 2076 exams are done with. The results are out. Meanwhile, Republica's Sanskriti Acharya was in conversation with the former secretary, Kishore Thapa, SLC board topper in 2031 BS.

Thapa shared his experiences as the topper and also the contemporary scenarios during the exams back then.

Thapa's experience in his own words:

I was only 16 when I passed the School Leaving Certificate (SLC) examination. I scored 74% in the SLC and was declared the SLC board topper in 2031 BS. I still can feel the moment when I was informed about it. I had a mixed feeling. I was amazed, confused, and shocked. But above all, I was extremely happy. I felt like a celebrity since everyone around treated me with the same. People stared at me, hugged me, congratulated me and most importantly they expected a lot from me.

Back then, the SLC result was announced via Radio Nepal. Likewise, they were published early that morning, in the Gorkhapatra newspaper.

I did my schooling from Laboratory School in Kathmandu. Likewise, I secured the third position in the  ISC examination. I completed my Bachelor degree as an architect-engineer from Kolkata and completed my Master’s degree from Delhi.

I served in the Nepal government for over 32 years. I was the secretary at the Ministry of Urban Development, Ministry of Education and Ministry of Tourism and Civil Aviation.

Even when I was serving in the government, everybody keenly expected me to do something great and different, considering my excellent academic background. Sometimes this expectation made me frustrated. But, on the other hand, it further encouraged me to do something new.

About 28,000 students appeared in the SLC examination back in 2031 BS and only 230 students secured the first division.

It was a big deal to achieve the first division at that time. I was shocked when I got to know that I was the one who topped the SLC board.

During those days, two or three people committed suicide at Rani Pokhari in Kathmandu, fearing that they would be branded as a failure for the rest of their lives. So, the government deployed police force around Rani Pokhari.

I like Secondary Education Examination (SEE) introduced the grading system which we lacked in our time. The grading system has lessened the frustration among the students and opened up a wide and equal opportunity for everybody.

KATHMANDU, Oct 6: The National Examination Board (NEB) has published the result of Grade 11 on Saturday evening. ... Read More...

Trump says he may not accept election result, in challenge to U.S. democracy

LAS VEGAS, Oct 20: Republican candidate Donald Trump on Wednesday would not commit to accepting the outcome of the Nov. 8... Read More...

KATHMANDU, June 12: Results of the School Leaving Certificate (SLC) examinations that were held in March will be published within... Read More...