A matter of perspective 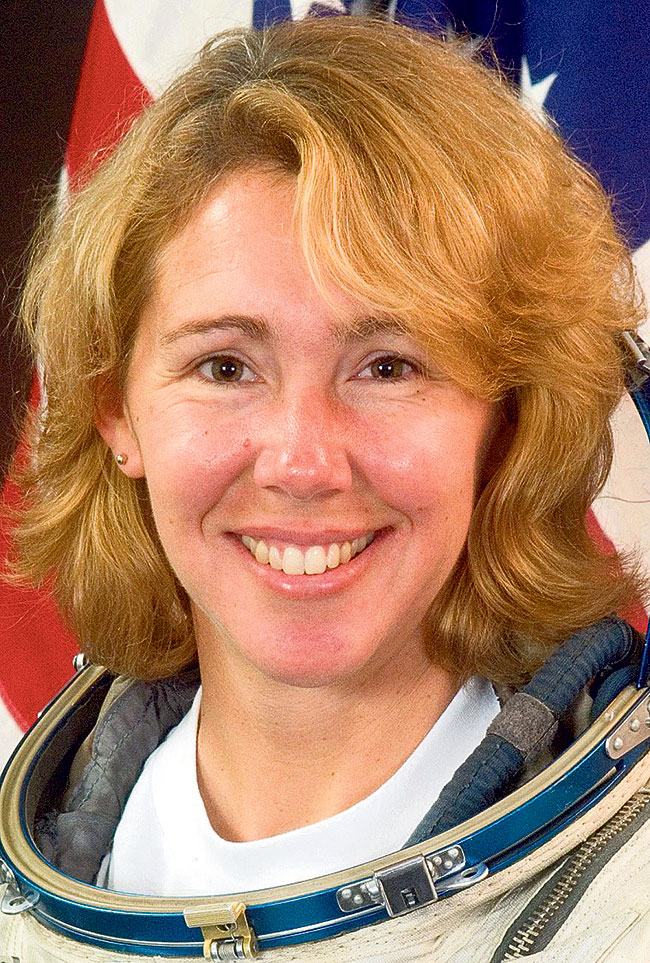 Sandra Magnus, a former American astronaut and NASA scientist, on life and how nothing is a big deal, if you don’t make it out to be.

For someone who has spent almost half a year in space and seen the earth in its entirety, nothing remains the same. That holds true for Sandra Magnus, a former American astronaut and NASA scientist, who was in the space for 157 days on three different trips out of the earth’s orbit. Sandra says that once we have seen the greater picture at an experiential level, the perception shift happens. 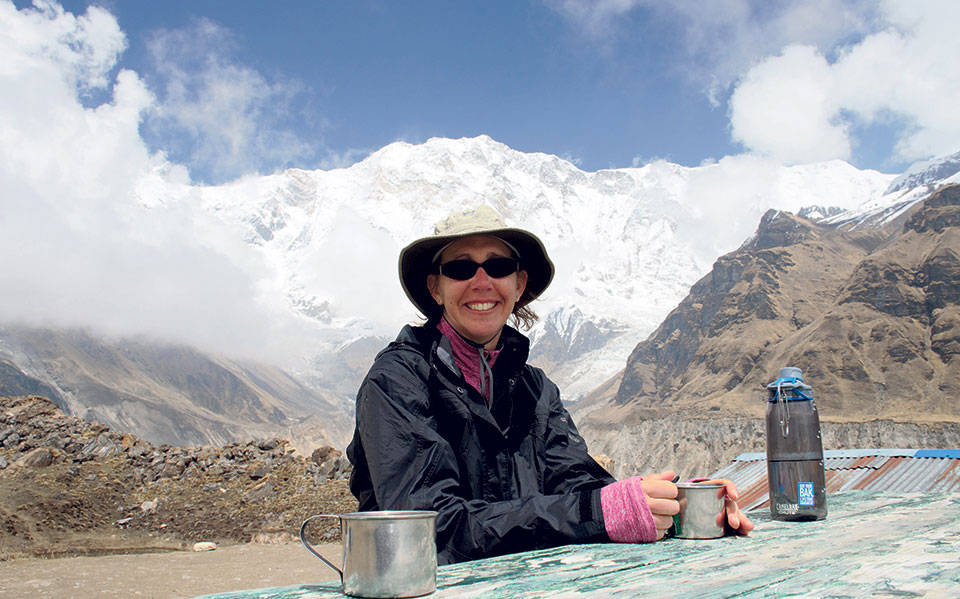 “From out there, you don’t see any country. There are no national boundaries. You don’t see seven billion people. The earth is one complete whole,” Sandra, who was in Kathmandu recently, told The Week.

“It’s one system. The divisions seem meaningless. The planet is one organism. It’s obvious that everything in it is connected,” she added. “You can think of it in engineering terms as well. In a closed system, everything at one place affects everything else inside the system. There are actions and reactions.”
An electrical engineer and physicist by training, Sandra sees the world from another perspective as well. Having a strong affinity with Buddhism and having followed the teachings of the Dalai Lama, she can easily connect her scientific observations to Buddhist philosophy.

“If you go back to the Buddhist philosophy, you know that everything is connected.”
According to Sandra, when we see our planet from that perspective, our separation into outer and inner worlds—others and we—disappear. Of course, when we think of the planet as one complete system, it immediately changes the context of how we deal about it.

“It’s obviously all connected. If we could help more and more people see it from that perspective, it could be a really powerful tool for human development. If we understand the nature of how we are treating one another, how we are treating the planet, it would make a great difference. In the bigger picture, we are all a part of the whole.”

Intellectual knowledge versus experience
Sandra was keen to know things through experiential knowledge, and not only through intellect. “When I was here, I only had an intellectual concept about the earth. But when I left the planet, I experienced it in a different way. I can say I have experience-based knowledge about our planet.”

“If more and more people could understand the planet as a closed system, perhaps the commitment and the will to work together to solve some of our problems will arise.”

The shift from intellectual knowledge to experiential knowledge is very important. For Sandra, it’s often hard to act just out of the intellectual knowledge, unless you have learned the real lesson.
“So I’m hopeful of the future, because of the trend of trying to get more and more people in the space just to get that view. Perhaps this conversation can take place with more and more people as time goes by,” she added.

For the love of mountains
Sandra came to Nepal for a tour of the Himalayas. “I saw the Himalayas from the orbit. And I thought to myself, “I need to go there. It looked so beautiful”.”

She trekked in the Langtang region and went to the Annapurna Base Camp. Her favorite was the latter, she confesses. “At the end of the trek, as you stand there, you see mountains all around you. When it’s a beautiful clear day, it’s just amazing,” she said adding that there is a lot of natural beauty in Nepal.

An evolved Buddhist
Sandra’s quest for knowledge and self-discovery became stronger along with her journey into space. She gradually got acquainted with the Buddhist philosophy. She feels it resonates with her being. But she didn’t become a Buddhist by fluke. It was a kind of evolutionary process.

“When I was a teenager, I read about all the religions in the world as I loved reading,” she recalled. “I cannot really name one moment when I thought, “Now I’ll become a Buddhist.” It just took root during those early years and it grew, along with my life experiences.”

She added that in the past 20 years or so, since she became an astronaut, it has evolved more strongly. She also has a lot of respect for the Dalai Lama. “I have read him a lot. He is amazing.”

As she was born a catholic, she feels her roots of spirituality come from there. “There is a golden rule there – ‘Do unto others as you would have them do unto you.’ At the root of that is the compassion that the Buddhist philosophy espouses. At the root of all religions is compas sion, which is the heart of Buddhism.”

With her practice in meditation, she is able to keep a track of her mind’s emotional states. According to Sandra, being able to do so is important for one’s happiness.

“If you aren’t aware of your emotional state, and if you allow negative emotions to run your life, then your life will be unhappy. If you are aware of your emotional state and you are monitoring it then you actively try and work against the negative emotions and that will give you a more positive outlet,” she said.
Space science into everyday lives

Sandra was amazed to see the technology from space so abundantly used to ease the lives of people in the mountains of Nepal. According to her, the space technology’s contributions to humanity would be a fitting reply to the critics who think the whole space program is unnecessary expense.

“When I was trekking in the Langtang region, I was amazed to see how technology has made lives easier. In the United States, we have this massive space program that is going on for 50 years. People are always questioning whether it is worth the money. But the NASA and the space program get only a tiny portion of the national budget,” she said. “And if you see the benefits everybody in the earth is receiving out of it, you will understand how importance it is.”

Life is all about perceptions
As an astronaut, Sandra learned that there are “big problems and little problems, and most problems are little problems.” According to her, we all have perceptions in our minds that are based on our experiences.
“When you look at earth from above, you realize that most things are not that big to deal with. So I’m calmer than when I was younger. For example, when I was running the organization that I recently retired out of, people would come to me and say: “Look, so and so happened.” My first question to them would be: “Did anybody die?” If the answer was “No,” I would say: “Then everything will be fine.”

She said her approach would be to calm down and take a deep breath. If something happened, or something was wrong in the plan, she would say they would figure it out. If nothing could be fixed, then there was a lesson learnt there and they wouldn’t make the same mistake again.

When she was in the space, she would call her family and say—“Space calling”.
“For them it was a great deal, getting a phone call from space. But for me, it was part of my normal activity—that of making a phone call.”

We often have different perspectives about the same experience. Over the years, the vocabulary and understanding have evolved among different people differently. People need something to resonate with. Our perception of the world is different based on our experiences.

“See, if I tell you about the Sahara desert and say it’s hot, you will only have an idea of hot. But if you go there and stand in the middle of the sand dunes, then you will know what “hot” means. How can I say that your version of “hot” is better or worse than my version of “hot”?” she concluded.

For poor, school enrolment campaigns do not matter