A jatra where lambs are ripped off to death


KATHMANDU, Aug 21: A jatra held at Devpokhari of Khokana, Lalitpur had attracted many locals and a huge crowd was seen around the pond and the Rudrayani Temple who were eagerly waiting for the jatra to begin.

Amidst the huge crowd, is seen a young guy carrying a little lamb on his shoulder. He carries the black and white colored lamb to the lake and as he reaches the pond, he dives in the same position as he had carried the lamb. As soon as the guy jumps, other youths dive into the pond and try to drown the lamb.

The Devpokhari jatra is mostly loathed by the people and is always brought as a topic for debate. Mostly people criticize this inhumane behavior where the innocent lamb is tortured to death. But this Saturday, at a press conference held, the organizers of the jatra had explained that the jatra had its traditional values and since it had been reflecting the culture of the local people, the committee had requested the people to not bring it into a controversy.

As seen in the video below, the lamb tries to slip off from the hands of the young swimmers and makes tons of effort to escape and breathe. After uncountable endeavors, the lamb seems helpless and slowly drowns in the pond. Instantly after the lamb drowns, the tug of war between 15-20 youths begins in a quest of taking the lamb.

This annual traditional festival is still condemned by many people regarding it as a primitive and inhumane behavior. 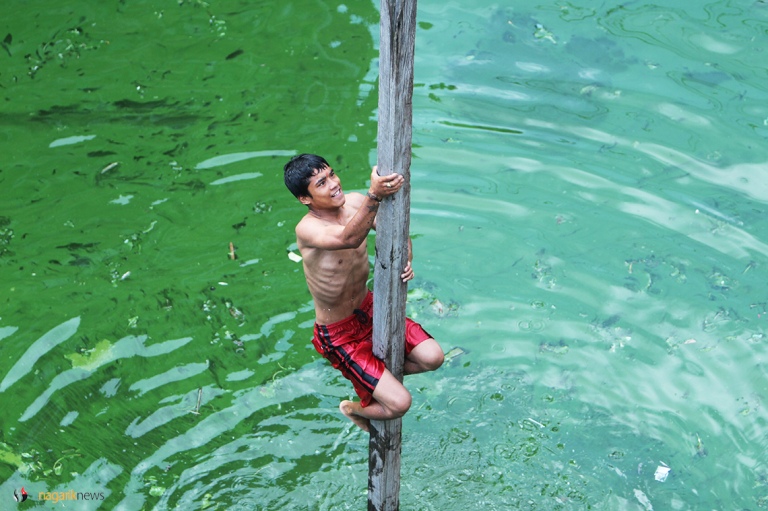 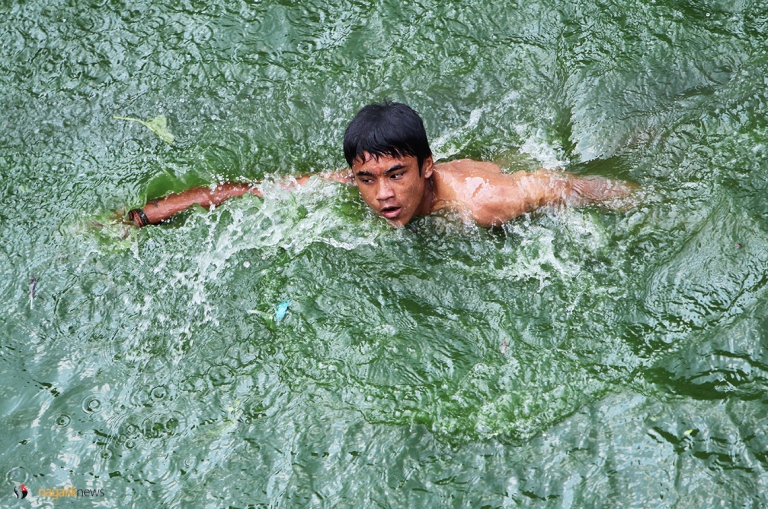 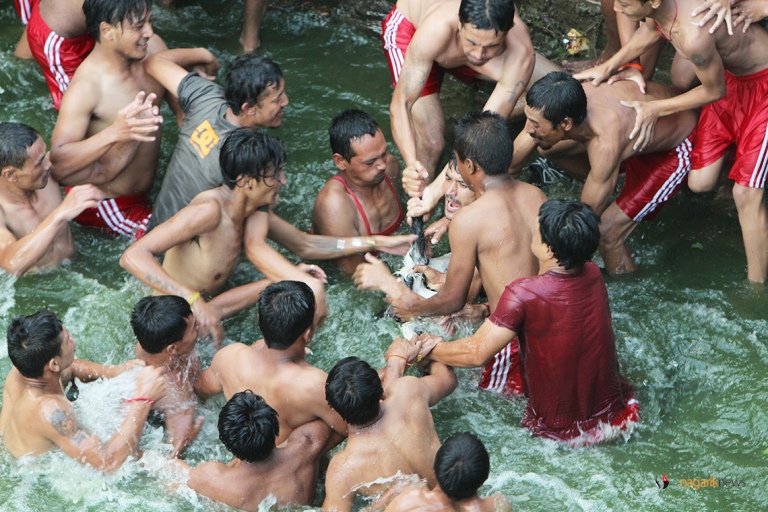 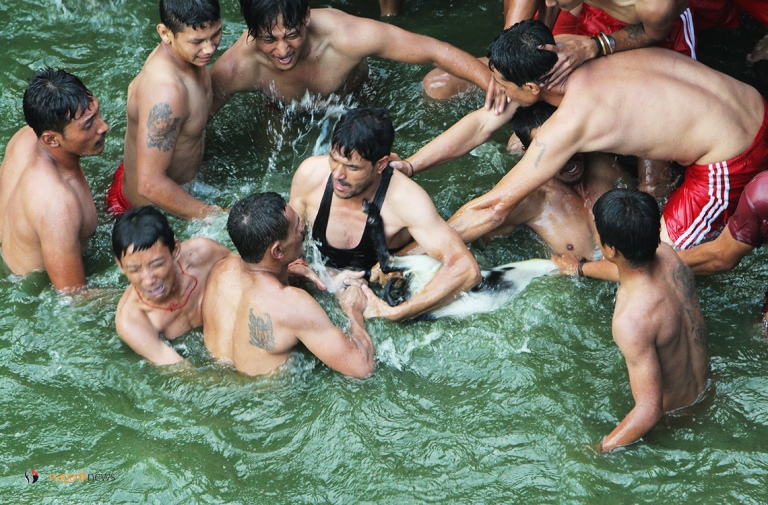 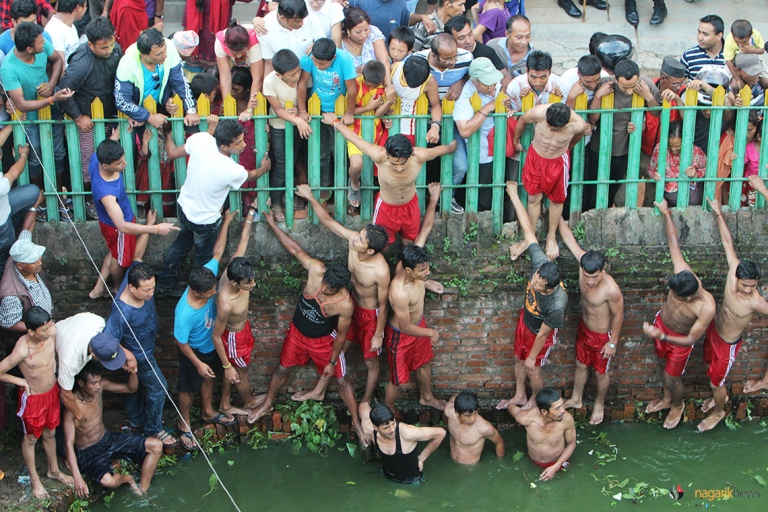 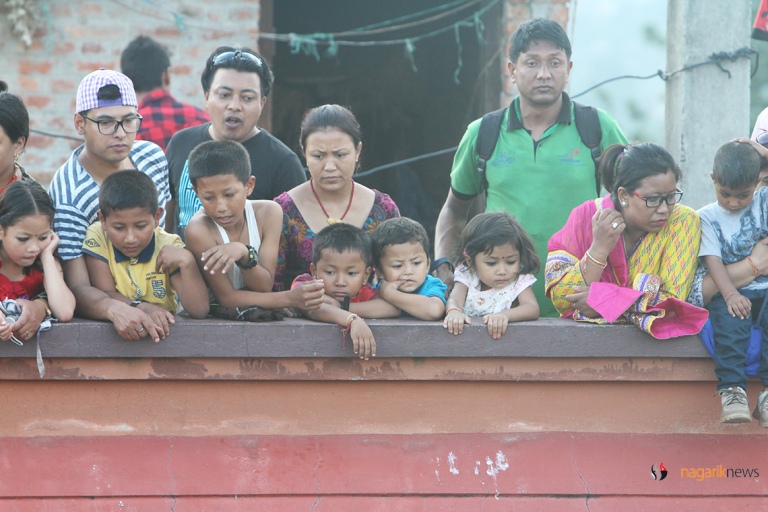 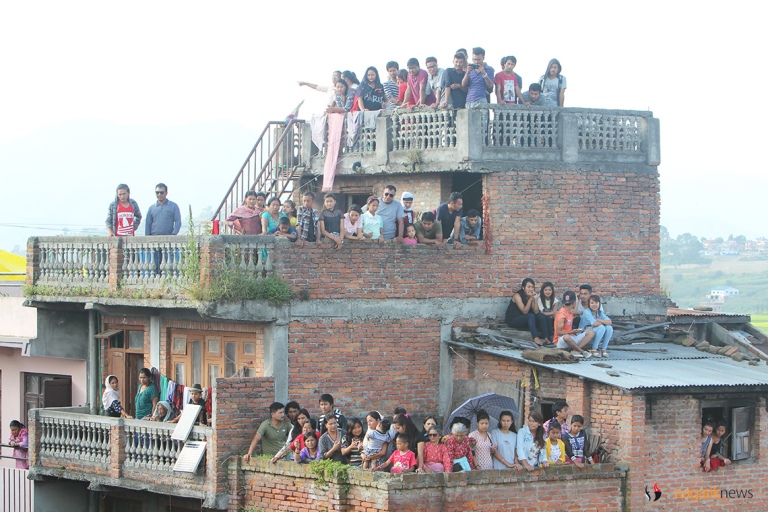 KATHMANDU, Jan 28: Famous rapper Yama Buddha had been working on a few songs before he left this world. But... Read More...