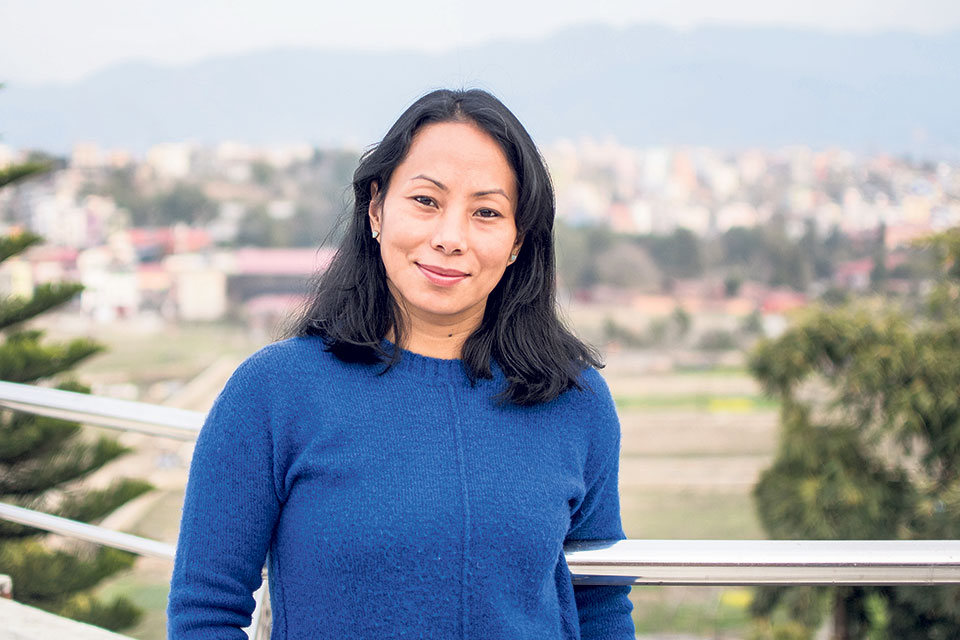 Shradha Ghale is a familiar name in the world of English-language journalism in Nepal. Her writings have focused on unequal power relations in Nepali society and the experiences of marginalized groups across the country. This year she came out with her debut novel “The Wayward Daughter: A Kathmandu Story,” published by Speaking Tiger, Delhi, and the book has caused quite a stir among Nepali readers in and outside Nepal.

The novel is set in the 1990s and revolves around an upwardly mobile, middle-class Janajati family in Kathmandu. The book contains many female characters that seem true to life – the protagonist Sumnima, her grandmother Boju and the village cousin Ganga, to name a few. The book has garnered praise from readers as well as critics for its sincere portrayal of class, caste, and gender dynamics of Nepali society.

You started out as a freelance journalist and now you have made your first attempt at writing fiction, how does the transition play into your writing?

I had been working on this novel for a long time, alongside my journalism and editing work. It’s just that I couldn’t devote as much time to it as I’d have liked to. So I don’t necessarily see it as a transition from nonfiction to fiction. Though it’s true that my journalism doesn’t quite overlap with my fiction. Also, works of authors like Gustave Flaubert, Virginia Woolf as well as neoclassical writers like V.S. Naipaul and Toni Morrison have engaged me thoroughly as a reader and have inspired me to pursue writing as a whole rather than choosing one over the other. The topics I want to write about as a journalist/commentator are different from subjects I hope to explore as a fiction writer.

Can you tell us something about your reading habits or preferences?

I read mostly for pleasure and sometimes for work. I’m a slow reader. Often I’m reading three or four books at a time – a book about Nepal, a book about another part of the world, a novel, and maybe a contemporary bestseller. At least one of these books will be from an earlier time, by an author long dead and gone. But this interest in literature was a gradual one. I didn’t grow up reading and it was only after I discovered AWON Library that I took to it.

Can you describe the process of writing your novel?
Writing this book was a slow and laborious process. I wrote it without an outline, so it was difficult for me to weave the fragments into a whole. It took a lot of patience. Orhan Pamuk said somewhere that writing is like digging a well with a needle. Although I can’t compare my output with his, I think I can relate to what he’s saying.

KATHMANDU, Dec 25: The third day of the IME Nepal Literature Festival was held on Monday. Organized by the Bookworm... Read More...