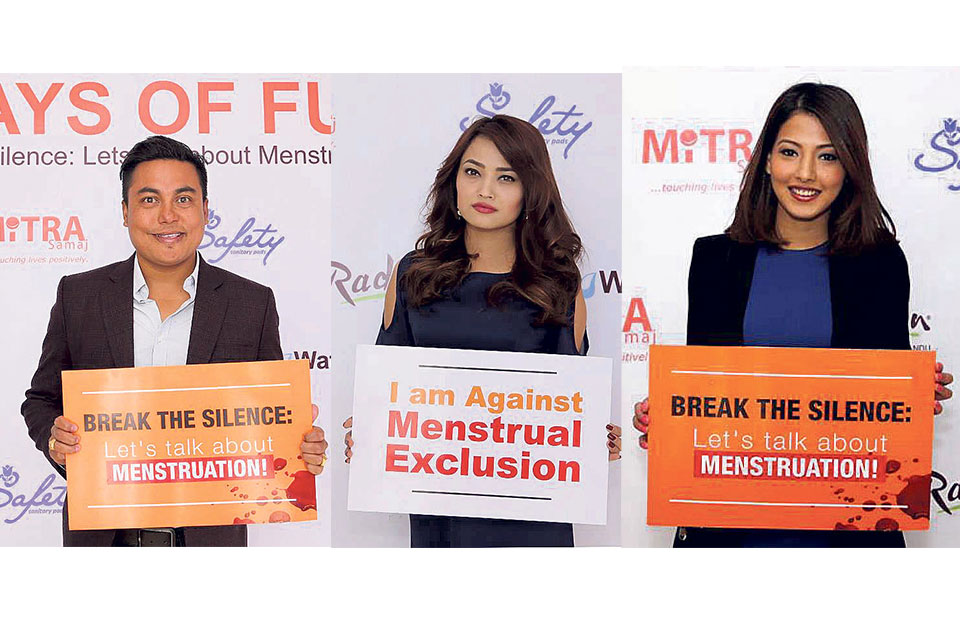 Mitini is a self-sustainable project launched on March 2015 by the non-profit organization MITRA Samaj. This project aims to work in the sector of Menstrual Hygiene Management inside and on the outskirts of Kathmandu valley. They provide services related to safe disposable of sanitary pads in various complexes, corporate organizations, malls, theaters and restaurants across the valley. The revenue generated from these services is used create pad banks and spread awareness about menstrual hygiene among adolescent girls.

While the concept of the project may appear extremely simple, the ideation was only possible due to years of hard work and experiences.

Hence, in an attempt to be completely independent of foreign aid, Thakuri thought of initiating a self-sustainable project that would function without any foreign assistance. The idea of launching Mitini came to Thakuri when, one day, he came across a very disturbing data that stated 41% of adolescent girls missed classes every four days a month due to menstruation. It was this fact that compelled him to act immediately.

But first, to check the accuracy of the data he designed a research and sent out a team to find out the real state at the grassroots level. The final results that the team came back with indicated that actually around 21% of adolescent girls missed four days of school every month due to menstruation. Even though the figure deviated from the original finding, it was still a huge percentage.

“Our data also stated that if a girl misses four classes every month, she will miss about 30% of her syllabus in a year,” says Thakuri. It was this shocking analysis that made them design a self-sustainable project that did not need a donor’s support to function. That way, tackling the problem wouldn’t be a case of whether they had enough money coming in to do so or not.

In the first phase of the project, the organization places sanitary bins in female washrooms of their client restaurants, corporate houses, malls etc. They then charge Rs 2000 for maintaining the bin every month.

“We know every public place needs a sanitary bin. So this project does not run on a charity basis. It’s benefiting both the parties and that is why it is self-sustainable,” explains Thakuri.

In the second phase, used pads from the dustbins located at different places are collected. They then decontaminate the pads, have them sterilized, and then disposed off properly.

The funds generated from this initiative is utilized to procure fresh sanitary pads which the organization aims to distributes free of cost to school-going adolescent girls in the outskirts of Kathmandu Valley. They also organize various trainings, workshops, games and orientation programs among girls and boys at different schools to spread awareness about menstrual hygiene and break various taboos associated with it.

The organization has also connected with 191 officials across various ministries and government departments of the valleys who have committed themselves to raising awareness about menstrual hygiene and taboos related to menstruation.

Till today, Mitra Samaj’s project Mitini has impacted about 15,000 adolescent girls and they have placed about 250 sanitary napkin disposable bins throughout the valley. Through their project, they want to reach out to thousands of girls who face societal and cultural restrictions due to menstruation. They also want to promote girl child education by investing in safe sanitary napkins and hygienic toilets for girls at school.

​While celebrating International Menstrual Hygiene Day, it is high time that women and men work together to smash taboos surrounding... Read More...

A Teen’s Mission to Normalize Conversations about Menstruation

KATHMANDU, Dec 2: Ashwin Karki, dubbed as the “Nepali Padman”, is a 17-year old from Syangja. Growing up in Pokhara,... Read More...