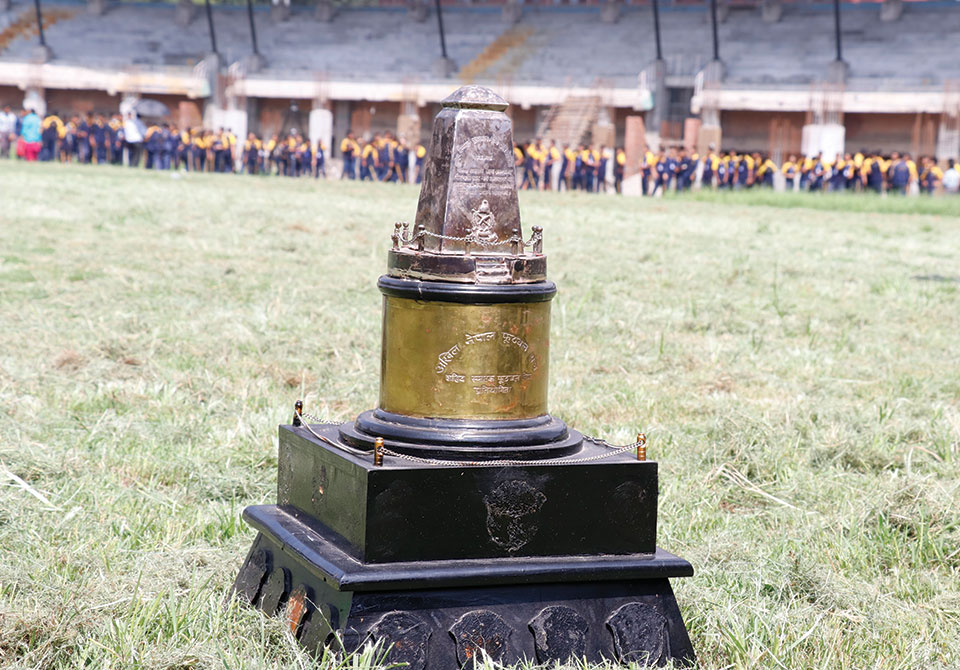 KATHMANDU, Dec 1: In today's match held under the ongoing Martyrs Memorial 'A' division league, Sankata Club beat Chyasal Youth, 2-1, to win the match. With the victory, Sankata has collected three points and total 12 points placing it in the third position of the match table.

The first match was held at the Armed Police Force (APF)’s Halchowk-based ground.

Sankata took a lead in the 23rd minute of the match through a penalty kick. Referee awarded a penalty bid to the team booking Chyasal's Chhiring Gurung for a hand ball. Sankata's Amit Tamang utilised the opportunity to score a goal.

In the 48th minute of the match, Sankata's Elon Maxwell scored another goal for the team.

Chyasal players found the opportunity to score the team's first and final goal through a penalty shoot in the 87th minute of the match.

So far, Chyasal has played five matches, and faced defeats in three matches, a victory in one match and a draw in remaining one match.