A dinosaur relative discovered in Antarctica sheds light on extinction 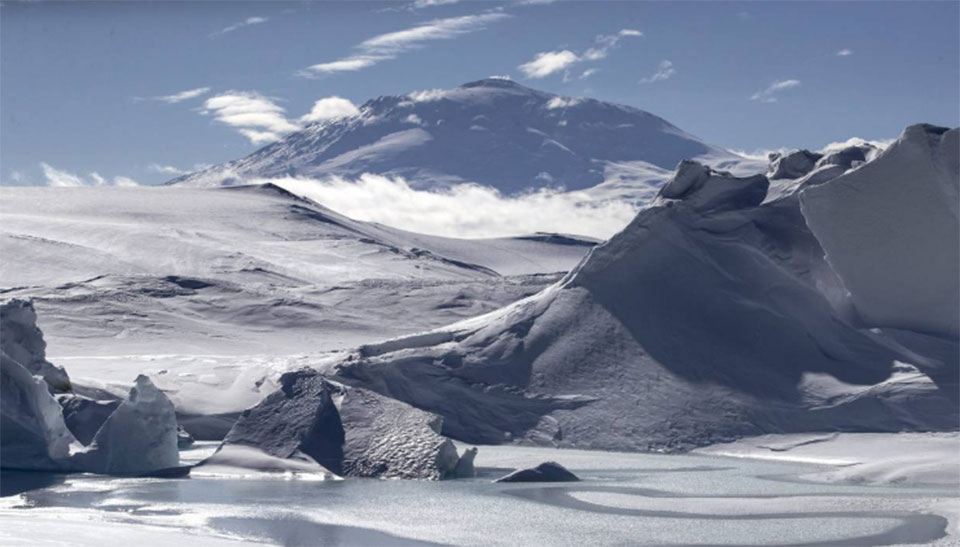 The Antarctica of 250 million years ago was a far cry from today's icy landscape.

Feb 3: The Antarctica of 250 million years ago was a far cry from today's icy landscape.

At the time, the continent boasted a warm environment, forests, rivers, and plenty of fauna. One of those ancient creatures, scientists just learned, was a carnivorous reptile now known as the "Antarctic king."

Roughly the size of an iguana, Antarctanax shackletoni –Antarctanax being Greek for "Antarctic king" – was an archosaur, an early relative of crocodiles and the dinosaurs.

Finding a new dinosaur relative is exciting on its own, but the discovery of the "Antarctic king" is also significant because it helps scientists understand how archosaurs and their crocodile descendants repopulated the world after a mass die-off.

He's referring to what's known as the end-Permian mass extinction event, or the "Great Dying," which took place 252 million years ago. Roughly 90 per cent of the Earth's species were wiped out in that extinction; it far eclipsed the cataclysm that killed the last of the dinosaurs some 187 million years later. Less than 5 per cent of marine species survived, and only one-third of land animal species lived, according to National Geographic.

Researchers initially thought that it took tens of millions of years for diverse species to repopulate the planet in the wake of the "Great Dying." But the "Antarctic king," which lived a mere 2 million years after the die-off, bucks that idea.

The skeleton that Peacock and his colleagues found was only a partial one, but the vertebrae and foot bones had enough distinctive characteristics for scientists to conclude they'd discovered a new archosaur species.

At the time Antarctanax lived, temperatures in Antarctica rarely dipped below freezing. (The continent froze over much later, around 30 million years ago.)

"We think it's an insectivore because of its body size," Peacock said. "We didn't find any teeth, but all of Antarctanax's relatives were carnivorous at the time, so we're pretty confident."

DIGGING FOR FOSSILS AT THE BOTTOM OF THE WORLD

Antarctanax shackletoni's name is in part an homage to British polar explorer Ernest Shackleton, who led multiple Antarctic expeditions in the early 1900s.

But Antarctica isn't a locale typically associated with digging for fossils.

"To find fossils, you need rocks," Peacock said. "The only two places with rocks in Antarctica are islands on the coast, and way in the middle where they're poking out of the glacier."

Peacock and the rest of the team helicoptered to the Fremouw Formation of the Transantarctic Mountains, which bisect the continent, to search for ancient creatures.

"We knew where to look because scientists and geologists have have found bits of bone and other Triassic-aged fossils there since the late 1960s," he said.

There, close to the South Pole, they used diamond-bladed rock saws to cleave through the hard rock, and uncovered Antarctanax's skeleton.

WINDOW INTO A MASS EXTINCTION

The "Antarctic king" fossil can tell paleontologists a lot about what the Earth was like at the beginning of the Triassic – the geologic period from 251 to 199 million years ago that included the rise of the dinosaurs. Tyrannosaurus rex didn't arrive on the scene for another 185 million years, but the Triassic set the stage for Earth's repopulation after the "Great Dying."

"What paleontologists have come to learn over the past 20 years is how rapidly crocodiles and their cousins radiated out after that extinction," Peacock said.

The Antarctanax finding supports the idea that Antarctica was a hot bed of evolution and species diversification after that major die-off.

"Before the mass extinction, archosaurs were only found around the equator, but after it, they were everywhere," Peacock said in a release.

Peacock thinks fossils like Antarctanax, and what they tell us about life after a mass extinction, should be of interest today, given that many scientists think the world is currently in the middle of a 6th mass extinction.

A 2017 study noted that animal populations planetwide are currently declining so rapidly that a process of "biological annihilation" is occurring. The authors estimated that "as much as 50% of the number of animal individuals that once shared Earth with us are already gone."

"The extinction at end of the Permian came with conditions that are similar to what were doing to the atmosphere and oceans today," Peacock said.

But threats of scary mass extinctions aside, Peacock said, "the other thing that makes this whole thing awesome is that it's from Antarctica."

He added, "Antarctica is one of those places on Earth, like the bottom of the sea, where we're still in the very early stages of exploration. Antarctanax is our little part of discovering the history of Antarctica."