A crown of responsibilities 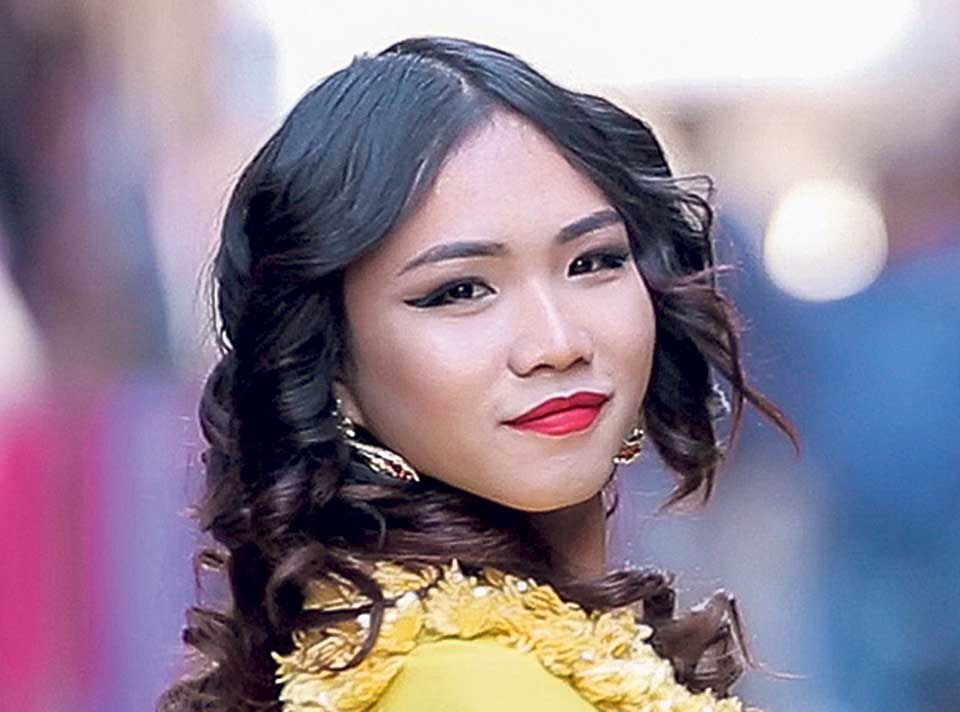 Life has never been easy for Angel Lama. From struggling to come to terms with her parents’ divorce and her mother’s illness to being consumed by suicidal thoughts, it’s always been difficult. But above all is perhaps her life long struggle for acceptance and respect. Born Sabin Lama, Angel always felt trapped in the wrong body. Severely bullied at school for her ‘feminine’ mannerisms by peers, juniors and seniors alike, Angel grew to dread social interactions and attempted to end her life when she was 16 years old.

But soon it was all to change. Angel won Miss Pink Nepal 2018, a national level pageant for transwomen. As someone who has always rejoiced in the company of people, Angel fights for equity and the rights of those suppressed. She’s an advocate for the LGBTQ+ community and for children and for all the causes she thinks she ought to stand for. And she is only just 19 years old.

She is now preparing to represent Nepal in the Miss International Queen that is to take place in Pattaya, Thailand in March this year. Here, with The Week’s Rakshya Khadka, she shares her story.

As someone who never took any interest in pageants, how did you decide to take part in Miss Pink 2018?
Honestly, I never really liked the idea of beauty pageants. I think it was because I wasn’t convinced about the way beauty pageants seemed to work in Nepal. I was aware of Miss Pink because as a part of the LGBTQ+ community I agree with and support all platforms and opportunities available to us. Miss Pink has been running since 2001 and it is a national level program but limited media exposure and awareness never brought in any light. I have always been passionate about representation and speaking for the suppressed, so my friends urged that I participate. They believed that I could win the show and forced me to visualize the impacts I could make. You could say that had it not been for them, I wouldn’t have given participation another thought.

How are you preparing yourself for the pageant and are people reaching out to you to help
For me, representing Nepal is an honor so I have put in all the work I possibly could. I definitely have supporters but it’s still me taking the brunt of all the finances here. Pageants need multiple sets of attires, heels, and makeup products. I approached several fashion houses that are known to sponsor dresses on various occasions to national title holders but most didn’t want to work with me. They said they couldn’t sponsor outfits for ‘someone like me.’

It’s very disheartening to see this apathy among the general mass. Nepali people can be generous and they can unite in full forces to support their people but it saddens me how it is only limited to cisgenders. I’ve had to pay for my own dresses, the introductory video for the pageant show and everything else. But the Blue Diamond Society pitched in to help so did my friends and supporters. When I stand on the stage in Pattaya, I’m determined to repay the generosity of all my near and dear ones. I will fight for them and for Nepal.

Besides the pageant what other projects are you involved in?
Working for the less fortunate started long before Miss Pink. I tried to help as a child but there was only so much I could do. So now that I understand more I try to connect children to organizations that may help them with basic education. I conduct orientation sessions for kids so that they understand the LGBTQ+ community better. I go to college and I plan on being a lawyer. Also, I recently took on a role in Jharana Thapa’s ‘Nai Nabhannu la 3’ where I was depicting the oppression faced by the LGBTQ+ people. In movies, trans people have always been for cheap laughs and there’s also an underrepresentation of the community in Nepali cinema. I can only hope that real life issues will be addressed in the future.

Despite all the challenges that you have faced, how do you find the strength to stand your ground and also help others?
Feeling helpless isn’t anything new to me. I know what it feels like to not be of help to anyone. I have also been in situations where I needed help and some reached out to me. I have always been the one to get involved in other people’s lives. In my worst days, when I had no money, I would sit with kids who were forced to work against their will. They would cry and tell me they wanted to go to school. I knew they felt trapped and although my case was different to theirs, struggle is still struggle. So I told myself that in this world where hatred comes so easily, I had to be better. This is why I chose to call myself Angel, so that I could be someone’s guardian angel. And in days when negativity and discriminatory behaviors get too much to bear, I look over all the certificates I have framed in my room, hold my tiara and remind myself of how far I’ve come and how much more there is still to do.

With all that you’re doing what sort of impact do you wish to create?
With regards to the LGBTQ+ community, there’s still a lot to be done. I was denied citizenship just because I no longer identified as male. Same sex marriage is still illegal. Doctors at hospitals refuse us medical treatment because they are unaware of our anatomies. People still expect non-binary sexualities to live in Thamel and inhabit red light areas. And it isn’t just those without education, even the most educated are ignorant. Children are still taught that there’s nothing beyond black and white when there’s a whole rainbow that exists. There’s so much that’s wrong and I can only hope to cause a ripple. If someone, after hearing my story, gains the courage to accept his/herself as he/she is, then I will know that I have done my part. I only hope that with increased representation and progress, we can normalize and address the issues of the LGBTQ+ community in Nepal.

In Pictures: Protest against Citizenship Bill
9 minutes ago