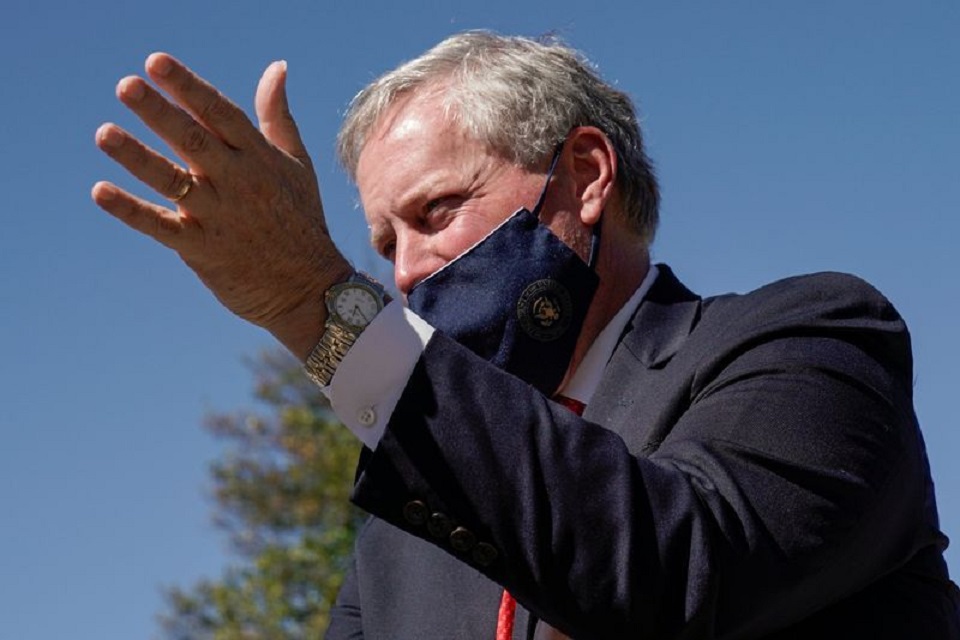 WASHINGTON, Oct 4: White House Chief of Staff Mark Meadows revealed that President Donald Trump’s condition on Friday was far worse than officials had made public, saying doctors recommended the president go to the hospital after seeing he had a fever and his blood oxygen level dropped rapidly.

Meadows made the comments in an interview with Fox News broadcast Saturday night that capped two days of conflicting and opaque assessments of the 74-year-old president’s health.

“I can tell you this the biggest thing we see is with no fever now, and with him doing really well with his oxygen saturation levels,” Meadows told Fox host Jeanine Pirro. “Yesterday morning we were really concerned by that. He had a fever, and his oxygen level had dropped rapidly. Yet in typical style, this president was up and walking around.”

White House officials including Meadows said on Friday that Trump was experiencing “mild symptoms” and continuing to work. He told Fox News however, that doctors from Walter Reed and Johns Hopkins recommended that Trump go to the hospital.

“He’s made unbelievable improvements from yesterday morning when I know a number of us, the doctor and I, were very concerned,” Meadows said.