Ambassador Parajuli congratulated Dr Mahad on his appointment to the post of Labour Minister of Oman.

On the occasion, both of them praised the progress made so far in the labour agreement to be signed between the two countries.

They also expressed commitment to move ahead collaborating with each other in days ahead, according to a press release issued by the Embassy of Nepal in Muscat.

The Omani Labour Minister shared that Oman is willing to make further collaboration in order to increase the number of Nepali workers there.

Similarly, Ambassador Parajuli briefed the Labour Minister about Oman-related reports submitted by Industry, Commerce, Labour and Consumer Welfare Committee under the House of Representatives after carrying out on-site visits to Gulf countries including Oman in the beginning of 2020.

Second Secretary at the Nepali Embassy in Oman Somesh Thapa, Labour Attaché Dinesh Dhakal, and office-bearers of Labour Ministry of Oman were also present on the occasion. 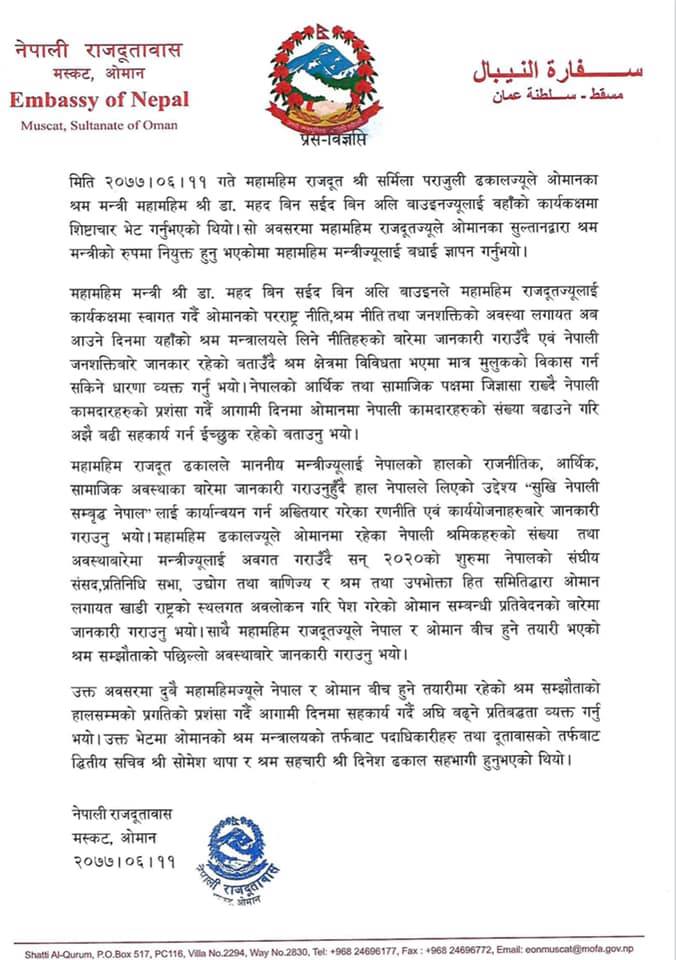 It’s unfortunate that a larger number of people are cheated by agents, often associated with foreign employment agencies, in the... Read More...