KATHMANDU, Sept 24: The main opposition party – Nepali Congress (NC) – has expressed concern over the decision made by the government over the issues of “border disputes” with China in Humal district.

Earlier on Wednesday evening, the Minister for the Foreign Affairs, Pradeep Kumar Gwayali refuted news reports on an alleged border encroachment by the Chinese government, saying there are no territorial disputes between China and Nepal in Humla district.

Issuing a press statement on Thursday, NC criticized the government move of refuting the “border disputes” with China before acquiring the results from the field inspection team deployed in the disputed area. “It is the incapability of the Ministry of Foreign Affairs.”

The team including Chief District Officer of Humla, Personnel of Nepal Police and Nepal Army are currently on a field inspection of the ‘disputed’ area.

The inspection team recovered the missing pillar no.11 on Wednesday and it is yet to be verified whether the buildings constructed by the Chinese government lie within or away from pillar no.12, reads the statement.

The inspection team is due to return to the headquarters of Humal district this evening.

NC has also urged the government to “make decisions over the border disputes after obtaining all facts and figures in a responsible manner.” 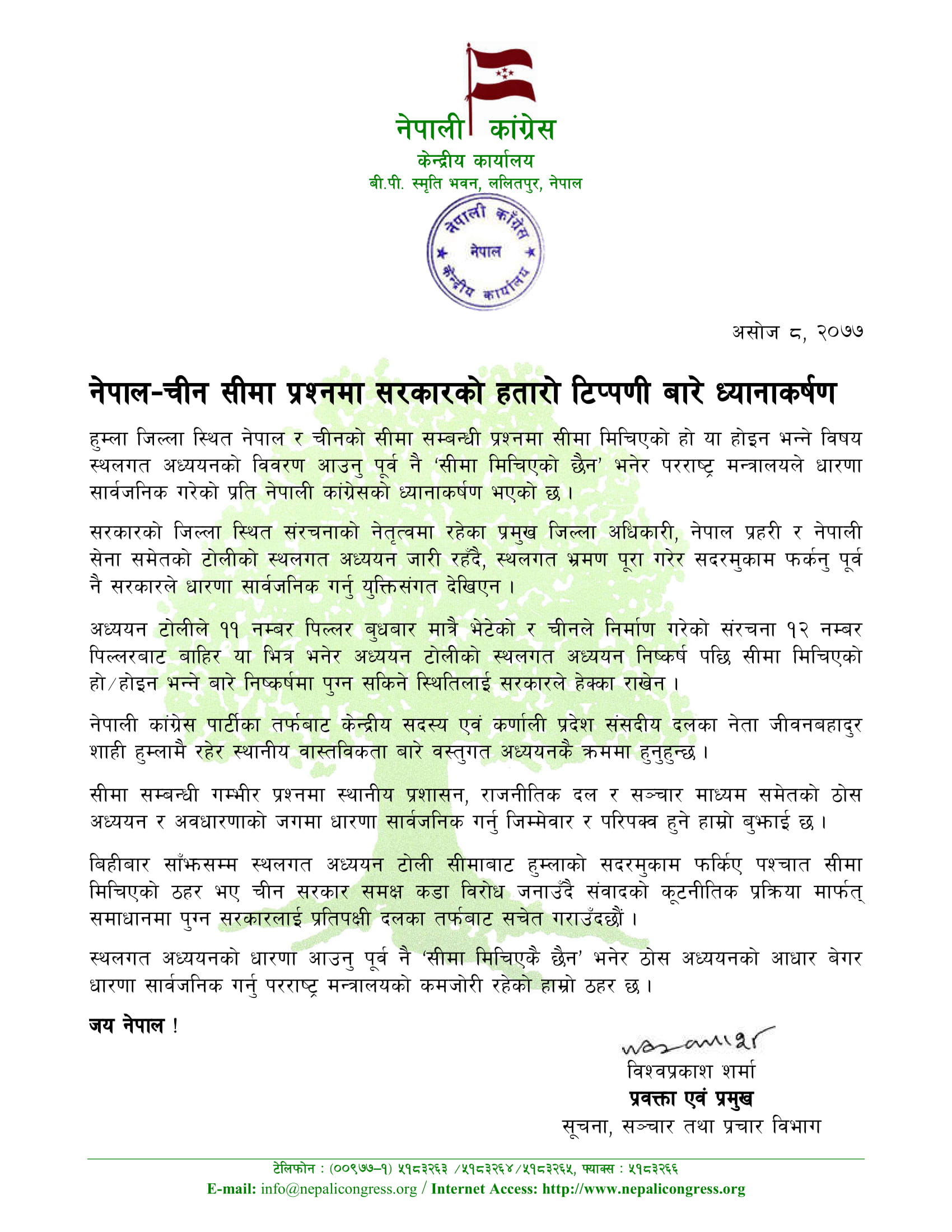 KATHMANDU, September 3: The decision of the Sher Bahadur Deuba-led government to form a task force to see whether or... Read More...