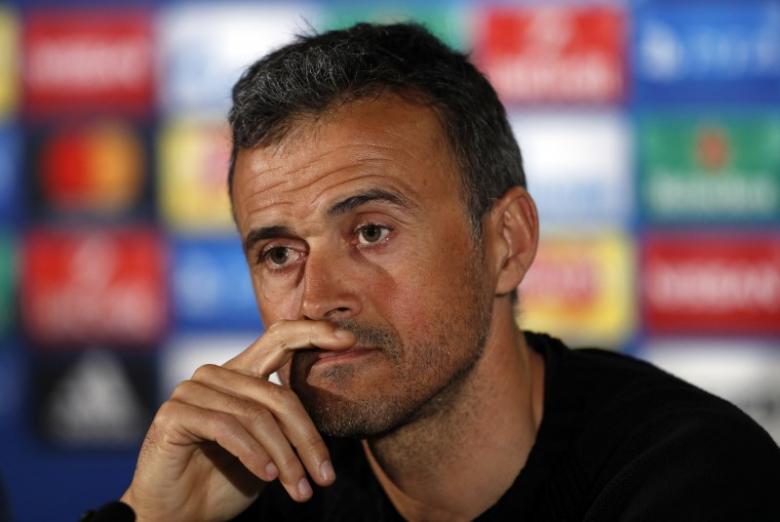 BARCELONA, Nov 26: Barcelona coach Luis Enrique urged his side to forget about their miserable recent record at Real Sociedad as they seek a first win at Anoeta since 2007 on Sunday.

The champions trail Real Madrid by four points at the top of La Liga and unless they reverse their run of results against high flying Sociedad, they risk slipping seven points behind ahead of next week's Clasico against their arch-rivals.

Barca have lost on their last four league visits to Anoeta, twice under Luis Enrique, last winning there in 2007 under Frank Rijkaard, although Sociedad were outside the top flight between 2007 and 2010.

Luis Enrique, however, played down the significance of the club's record in San Sebastian and said they should take inspiration from Wednesday's 2-0 win at Celtic in the Champions League which sealed their passage to the last 16 as group winners.

"I'm not interested in the slightest in speaking about the past, the only result we should focus on is our last one, where we won in a very difficult ground. I don't think the past has any influence," Luis Enrique told a news conference on Saturday.

"I can't think of a single ground in La Liga which is easy to play at and we'll go there to compete."

Barca forward Neymar goes into the game on four yellow cards and a booking against Real Sociedad would rule him out of the game with Real Madrid.

"I don't think Neymar will be conditioned by the yellow cards and the points at Anoeta are worth the same as the ones against Real Madrid so I've not considered resting him," Luis Enrique said.

"The most important thing for us is the three points. Real Madrid are top and the only way to get closer to them is by getting the win."

Under the guidance of former Barcelona player and assistant coach Eusebio Sacristan, Real Sociedad have won their last four games to move up to fifth in the table, four points below Luis Enrique's side.

"It's easy to see why they're on a good run, they play direct attacking football and can build from the back," added Luis Enrique.

"They are a very dangerous opponent and that's why they're doing so well in the league."

If virus doesn’t kill us, climate change will
20 hours ago