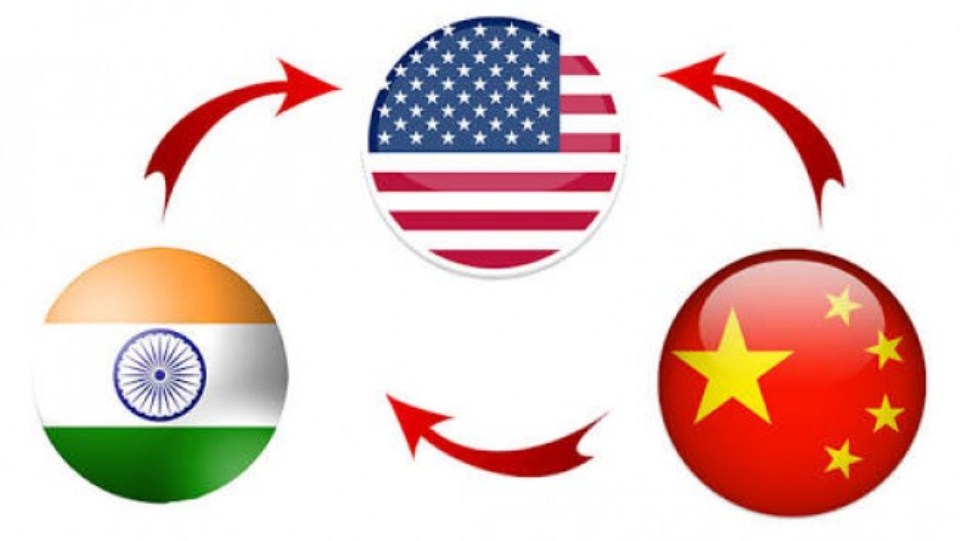 India has three broad options available: Ally with the US to contain China, cooperate with China, or maintain non-alliance and pursue a hedging strategy.

In this unprecedented time of international politics, when the strategic pendulum swings towards the Indo-Pacific region and the US emphasizes partnership with India, it wouldn’t be surprising if someone asks what India’s grand strategy is. Although some even doubt whether India actually has a grand strategy, as a rising power with almost 1.38 billion populations, the Indian grand strategy would be a matter of great interest not only to the small and big states in the region but also to great powers and the global community.

Like the ‘north star,’ such an overarching strategy allows Indian statesmen to navigate complex and unpredicted worlds while addressing international diplomacy’s day-to-day demand. It also contributes to avoiding misunderstanding or miscalculation from potential adversaries, friends, and allies in the event of any eccentric actions taken by the government of the day or its diplomats based on political, ideological or domestic reasons.

The primary purpose of grand strategy is to strike the right balance between means and end. In today’s resource constraint world, it is impossible for any nation to exploit all the opportunities and counter every threat. The grand strategy enables prioritizing and synchronizing essential interests with limited resources. Whether formally enunciated or just implied, grand strategy invariably shapes a country’s foreign policy and allows orchestration of all the instruments of national power—diplomacy, information, military and economy. It also establishes the critical link between short-term activities and medium and long-range goals. Meaning, it portrays where the country is right now and where it eventually wants to be in the foreseeable future. But one should be mindful; grand strategy is also a process, not just a mere product or principle.

Somewhat similar to the US strategy of containment of the communist Soviets during the Cold War, India needs a grand strategy to make it a secure, prosperous, and respected country in the world whether an Indian George Kennan (US Chargé d’Affaires in Moscow in 1946) has already written a long telegram or not! In fact, some claim that India had a grand strategy at the time of independence. As one Indian Express article puts it, “India’s strategic goal was to promote world peace for the welfare of mankind, including its own population, and it would assume its rightful global position by developing itself to the standards of the industrialized world.” The same article further asserts that grand strategy during the second half of the twentieth century involved “a policy of non-alignment to deal with external security problems.” Sometimes, it is easy to confuse strategy—which is, in fact, an end, ways, and means relationship—with just political aim or objective.

So what are India’s interests and what opportunities and threats it will deal with in this fluid and complex international environment? After more than seventy years of independence, have India’s challenges and priorities changed significantly? In the face of a multitude of problems, India does not have unlimited resources to tackle all the pressing issues. Despite being the sixth largest economy globally, with the GDP of 2.87 trillion USD in 2019, it needs massive efforts to elevate an enormous chunk of its humanity from below the national poverty line (nearly 22 percent in 2019) and socio-economic inclusion of rural India.

Nuclear Pakistan has been the number one external security threat to India along with Jihadi terrorism. According to a 2014 Pew survey, the three most significant threats to India are Pakistan (47 percent), Laskar-e-Toiba (20 percent), Naxalites (19 percent), and China (six percent). Equally, ex-prime minister Atal Bihari Vajpayee had emphasized that India’s internal security threats were the most serious ones. Nevertheless, recently, India is facing emerging security skirmishes with China. However, it is yet to see whether this threat is temporal, a by-product of the American Indo-pacific strategy or China’s attempt to take advantage of opportunities created by the Covid-19 pandemic.

A critical question to ponder is: does India have an existential threat? And the subsequent inquiry would be whether India needs to spend a vast amount of budget on the military. According to the Stockholm International Peace Research Institute (SIPRI), India, with some 71 billion USD defense budget, is the third-largest country in terms of military expenditure in 2019. Is it feasible for India to maintain the status quo with Pakistan and China on their borders and focus on economic development at home by capitalizing its burgeoning human resource that injects 10 to 12 million youth every year in India’s labor market? Of course, the world’s largest democracy has multi-faceted challenges, and each looks vital from different angles.

From Thucydides’ perspectives, as mentioned in the Peloponnesian war, fear, honor, and interest are the causes of war. Suppose that is the case, how, where, and when these three elements drive India into conflict is worth contemplating. In any case, opening multiple fronts at a time is dangerous, although Indian Army has been advocating for a two-and-a-half front war. For sure, a prudent strategy would be to focus on minimizing the number of enemies. It is also essential to think about how Robert D Kaplan’s ‘revenge of geography’ or Tim Marshall’s ‘prisoners of geography’ plays out while dealing with archrival Pakistan and rising China along the contiguous borders. In the Quad, Australia, Japan, and the US do not have too much worry about geography’s peril than India with China’s permanently adjoining borders. India has the luxury of choosing its friends but not neighbors, especially the closest ones.

All categories of national interests—security, prosperity, and value—have their own significance. While security interest is commonly viewed as the number one priority, in reality, prosperity interest is critical to advance both security and value interests. In fact, if a country does not have an existential threat, prosperity interest should be of utmost priority. After all, prosperity and value are the ultimate goals of any country, and security is eventually a means to preserve or protect that supreme objective, rather than an end in itself. The collapse of the Soviet Union is the classic example of the outcome of overly focus on security interests without paying much attention to means generating strategy. Therefore, rather than excessively spending on the military, India should strike the right balance between security and prosperity interests. When delving into security, not only external threats but internal security challenges are also equally critical, and if not handled timely and adequately, India might implode inside.

Chanakya in Arthashatra cautioned that risks from internal originators and internal abettors are like the ‘fear from a lurking snake.’ Indeed, a diverse India requires to maintain its pluralism and unity for its internal security and stability.

Once India identifies its vital interests and priorities with achievable end and political aim, appropriate ways and means will have to be devised. From a grand strategic perspective, India has three broad options available: Ally with the US to contain or counterbalance China, cooperate as well as compete with rising China, or maintain non-alliance and pursue a hedging strategy as it adopted during the Cold War. Not only strategic goals and means available to India but also international and domestic environments dictate which approach to choose among the three. Alliance with the US would be a hard power approach but, possibly, a relatively quick way to establish itself as a regional hegemon, albeit at the cost of prosperity. In contrast, simultaneous cooperation and competition with China would enable India to be more prosperous in a comparatively short time. The second option is primarily a soft power approach, which could be slower but sustainable, becoming a regional power. The third, hedging strategy, is a status quo approach and is likely to slow down the pace of India’s power and prosperity.

Whichever course rising India pursues, it also needs supports and good wishes from smaller countries of its neighborhood so that without much entangling itself in its backyard, it can concentrate and unleash full energy on achieving its grand strategy. For this, India should not shy away from producing global public goods, an attribute of emerging or established power. Such an investment is likely to act as complementary support to pave the way for achieving its ambitious ends. For instance, to realize India’s desire to secure UN Security Council’s permanent membership, which certainly is a means to achieve its strategic ends, also requires support from its smaller neighbors, not just the major powers. Rising India needs to see its neighborhood as an enabler, rather than a hindrance, for attaining its grand strategic goals.

India faces challenges of choosing among competing interests due to limited available means. Therefore a tradeoff has to be made. It is important to note that Indian leaders who fail to choose among core and peripheral interests are likely to take the country down the wandering slippery slope. At this juncture, it might be prudent for India to follow Deng Xiaoping’s famous dictum: “Hide your strength, bide your time” until it uplifts all of its population from below the poverty line.

At the same time, one should not forget that the great strategic course selection is also molded by philosophy or ideals embraced by the nation’s founders at its inception. If idealism and the principle of coexistence, the very foundation of Indian nationhood, which was also adopted in the Constituent Assembly pledge in 1947, is still the source of the country’s vision, Indian policymakers must be mindful that the Machiavellian philosophy of ‘the end justify the means’ advocated by Chanakya might be incongruous while formulating a grand strategy.

The author is Brigadier General (Retired) of Nepal Army