Sandeep adds one more wicket to his tally in CPL 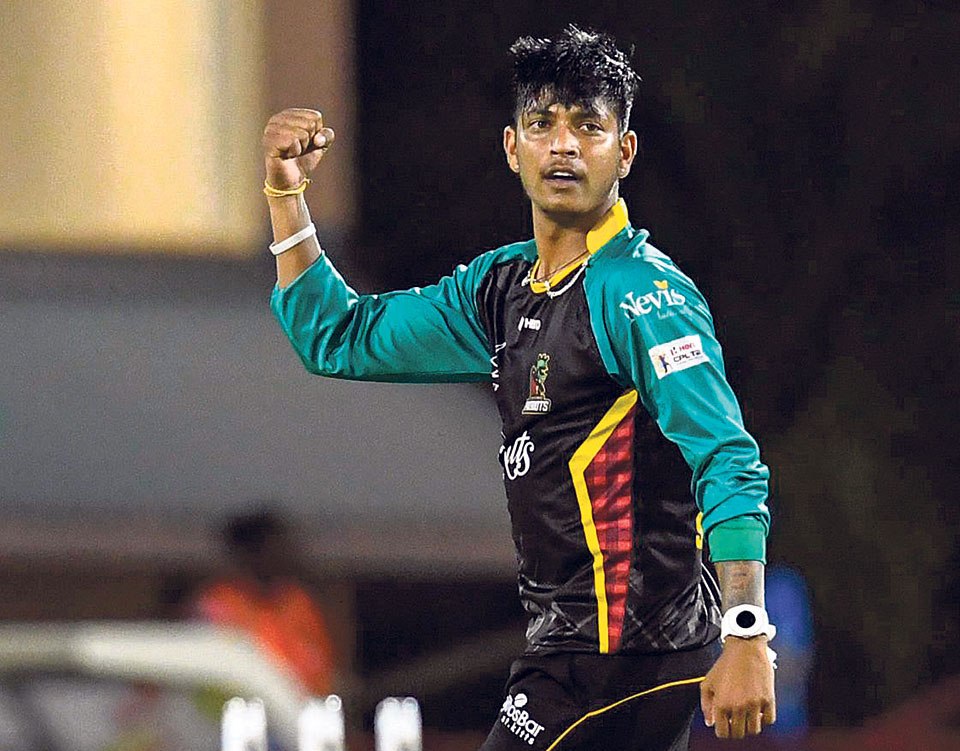 KATHMANDU, Sept 6: Sandeep Lamichhane continued his good run in the ongoing Caribbean Premier League (CPL), taking one more wicket in the latest match of his team, Jamaica Tallawahs. His team however lost the match to Barbados Trinidad.

Batting first after winning the toss, Jamaica posted a total of 161 runs in 20 overs at the loss of 4 wickets. However, Barbados surpassed the Jamaican total in 18.2 overs with seven wickets in hand.

Sandeep bowled a tight spell, giving away only 26 runs in his full quota of 4 overs. He took the wicket of Jason Holder, the captain of Barbados but could not stop the win. Holder scored 69 runs.

Jamaica has one more game to play in the league phase. The team has already qualified to the semi-final of the annual T20 tournament. It will face Trinbago Knight Riders in the semi-final.

Sandeep has been outstanding so far, taking wickets in every match. His tally of wickets is 11 in nine matches so far.