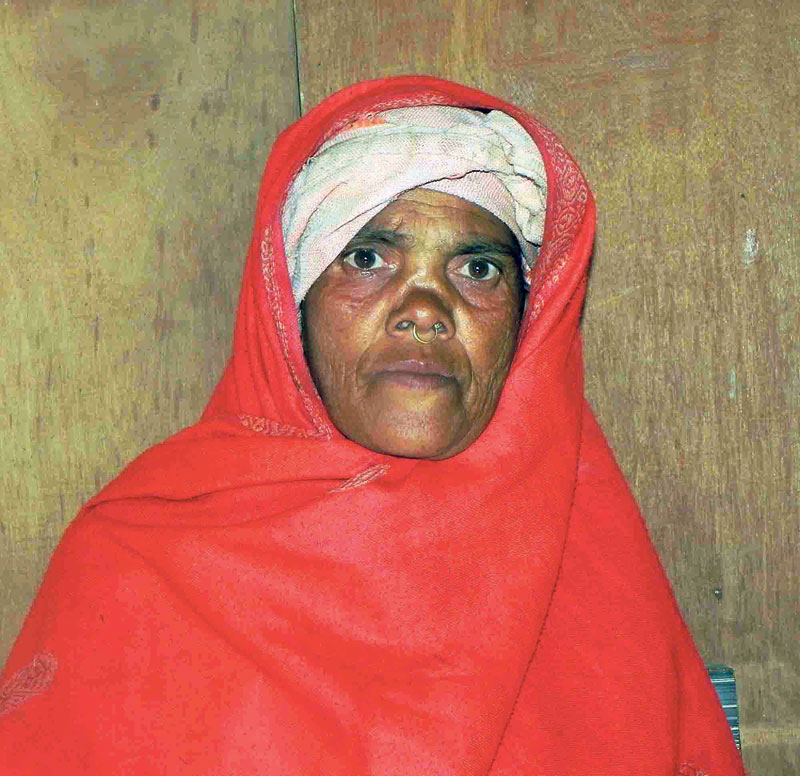 RUKUM, Nov 25: Diagnosed with breast cancer, Magi Khadka, 50, of Arma-7 faces difficulty even in walking. When she heard that government is providing Rs 5 million for treating the same illness of former Deputy Prime Minister and Nepali Congress leader Sujata Koirala, she felt that the government has been biased with common citizen like her.

She termed the decision 'irrational' arguing persons like the DPM can afford the treatment on her own. "Taxpayers like me have struggled a lot and have paid our taxes duly. The tax was meant for the country's development. But I'm really disheartened that our money is used for treating the country's affluent leaders," Khadka said.

While the country spends millions of money in the treatment of political leaders, Khadka said poor citizens like herself are forced to wait for their death in lack of treatment. Her husband had passed away six years ago and is a mother of nine children. Six of them are under the age of 12.

"Although I want to work and provide for them, I can't do it due to the illness. With no one to take care of illness and cater to our needs, I don't know how my children will survive," she sighed.

Khadka had visited the cancer hospital in Chitwan for treatment. However, she has not been able to proceed with the treatment till now as in lack of Rs 500,000 required for the treatment.

"There is no way I can afford treating the cancer. I have lost all hopes of surviving. While the state allows politicians to draw huge sum of money for expensive treatment abroad, poor people like me are deprived of treatment within the country. This is injustice to people like us."

In a tit-for-tat move, NCP's Dahal-Nepal faction asks Nembang to resign from post of deputy parliamentary party leader
11 hours ago

Hours after their first formal dialogue, government and Chand-led CPN hold second round of talks
10 hours ago

One in five Chinese Australians report attacks or threats amid pandemic, rising tensions
17 hours ago
Rampant exploitation of sand, pebbles and stones in Kaligandaki continues unabated
18 hours ago