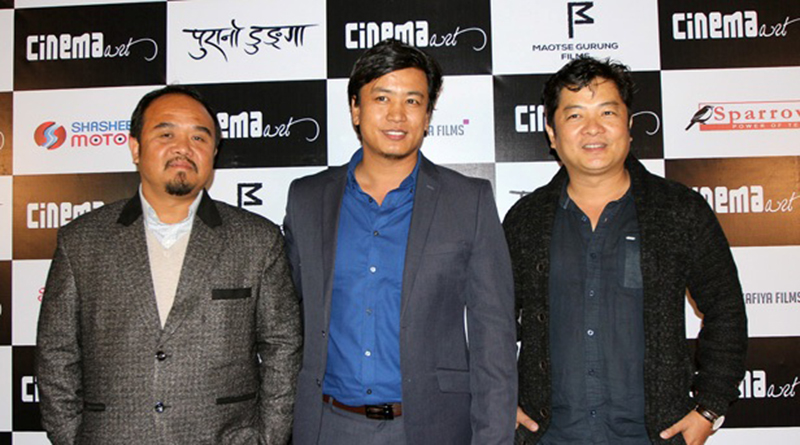 KATHMANDU, Nov 24: The third movie directed by Ram Babu Gurung, Purano Dunga had a successful premier show on Wednesday at Jai Nepal Cinema, Kathmandu.
The story of the movie is based on the relationship of two brothers and the issues created by their financial problems. The movie has been shot with the famous Begnas Lake in the backdrop.

The main protagonists are Dayahng Rai and Maotse Gurung, who play the two brothers. The character of Maotse is an oarsman who is surviving through money generated by the family’s single boat. Dayahang plays the brother who is a jobless city dweller. One day, Dayahang asks for the same boat as a part of his inheritance. After losing the boat, his brother goes through a lot of financial troubles. This forms the gist of the movie.
“The movie is based on the struggles of these two brothers. The audience will enjoy the film as the background, story, and characters of the movie are different,” said Ram Babu Gurung, the director of the movie.

The music of the movie is given by Kali Prasad Devkota. The story is written jointly by director Ram Babu Gurung and Upendra Subba. The movie is shot by cinematographer Shailendradi Karki and edited by Nimesh Shrestha. The producers of the movie are Omchandra Rauniyar, Raunak Bikram Kadel, and Dhan Bahadur Gurung.

Infographics: While women prefer texting, men rather like to talk