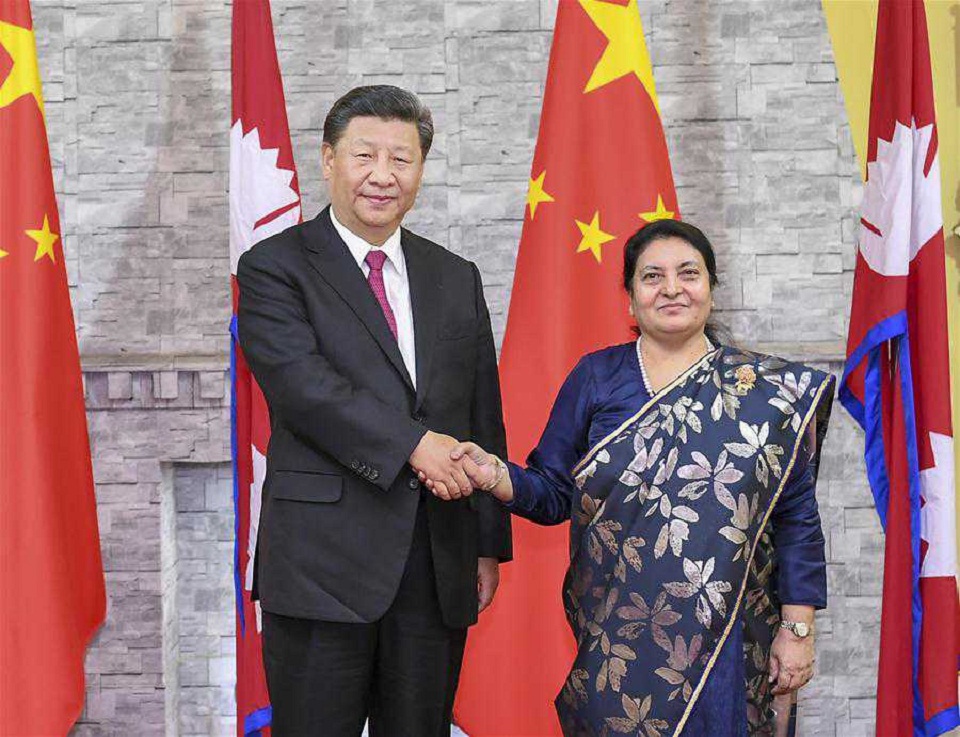 KATHMANDU, August 1: Chinese President Xi Jinping has said that he attaches great importance to the development of China-Nepal relations and is willing to work with his Nepali counterpart, Bidya Devi Bhandari, to push for the continued advancement of the bilateral relationship.

In an exchange of congratulatory messages with Bhandari on the 65th anniversary of diplomatic relations between the two countries, Xi also said he is ready to work with Bhandari to bring greater benefits to the two peoples and make positive contributions to regional stability and development, China's state-owned Xinhua News Agency reported.

In his message, Xi pointed out that the friendship between China and Nepal has a long history and remained ever new over time, saying that since the establishment of diplomatic relations 65 years ago, the two countries have always respected each other, treated each other as equals, enhanced political mutual trust and deepened mutually beneficial cooperation.

In his message to President Bhandari, Xi has recalled that the two countries elevated the bilateral relationship to a strategic partnership of cooperation featuring ever-lasting friendship for development and prosperity during his state visit to Nepal last year, according to Xinhua.

The Chinese President also said the two sides have stuck together through thick and thin and stood shoulder to shoulder in the fight against the COVID-19 outbreak, and have written a new chapter of friendship between China and Nepal, Xinhua further said. Nepal and China had established their diplomatic relations on August 1, 1955.

In absence of high-level visits from China, goodwill and cordiality had been shadowed. President Xi Jinping’s arrival in Kathmandu will renew... Read More...

When Xi comes to Nepal

When Xi comes to Nepal, he will break the 23 years gap of presidential visit to Nepal. Can this inspire the... Read More...