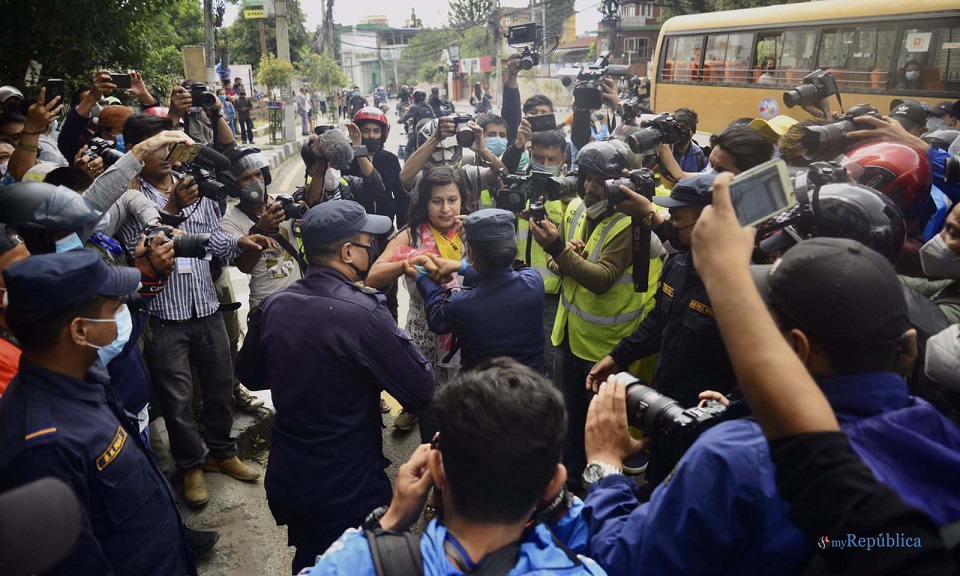 KATHMANDU, July 31: As many as 39 protesters of the ‘Enough is Enough’ campaign were arrested from various places in Kathmandu on Friday.

They were all gathering for a peaceful protest at Baluwatar demanding better response to COVID-19 pandemic.

They have been staging demonstrations and protests in various cities across the country.

Along with the protestors, the bystanders, as well as other civilians walking around the area were also arrested, further reads the statement. “They have not been told where they are being taken to. A few of them were taken to the Nepal Police Club. We do not know about others yet.”

Alok Subedi, one of the active campaigners who has also been arrested, tweeted “Police have arrested me as well as a few other youths including Ranju Darshana, Saurabh Neupane, Pawan Thapa and Nawaraj Upreti. We were arrested while we were just about to start our peaceful protest. We have been brought to a police station in Narayan Gopal Chowk.”

According to Subedi police used force to detain them even when they were in a non-restricted area.

The campaigners have also urged the National Human Rights Commission (NHRC) and other government authorities concerned to assess the situation and join in to condemn the government for ‘this inhumane act’.

Iih, once again is in indefinite Satyagraha until all the demands are fulfilled for a better COVID-19 response to save... Read More...