From American to European exceptionalism 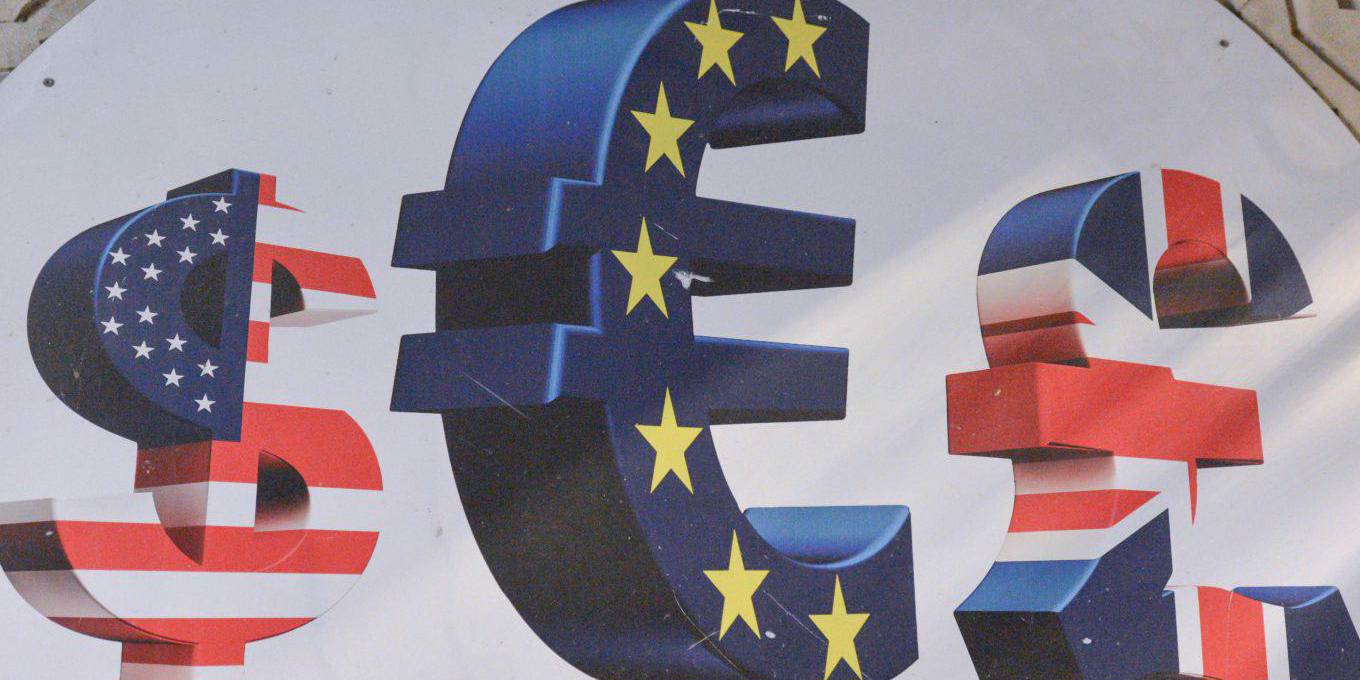 American exceptionalism has long been the icing on the cake for the Teflon-like US dollar. Those days are gone.

NEW HAVEN – Those are tough words to swallow for a hardcore Euroskeptic. Like many, I have long been critical of Europe’s Economic and Monetary Union as a dysfunctional currency area. Notwithstanding a strong political commitment to European unification as the antidote to a century of war and devastating bloodshed, there was always a critical leg missing from the EMU stool: fiscal union.

Not anymore. The historic agreement reached on July 21 on a €750 billion ($868 billion) European Union recovery fund, dubbed Next Generation EU, changes that—with profound and lasting implications for both an overvalued US dollar and an undervalued euro.

Unlike the United States, which appears to be squandering the opportunities presented by the epic COVID-19 crisis, Europe has risen to the occasion—and not for the first time. In July 2012, in the depths of a seemingly fatal sovereign debt crisis, then-ECB President Mario Draghi vowed to do “whatever it takes” to defend the beleaguered euro. While that pledge solidified the European Central Bank’s credibility as an unshakable guardian of the single currency, it did nothing to address the greater imperative: the need to trade national sovereignty for a pan-European fiscal transfer mechanism.

The July 21 agreement accomplishes just that. And now the EMU stool finally has all three legs: a common currency, one central bank, and a credible commitment to a unified fiscal policy.

Of course, the deal is far from perfect. Significantly, it requires unanimous consent from the EU’s 27 member states—always a nail biter in today’s charged and polarized political environment. And there was a major tug of war over the composition of the EU fund, which will comprise €390 billion in one-off COVID relief grants and €360 billion in longer-duration loans. While the devil could lurk in the details, the bottom line is clear: the Next Generation EU plan will draw critical support from large-scale issuance of pan-European sovereign bonds. That finally puts Europe on the map as the backer of a new risk-free asset in a world that up until now has only known only one: US Treasuries.

Europe’s fiscal breakthrough drives an important wedge between the overvalued US dollar and the undervalued euro. Recent trading in foreign-exchange markets now seems to be catching on to this. But there is a long way to go. Notwithstanding a surge in June and early July, the broad euro index remains 14 percent below its October 2009 high in real terms, whereas the dollar, despite weakening in recent weeks, remains 29 percent above its July 2011 low. My prediction of a 35 percent drop in the broad dollar index is premised on the belief that this is just the beginning of a long-overdue realignment between the world’s two major currencies.

I fully recognize that currency calls have long been the trickiest macro forecasts of all. Former US Federal Reserve Chairman Alan Greenspan famously put them on a par with coin tosses. Still, sometimes it pays to take a stab.

My bearish view that an overvalued dollar is ripe for a sharp decline reflects two strains of analysis: America’s rapidly worsening macroeconomic imbalances and a government that is abdicating all semblance of global leadership. The July 21 breakthrough in Europe, and what it means for the euro, only deepens my conviction.

On macro imbalances, the precipitous decline in US domestic saving that underpinned my original argument now seems to be well under way. The initial pandemic-related spike in personal saving now seems to be receding, with the personal saving rate falling from 32 percent in April to 23 percent in May, while the federal budget deficit is exploding, spiking to $863 billion in June alone—almost equaling the $984 billion shortfall for all of 2019. And, of course, the US Congress is just days away from enacting yet another multi-trillion-dollar COVID-19 relief bill. This will put enormous pressure on already-depressed domestic saving—the net national saving rate was just 1.5 percent of national income in the largely pre-pandemic first quarter of 2020—and put the current account on a path toward a record deficit.

The comparison with Europe is particularly compelling from this perspective. Whereas the International Monetary Fund expects the US current-account deficit to hit 2.6 percent of GDP in 2020, the EU is expected to run a current-account surplus of 2.7 percent of GDP—a differential of 5.3 percentage points. With the US entering the COVID crisis with a much thinner saving cushion and moving far more aggressively on the fiscal front, the net-saving and current-account differentials will continue to shift in Europe’s favor—putting significant downward pressure on the dollar.

The same is true from the standpoint of global leadership, especially with America pushing ahead on deglobalization, decoupling, and trade protectionism. Moreover, I was particularly impressed by Europe’s latest efforts to address climate change—not only framing Next Generation EU to be compliant with the Paris climate agreement, but also earmarking close to one-third of its broader budget package for green infrastructure and related spending initiatives. US President Donald Trump has unfortunately gone in precisely the opposite direction, continuing to dismantle most of the environmental regulations put in place by President Barack Obama’s administration, to say nothing of having withdrawn from the Paris accord in early 2017.

The COVID containment disparity is equally striking. New cases in the US soared to a record daily high of 67,000 in the week ending July 21—up a staggering 208 percent from mid-June. In the EU-27, the daily count of newly confirmed infections has remained roughly stable since mid-May, at a little over 5,000. Given that the EU’s population is 35 percent larger, America’s abysmal failure at containing the coronavirus is all the more glaring on a per capita basis. Moreover, the expansion of coronavirus testing in the US is actually decelerating just as the infection rate is exploding, undermining the Trump administration’s vacuous justification that more testing is driving the rise in infections. With Europe’s much deeper commitment to public-health policy and enforcement, whose currency would you rather own?

American exceptionalism has long been the icing on the cake for the Teflon-like US dollar. Those days are gone. As the world’s most unloved major currency, the euro may well be headed for an exceptional run of its own. Downward pressure on the dollar will only intensify as a result.

Stephen S Roach is a faculty member at Yale University and the author of  "Unbalanced: The Codependency of America and China"

Intraparty Democracy at Stake in Nepal

This escalating ideological crisis within the political parties, lack of vision and clear action plan, disregard to the democratic norms... Read More...

A Cyber-Libertarian View on Monarchy

What will happen if the AI governance setup of the future feels a monarchy in a democratic setup is preferable... Read More...

Resuscitation of the Bygone Loksewa Legacy

Every person reading this piece knows why and where the majority of Nepali talents land after finishing school or completing... Read More...

Nepse inches up 3.33 points after falling continuously for four days
36 minutes ago