The COVID shock to the dollar 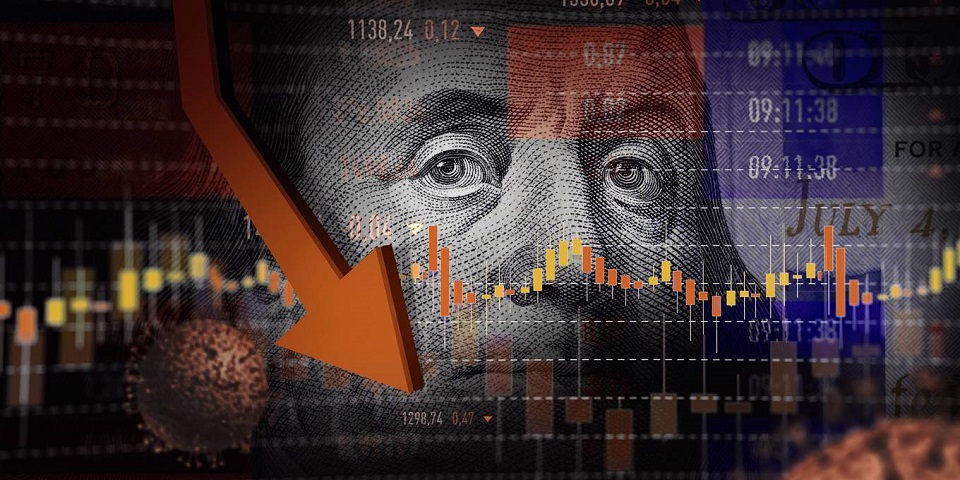 No country can afford to squander its saving potential—ultimately, the seed-corn of long-term economic growth. That’s true even of the United States.

NEW HAVEN – Pandemic time runs at warp speed. That’s true of the COVID-19 infection rate, as well as the unprecedented scientific efforts under way to find a vaccine. It is also true of transformational developments currently playing out in pandemic-affected economies. Just as a lockdown-induced recession brought global economic activity to a virtual standstill in a mere two months, hopes for a V-shaped recovery are premised on an equally quick reopening of shuttered economies.

It may not be so simple. A sudden stop – long associated with capital flight out of emerging markets – often exposes deep-rooted structural problems that can impair economic recovery. It can also spark abrupt asset-price movements in response to the unmasking of long-simmering imbalances.

Such is the case for the pandemic-stricken US economy. The aggressive fiscal response to the COVID-19 shock is not without major consequences. Contrary to the widespread belief that budget deficits don’t matter because near-zero interest rates temper any increases in debt-servicing costs, in the end there is no “magic money” or free lunch. Domestic saving, already depressed, is headed deep into negative territory. This is likely to lead to a record current-account deficit and an outsize plunge in the value of the dollar.

No country can afford to squander its saving potential – ultimately, the seed-corn of long-term economic growth. That’s true even of the United States, where the laws of economics have often been ignored under the guise of “American exceptionalism.”

Alas, nothing is forever. The COVID-19 crisis is an especially tough blow for a country that has long been operating on a razor-thin margin of subpar saving.

Heading into the pandemic, America’s net domestic saving rate – the combined depreciation-adjusted saving of households, businesses, and the government sector – stood at just 1.4% of national income, falling back to the post-crisis low of late 2011. No need to worry, goes the conventional excuse – America never saves.

Think again. The net national saving rate averaged 7% over the 45-year period from 1960 to 2005. And during the 1960s, long recognized as the strongest period of productivity-led US economic growth in the post-World War II era, the net saving rate actually averaged 11.5%.

Expressing these calculations in net terms is no trivial adjustment. Although gross domestic saving in the first quarter of 2020, at 17.8% of national income, was also well below its 45-year norm of 21% from 1960 to 2005, the shortfall was not as severe as that captured by the net measure. That reflects another worrisome development: America’s rapidly aging and increasingly obsolete stock of productive capital.

That’s where the current account and the dollar come into play. Lacking in saving and wanting to invest and grow, the US typically borrows surplus saving from abroad, and runs chronic current-account deficits in order to attract the foreign capital. Thanks to the US dollar’s “exorbitant privilege” as the world’s dominant reserve currency, this borrowing is normally funded on extremely attractive terms, largely absent any interest-rate or exchange-rate concessions that might otherwise be needed to compensate foreign investors for risk.

That was then. In COVID time, there is no conventional wisdom.

The US Congress has moved with uncharacteristic speed to provide relief amid a record-setting economic free-fall. The Congressional Budget Office expects unprecedented federal budget deficits averaging 14% of GDP over 2020-21. And, notwithstanding contentious political debate, additional fiscal measures are quite likely. As a result, the net domestic saving rate should be pushed deep into negative territory. This has happened only once before: during and immediately after the 2008-09 global financial crisis, when net national saving averaged -1.8% of national income from the second quarter of 2008 to the second quarter of 2010, while federal budget deficits averaged 10% of GDP.

In the COVID-19 era, the net national saving rate could well plunge as low as -5% to -10% over the next 2-3 years. That means today’s saving-short US economy could well be headed for a significant partial liquidation of net saving.

With unprecedented pressure on domestic saving likely to magnify America’s need for surplus foreign capital, the current-account deficit should widen sharply. Since 1982, this broad measure of the external balance has recorded deficits averaging 2.7% of GDP; looking ahead, the previous record deficit of 6.3% of GDP in the fourth quarter of 2005 could be eclipsed. This raises one of the biggest questions of all: Will foreign investors demand concessions to provide the massive increment of foreign capital that America’s saving-short economy is about to require?

The answer depends critically on whether the US deserves to retain its exorbitant privilege. That is not a new debate. What is new is the COVID time warp: the verdict may be rendered sooner rather than later.

America is leading the charge into protectionism, deglobalization, and decoupling. Its share of world foreign-exchange reserves has fallen from a little over 70% in 2000 to a little less than 60% today. Its COVID-19 containment has been an abysmal failure. And its history of systemic racism and police violence has sparked a transformative wave of civil unrest. Against this background, especially when compared with other major economies, it seems reasonable to conclude that hyperextended saving and current-account imbalances will finally have actionable consequences for the dollar and/or US interest rates.

To the extent that the inflation response lags, and the Federal Reserve maintains its extraordinarily accommodative monetary-policy stance, the bulk of the concession should occur through the currency rather than interest rates. Hence, I foresee a 35% drop in the broad dollar index over the next 2-3 years.

Shocking as that sounds, such a seemingly outsize drop in the dollar is not without historical precedent. The dollar’s real effective exchange rate fell by 33% between 1970 and 1978, by 33% from 1985 to 1988, and by 28% over the 2002-11 interval. COVID-19 may have spread from China, but the COVID currency shock looks like it will be made in America.

Stephen S. Roach is a faculty member at Yale University and the author of “Unbalanced: The Codependency of America and China.”

Fireworks boomed as the visitors at Shanghai Disneyland waited for their COVID-19 test results, surrounded by healthcare workers dressed from... Read More...

Iran death toll from coronavirus rises by 71 to 6,028 - Health Ministry

IRAN, April 30: The death toll from the outbreak of the new coronavirus increased by 71 in the past 24 to... Read More...

Madrasa education to be included in government curriculum
17 minutes ago