A decade of peace process

For Madhesis, CPA promises not kept 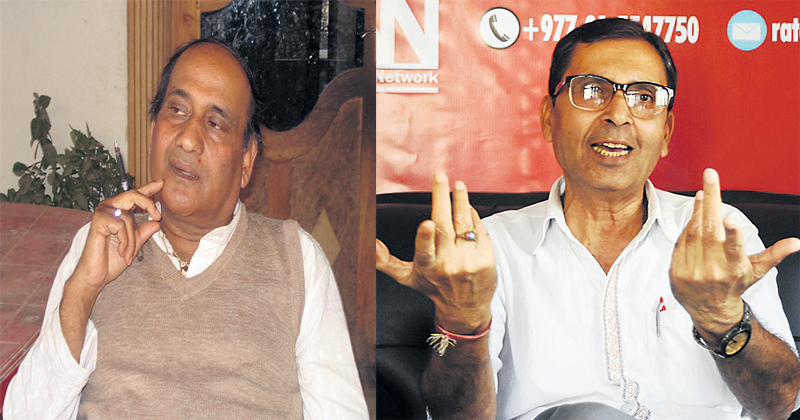 JANAKPUR, Nov 20: When the nation moved towards peace exactly 10 years ago this day, citizens across the nation welcomed the prospect of peace and prosperity. All the suppressed and marginalized groups believed that the Comprehensive Peace Accord (CPA) signed between the rebels and major political forces would take the nation on a progressive path.

They hoped to live in a New Nepal, where everyone would feel equally empowered and dignified. However, Madhesi intellectuals feel that those promises and hope have not been translated into reality for them.

“Though the country got its new constitution last year and people rejoiced, a huge section of people however could not own it. And the state failed to understand their concern,” notes Professor Surendra Labh, a Madhes based intellectual.

“And if you ask me as to why the expectations of Madhesis have not been met so far? It is simply because of the insincerity shown by senior political leaders in keeping their promises,” he said. “If they fail to address the sentiment of Madhesis, it’s not going to be easy.”

Professor Labh feels that the Maoists, which rebelled for the change, have also give up. Though the rebel turned political party, CPN (Maoists Center), has been in power time and again, he claims that it has not done enough to institutionalize the major achievements of conflict.

“In my view, the Comprehensive Peace Accord had promised way more things than just Maoists coming to open politics and managing its combatants. But actually these are the only two things that happened,” he said.

The then Prime Minister Girija Prasad Koirala and commander of the rebels Pushpa Kamal Dahal aka Prachanda, had signed the CPA on November 21, 2006. The peace accord included a road map for establishing lasting peace and prosperity in the country, which Professor Labh feels, has not been honestly followed.

“Implementing major tasks of the CPA that are essential for ending conflict and establishing lasting peace should have been the state’s top priority,” said Labh. “For all the dreams that the Maoists had given to the people, the party should have been serious about materializing them. But issues of identity, equality, and inclusion are no longer its interest.”

Stating that the people of Madhes do have reasons to become anxious, he asked ‘Kathmandu’ (referring to the government) for not avoiding it. Major political parties, he said, should do soul searching for figuring factors that have been holding the country in limbo.

Bharat Bimal Yadav, one of the signatories of the 12-point-agreement that set stage for the CPA, has similar views. He stated that the country must seriously review its loss and gains in the last one decade.

“Bringing the warring side to the peace process was a huge achievement. However, that was not the lone goal of the peace agreement. The issues for which the conflict took place are yet to be addressed,” said Yadav.

He added that the major political parties have simply failed to institutionalize the changes. “When they fail to identify reasons behind such a long violent war and address them, the war cannot end. The struggle will continue.”

He called on senior political party leaders to be sincere for ensuring safe landing of the peace process. “Self introspection is very crucial for the senior politicians to understand the demands of the Madhesis. They have to do soul searching and fulfil the promises made by the CPA.”

Dr Rajendra Bimal expressed similar concerns while stating that the nation is in fact moving towards another conflict. He feels that political developments since the CPA have not been really relieving. “The developments seen the peace process are rather worrying. We see that the developments have in fact, sown the seeds of conflict.”

According to Dr Bimal, the decade long conflict was not for nothing. It was supposed to bring the changes that people wanted. “If the country is to continue embracing regressive forces and cultures, what is the meaning of conflict and the peace agreement? The state has to justify everything.”

Even after a decade of signing of the peace accord, the country is still in a mess and that is just due to the lack of honesty among political leaders, he asserted. “It is very unfortunate to see the country heading for another conflict. Political party leaders must be serious towards actualizing promises made in the CPA.”

He claimed that Madhes was forced to embrace conflict because of the state’s negligence to their demands and concerns. He criticized the government for not being able to take its own people into confidence and further deteriorating the situation with its biased treatment.

“Sometimes they link Madhesis with India, sometimes they talk about making closer relationships with China. Such attitude does not work. We have to resolve our internal issues by ourselves,” he said calling on the state for addressing issues of citizenship and federal demarcation, among others.

JAJARKOT, Nov 17: There were days when persuading voters was not a big deal for the candidates and political leaders in... Read More...