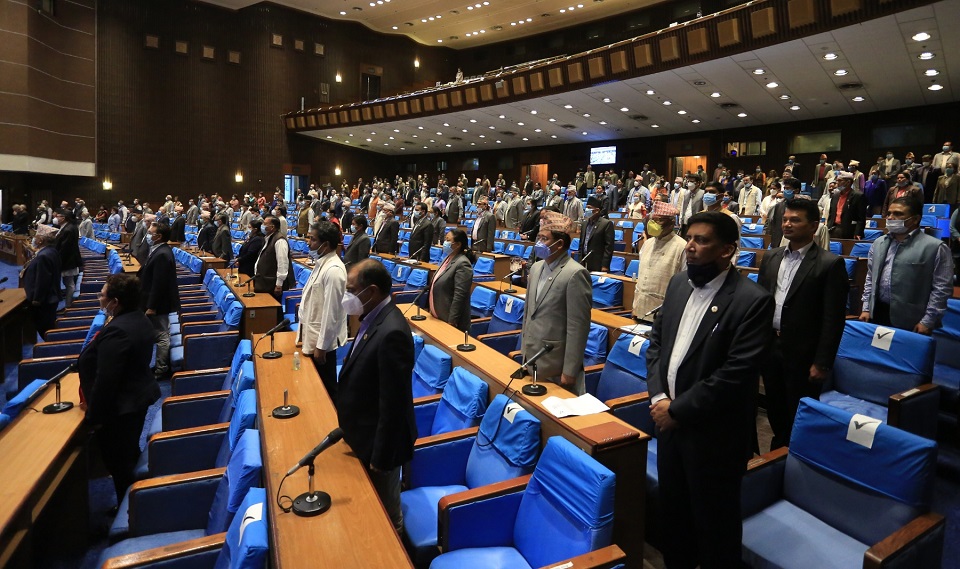 KATHMANDU, June 13: The House of Representatives (HoR) is all set to endorse the constitution amendment bill today to pave way for replacing Nepal’s map in the national emblem with the country’s new political and administrative map which includes Kalapani, Lipu Lekh and Limpiyadhura.

The unanimous endorsement of the lower house will now pave way for the government expedite the process to replace new political map in Nepal's national emblem. 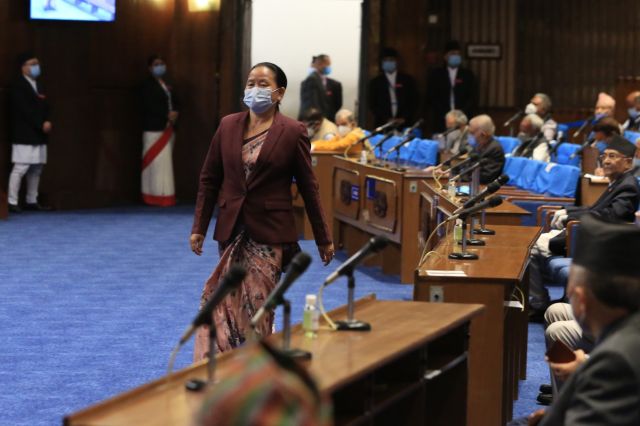 Minister for Law, Justice and Parliamentary Affairs Dr Shivamaya Tumbahangphe is scheduled to present a proposal for clause-wise discussion on the Constitution (2nd amendment) Bill, 2077 in the parliament.

After the deliberation is over in the Bill, the proposal for its passage will be presented again in parliament, the Parliament Secretariat said. It requires two-third majority to pass the amendment bill.

The voting for the same is taking place today evening. The government had registered the Bill in the federal parliament on May 22 and Minister Tumabahangphe presented it before parliament on May 24. The HoR meeting on June 9 approved unanimously the proposal, seeking consideration on the bill.

The new map will be used in all official documents including the coat of arms after the amendment bill is endorsed through parliament. 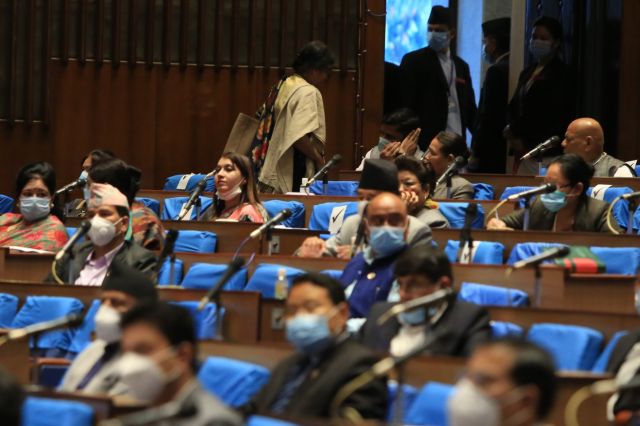 After the Lower House passes the Bill by the two-thirds majority, it goes to the National Assembly for the same. The major opposition Nepali Congress, Samajbadi Party Nepal and Rastriya Prajatantra Party have already decided to vote in favor of the bill.

The House of Representatives on Tuesday unanimously endorsed a proposal to consider the constitution amendment bill to pave way for replacing Nepal’s map in the national emblem with the country’s new political and administrative map which includes Kalapani, Lipu Lekh and Limpiyadhura.

The government's bid to bring amendment in Nepal's political map in the national emblem officially moved forward after the endorsement of the lower house.

On May 30, Law, Justice and Parliamentary Affairs Minister Shivamaya Tumbahangphe had tabled the bill for discussions at parliament in a bid to amend Nepal's constitution to update the country’s map.

Four weeks ago, Law Minister Tumbahamphe had registered the constitution amendment bill at parliament after the government introduced a new political map that includes Kalapani, Lipu Lekh and Limpiyadhura.

KATHMANDU, May 9: Nepal has strongly objected to the construction of a strategic link road by the Indian government connecting... Read More...