COVID-19 has forced us to reimagine biodiversity conservation 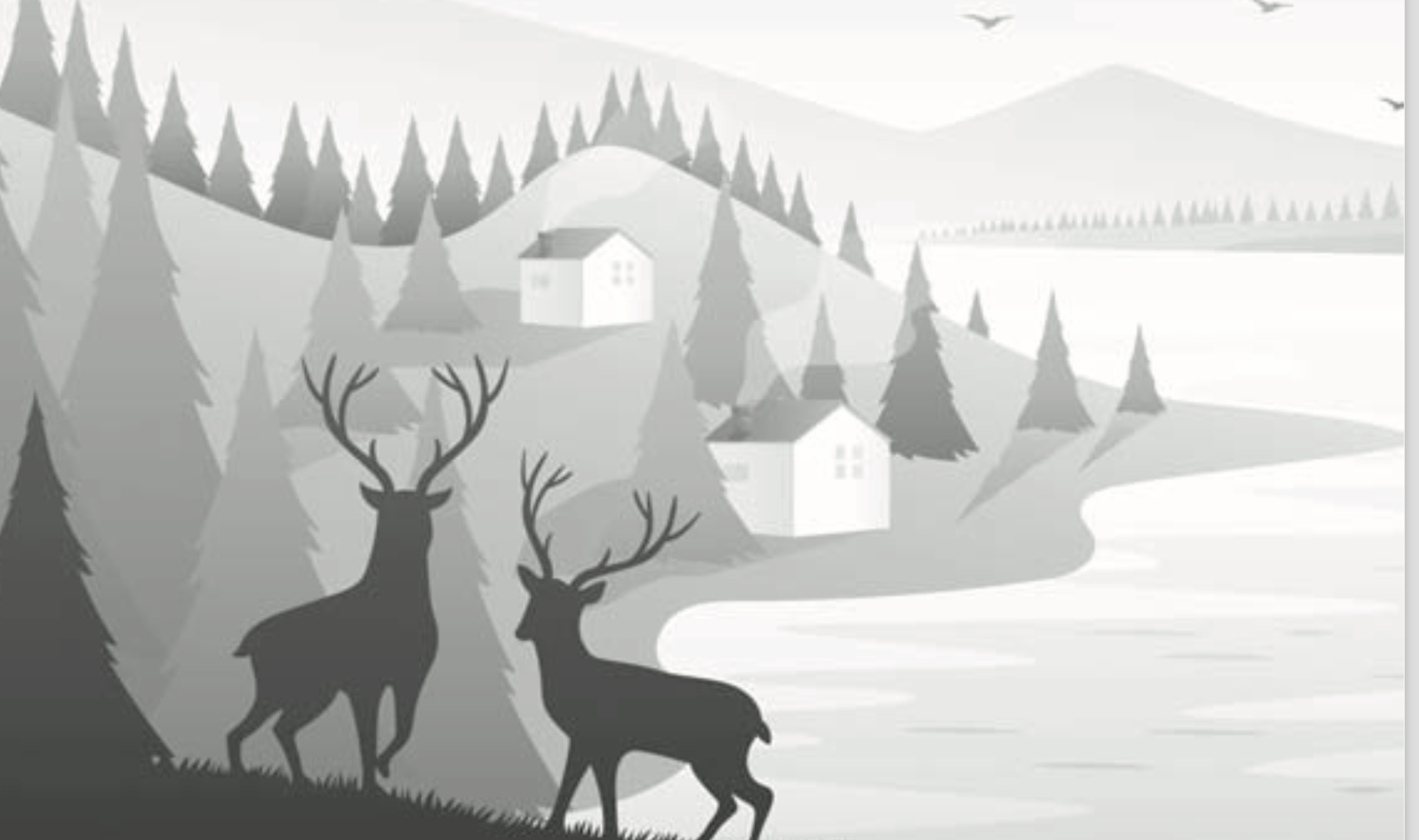 Oli is a secretary at the Ministry of Forests and Environment
news@myrepublica.com

Biodiversity at species level encompasses more than 8 million species on the planet and the ecosystems that house them such as oceans, forests, mountain environments and coral reefs. According to the recently released Global Assessment Report, 2019 of the Intergovernmental Science-Policy Platform on Biodiversity and Ecosystem Services (IPBES), nature is declining globally at rates never seen in human history. The report found that close to one million species are at the risk of extinctions. The Asia Pacific Regional Report of the IPBES found that 46% of endemic species are at risk in South Asia and roughly 1 in 3 species of freshwater fish are threatened. This magnitude of biodiversity loss can have grave impacts on people around the world. Another recently released report by the Food and Agriculture Organization (FAO): The State of the World’s Forests  says that the most important ecosystems and biodiversity refuges on land are forests, which are home to most of Earth’s terrestrial biodiversity: 80% of amphibian species; 75% of bird species, and 68% of mammal species.

Biodiversity provides clean air and water, nutritious foods, scientific understanding and medicine sources, natural disease resistance, and climate change mitigation. The World Economic Forum report, 2020 shows that roughly US$ 44 trillion of economic value generation -representing more than half of the global GDP- is moderately or highly dependent on nature and its services. Similarly, the above mentioned FAO report states that forests provide more than 86 million green jobs and support the livelihoods of many more people. Four billion people rely primarily on natural medicines and nearly 2.4 billion people in both urban and rural settings use wood-based energy for cooking. More than 28,000 plant species are currently recorded as being of medicinal use and many of them are found in forest ecosystems. Among the hundreds of millions of people living in poverty, more than 70%t depend  on natural resources to earn their livelihoods, whether through farming, fishing, forestry, or other nature-based activities. The world’s forests can absorb up to 40% of anthropogenic CO2 emissions.

Biodiversity underpins the livelihoods of people and supports the national economy of Nepal. The country covers less than 0.03 % of the total landmass of the world and 0.3% of Asia, yet, it is home to about 3.1 % of the world’s flora and fauna. A total of 284 flowering plants and 160 animal species are considered endemic to Nepal. In Nepal, 14 plant species, 27 species of mammals, 9 species of birds, and 3 species of reptiles are listed as protected species. Study shows that Nepal has a total of 118 ecosystems, 75 vegetation types and 35 forest types. Nepal has demonstrated successful biodiversity conservation. It has adopted a landscape approach to conservation since 2000, integrating protected areas, forest ecosystems, wetlands, biological corridors, agro-ecosystems and community-based institutions. The forest cover has increased by nearly 5% from the 1999 figure when Nepal had around 39.6% of forest area. There are 20 protected areas in Nepal, with an area of 3.44 million ha, accounting for 23.39% of the total area of the country. More than 30,000 Community-based Forestry Groups have been working towards biodiversity conservation in Nepal. Number of many wildlife species, such as Tiger (and its prey species), Rhinos, Leopards, Black Buck, Ghariyal, Wild Buffalo has increased.

Nepal has formulated several sectoral and cross-sectoral legislations, policies, strategies and plans related to environment and biodiversity conservation. Some of the major policy and legislative instruments include National Forest Policy, 2019; National Environment Policy, 2019; National Climate Change Policy, 2019; Forest Act, 2019; National Parks and Wildlife Conservation Act, 1973 and its various Regulations; Environment Protection Act, 2019; Convention on International Trade in Endangered Species of Wild Fauna and Flora (CITES) Act, 2016 and its Regulation 2019. Being a party to the Convention on Biological Diversity (CBD), Nepal submitted its sixth national report to the CBD secretariat in December 2018. After the adoption of the post-2020 Global Biodiversity Framework, Nepal also needs to prepare a document that will succeed the Aichi Biodiversity Target, 2011 in line with the new 2021-30 framework. Nepal’s REDD+ strategy and national adaptation plan also need to give high priority to biodiversity conservation.

Notwithstanding the overwhelming role of biodiversity on our economy, livelihood, health and environment, there have been challenges in undertaking biodiversity and environment conservation. According to the Global Assessment Report 2019 of the IPBES, about 75% of Earth’s terrestrial environment has been severely altered by human actions. Although the world’s 7.6 billion people represent only 0.01% of all living things by weight, humanity has already caused the loss of 83% of all wild mammals and half of all plants. Human actions, including deforestation, encroachment on wildlife habitats, intensified agriculture, and acceleration of climate change, have pushed nature beyond its limit. The Country Integrated Diagnostic on Environment and Natural Resources for Nepal published by Asian Development Bank in 2020 estimates that the climate change-driven events such as melting glaciers, degrading and eroding watersheds, drying water sources, and extreme precipitation pose a grave risk to Nepal’s economy, and could cause losses equal to almost 2.2% of the country’s annual GDP by 2050 and 9.9% by 2100. Illegal trade due to high economic value in the international market, human-wildlife conflict, loss of habitats due to encroachment, forest fires, and invasive alien plant species are some of the emerging threats to conservation of Nepal’s biodiversity.

The impacts of COVID-19 have been observed across all regions and sectors. The lockdown and restrictions on mobility and economic activities, globally and in Nepal, is estimated to bring multi-faceted impacts on various sectors, including our economy, environment, and biodiversity among others. The International Monetary Fund has predicted that the global economy will be contracted by 3% in 2020 and the economic growth of Nepal will be limited to 2.5%. Similarly, the World Bank estimates that Nepal’s GDP growth will shrink to 1.5 to 2.8% in 2020. In the biodiversity sector, study shows that the emergence of COVID-19 has underscored the fact that, when we destroy biodiversity, we destroy the system that supports human life. Unwise extraction of biodiversity from nature, unsustainable harvesting of timber and non-timber forest products, and degradation of our enchanting Himalayan landscape can not only deprive Nepalis of their vital livelihood resources but also decrease in the number of tourists visiting protected areas, thus impacting our economy. Incidence of illegal extraction of forest products, harming wild animals that step in human settlements and increasing threats to the livelihoods of forest dependent communities are some of the potential impacts of COVID-19 in Nepal's biodiversity sector. This trend will have severe impacts on overall health of biodiversity, food and medicine production, and source of employment for our youth in the country.

To cope with the COVID-19 situation, the government's annual program and budget has given emphasis on the programs and activities that maximize income and generate employment through increased production and reduce expenditure. The annual budget of the coming fiscal year has the target of additional 30,000 employment generation through forestry sector. A report by the World Bank in 2019 estimates that annual rents and government revenues from Nepal’s forests could be US$ 456 million and US$ 83 million, respectively, which is six to seven times the amount received under the current practices. Implementation of community-led conservation programs, awareness building, both in-situ and ex-situ conservation especially for native species and agro-biodiversity are some of the areas that we should focus on to reduce biodiversity loss. Research and knowledge gap-filling study along with consolidated efforts through strong stakeholders’ coordination and capacity building are essential to ensure sustainable and effective biodiversity conservation in Nepal.

We should live in harmony with nature. The United Nations has declared 2021-2030 as the Decade of Ecosystem Restoration which emphasizes preventing, halting and reversing the degradation of ecosystems worldwide. We need to work together to achieve these common goals for the current and future generations. This will also help Nepal achieve prosperity through sustainable management of our rich environment and natural resources.

Oli is a secretary at the Ministry of Forests and Environment

Whenever I plan to go somewhere, I always opt for an intensive search about biodiversity of the place, and mostly... Read More...

We must acknowledge that the agricultural sectors have the potential to contribute to the protection of biodiversity ... Read More...