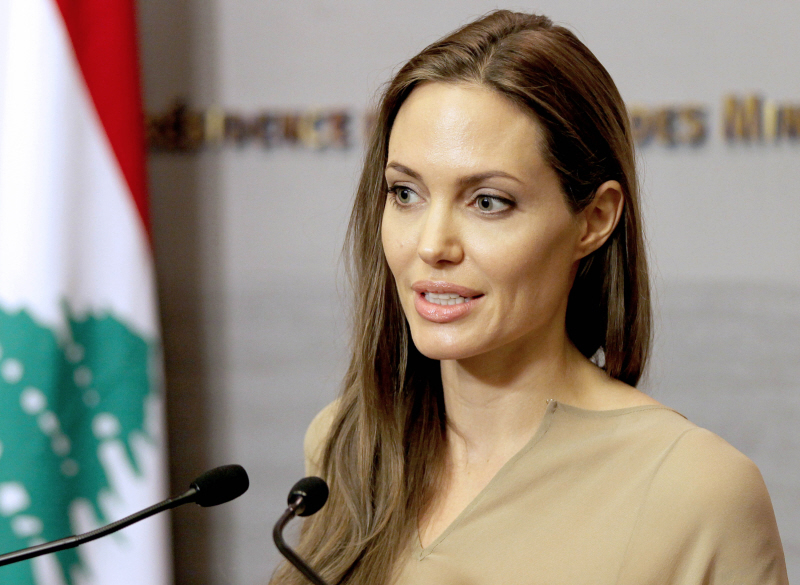 Angelina Jolie recently appeared in a recorded a video for the International Criminal Court marking it her first public appearance since her divorce from husband Brad Pitt.

The ICC tweeted about the 41-year-old actor’s response to a recent policy regarding children.

A clip of the video was also captured by several Twitter users and shared on the social media site.

Jolie is seen donning a black blazer and a neat hairdo as she addresses the audience from the video.

“Successful prosecution and new legal benchmark, whether at the ICC or elsewhere is part of the long and vital generational effort,” she said, “That is the light in which I believe the court’s new policy on children should be seen.”

“I particularly welcome the commitment to include charges for crimes against children wherever the evidence permits as part of a more systematic approach. I congratulate the office of the chief prosecutor, and all those working on the policy,” the By the Seastar added.

According to the custody agreement, Maddox Jolie-Pitt, 15, Pax, 12, Zahara, 11, Shiloh, 10, and twins Knox and Vivienne, 8, will remain with their mother while continuing ‘therapeutic visits’ with their father.

On the other hand, Pitt has stepped out several times since their very public split.

Earlier last week, the actor and his good friend Julia Roberts attended a private screening of the upcoming film Moonlight and the next day, he hit the red carpet for a premiere of his upcoming film Allied in which he shares the screen with Marrion Cotillard.

LOS ANGELES, Oct 24: Actress Angelina Jolie's children are helping her rethink how she handles herself in court during the... Read More...