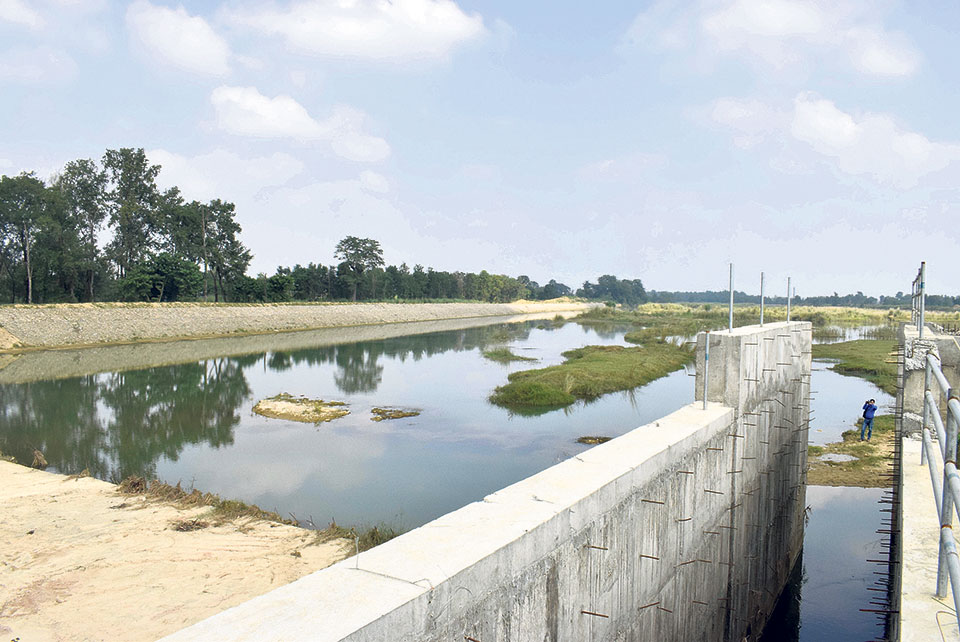 KATHMANDU, June 2: The government is planning to create jobs through irrigation projects for migrant workers who will return home because of COVID-19.

The Ministry of Energy, Water Resources and Irrigation is planning to utilize the budget allocated for irrigation projects by creating employment for the abroad returnees. According to the ministry, the budget for the upcoming fiscal year 2020/21 has been managed in a way to address the employment concern of abroad returnees. The government has allocated Rs 28 billion for irrigation projects. The ministry plans to invest Rs 6 billion for direct and indirect employment of the people.

The budget has launched a tubewell distribution program under ‘Special program for prosperous Tarai-Madhes’. A total of 247 deep tube-wells and 5,000 shallow tube-wells will be distributed under a subsidy. Energy Minister Barshaman Pun said that the plan to distribute tubewells has been introduced in an attempt to create maximum employment in coordination with the Ministry of Agriculture. “A huge number of youth are expected to return to Nepal from abroad due to COVID-19 so we have introduced programs to employ them in the agriculture sector,” he added. According to the ministry, 22,000 hectares of land can be irrigated through shallow and deep tubewells.

Rabindra Nath Shrestha, secretary at the ministry said though the construction of irrigation projects takes a long time and does not have instant results, the use of tube wells can change the scenario. “It takes years for the completion of an irrigation project but the installation of tubewells does not take long,” he said, “We have put our focus on tubewells in order to create instant employment opportunities for abroad returnees in the agriculture sector.”

According to Shrestha, as soon as investment amplifies, agricultural production will also increase creating direct and indirect employment. Farmers, workers, drivers for transportation and daily wage workers are expected to be benefitted from the programs. “With improvement in irrigation, it will create a positive chain effect,” he further added.

Similarly, the ministry is also planning to provide direct employment worth five million workdays under the ‘People’s Embankment Program’. The typical workday is around eight hours a day. The government’s budget mentions that big rivers like Mahakali, Narayani, Koshi, Bakraha and more than a dozen small rivers will be managed.

Prosperity doesn’t come just from wishing or planning for high growth. But this is precisely what the governments of Nepal... Read More...

KATHMANDU, Oct 22: The economic situation of the country is gradually gaining traction following a tumultuous year, according to the Nepal... Read More...