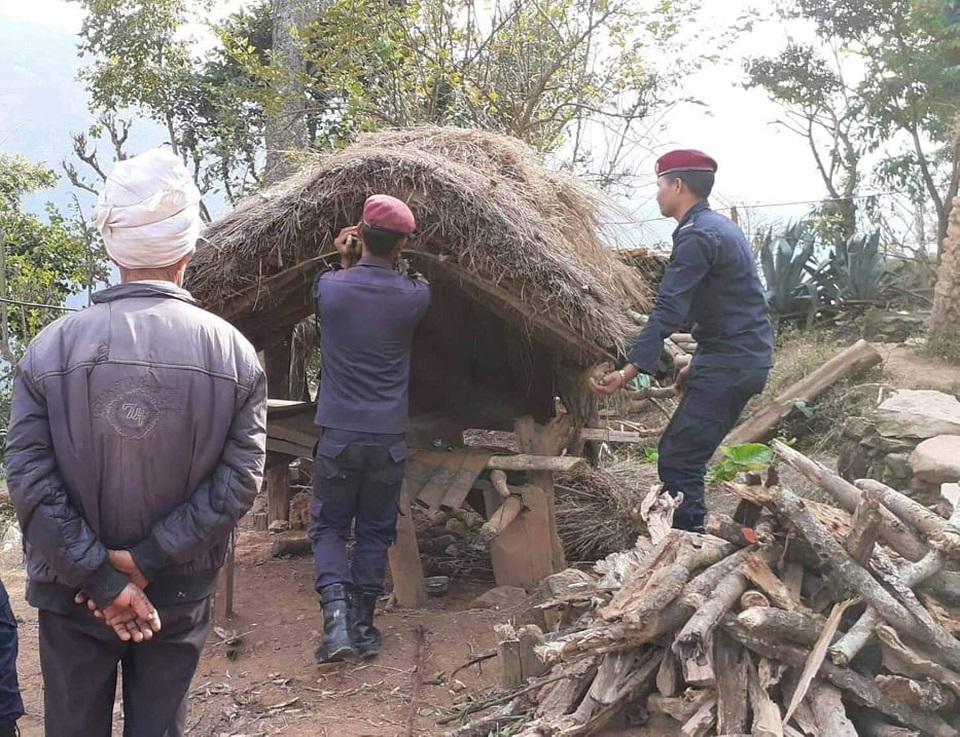 DAILEKH, Jan 8: The District Administration Office and District Police Office have demolished 93 chhaugoths at different local levels of the western part of the Dailekh district. Chhaugoth is a separate poorly ventilated hut where menstruating women are made to stay in for at least the first five to seven days.

Chief District Officer, Yubraj Kattel, said that they have got information that some of the women are staying in cowshed during their menstruation after demolishing of chhaugoths and added that initiative would be taken to resolve problem after carrying out monitoring again.

BAJURA, Jan 9:  A mother and her two sons died after a fire destroyed a chhau shelter at Budinanda Municipality-9... Read More...