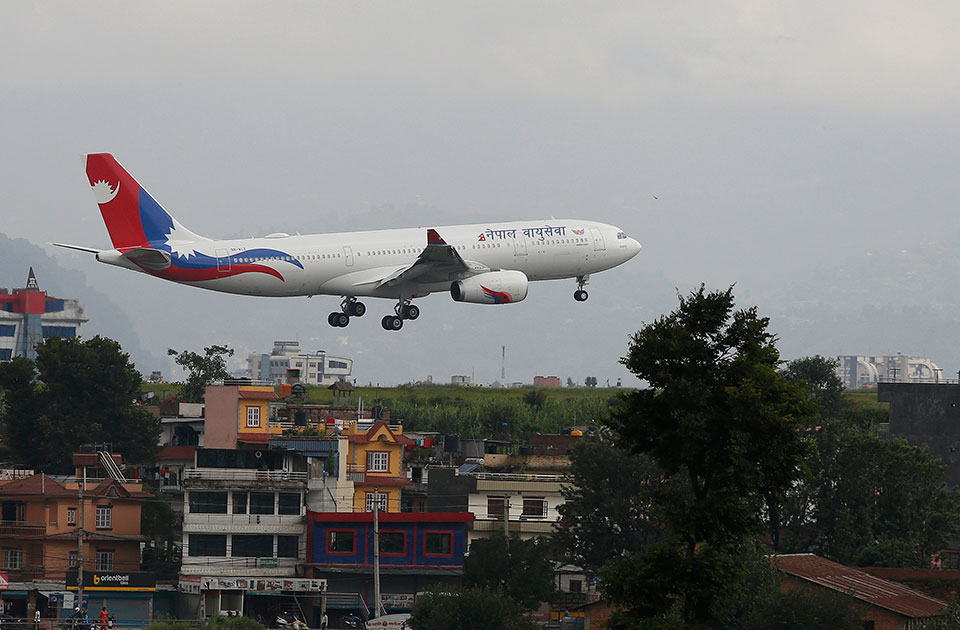 KATHMANDU, April 10: Separate flights of wide-body A-330 of Nepal Airlines are taking place tonight for Narita of Japan and Guangzhou of China. The flights are not a commercial one but chartered and cargo, the officials said.

The wide body of Nepal Airlines Corporation (NAC) is flying at 8:00 pm to Japan with 200 plus Japanese citizens stranded in Nepal, the officials at Tribhuvan International Airport (TIA) said.

The aircraft will have return land at TIA on Saturday after sending Japanese nationals to their destination.

Likewise, another aircraft of NAC is going to China for the shipment of medical supplies, NAC Spokesperson Archana Khadka said.

NAC had started its direct flight to the Japanese city of Narita from March 2 but the scheduled flights have been postponed for now owing to the spread of COVID-19 pandemic. General Manager at TIA Devendra KC said that despite the nationwide lockdown the TIA is running under busy schedule and there are altogether four international flights today itself.

Titan Airways of the UK and Korean Air are the two other companies having their chartered flights from the TIA on Friday.

NAC bringing back Boeing aircraft after maintenance in Malaysia

KATHMANDU, Jan 14: A Boeing aircraft of Nepal Airlines Corporation (NAC) that was taken to Malaysia for repair around two... Read More...