NEPALGUNJ, April 3: 181 Nepali nationals who were left stranded at no man’s land along Nepal-India border have been kept in a temporary quarantine set up nearby the borderline.

Local administration quoting ‘the order by higher authority’ had sealed Nepalgunj Rupaidiha entry point at Nepal-India border to control the cross-border movement of people in an attempt to curb the spread of novel coronavirus disease.

However, Nepalis in India entered Nepal crossing forests, rivers and fields along the bordering areas. Several attempts made by the local administration to restrict the entry of Nepali nations to their homeland from India have gone in vain as hundreds of Nepalis have made it to the Nepali side.

Some of them were, however, stopped by Nepali security personnel deployed along the borderline. 181 people who had entered via land border crossings at Jayaspur, Hirminiya and Saigaun of Banke district were asked to return again to India via Jamunaha-Rupaidiya and stay in quarantine there. However, the attempts to convince for their entry to India until 11 pm on Wednesday night turned futile as they all denied to go back to India again.

Nine of them who include physically challenged, females and children had been earlier kept at a quarantine set up at Mahendra Multiple Campus, Nepalgunj at the request of Nepalgunj sub metropolis.

According to the Chief District Officer of Banke Kumar Bahadur Khadka, 45 makeshif tents were set up using the materials provided by the Nepal Army. Those temporary shelter houses were built in a single day jointly by Nepal Army, Nepal Police and Armed Police Force.

“They will be quarantined at least for fourteen days,” according to CDO Khadka.

Three to four persons can stay in those shelter houses. Nepalgunj metropolis is overseeing them, according to deputy mayor Uma Thapa Magar. “We’ll manage daily meals, toilet and sanitation, and even health checkup during their stay here,” she added.

RELATED COVERAGE
Nepalis sneak into Nepal from India defying lockdown; say they’d rather die in their homeland (with photos) 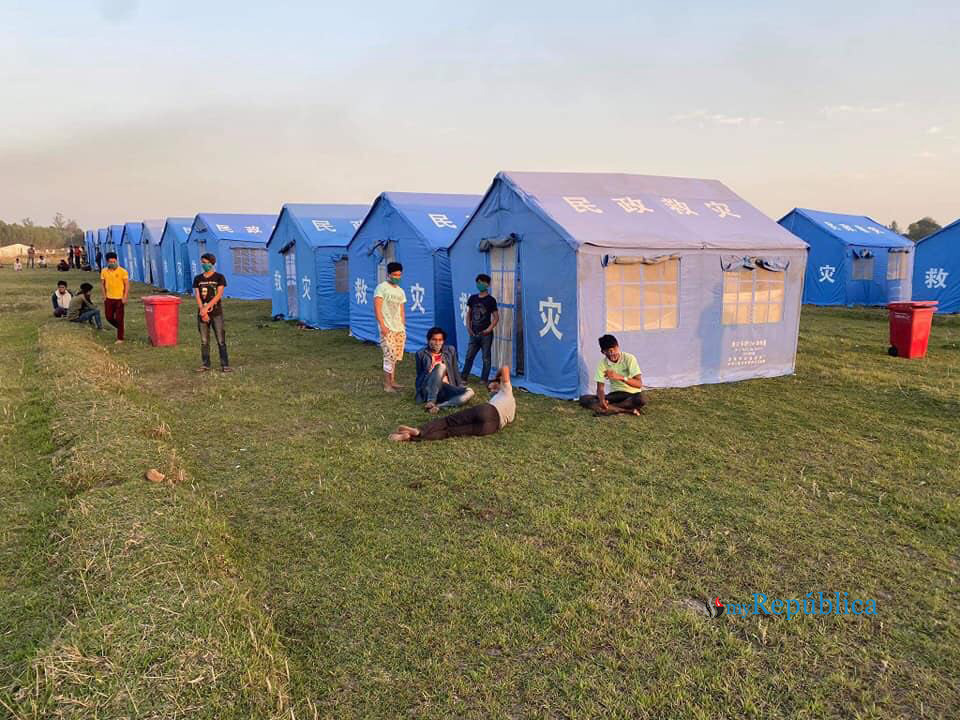 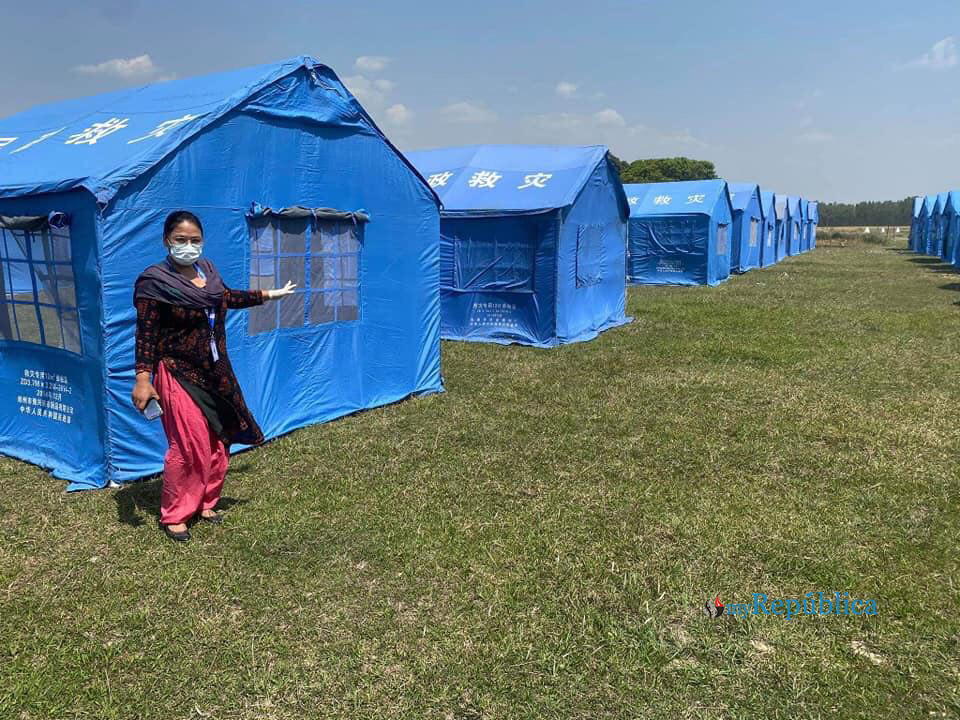 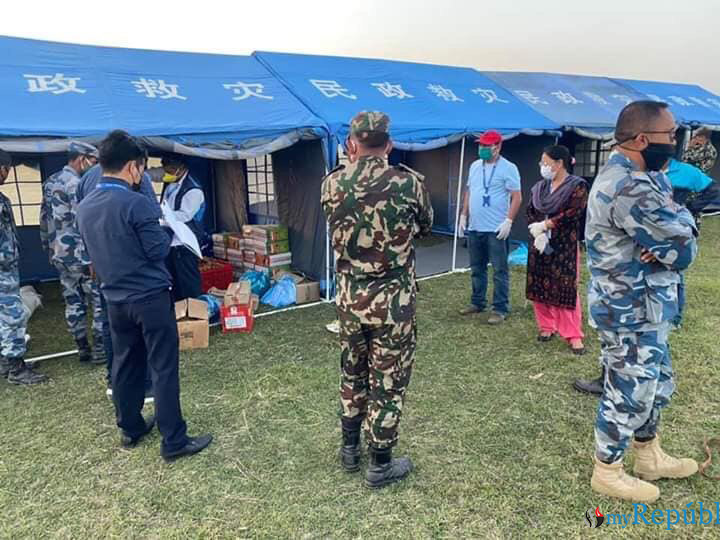 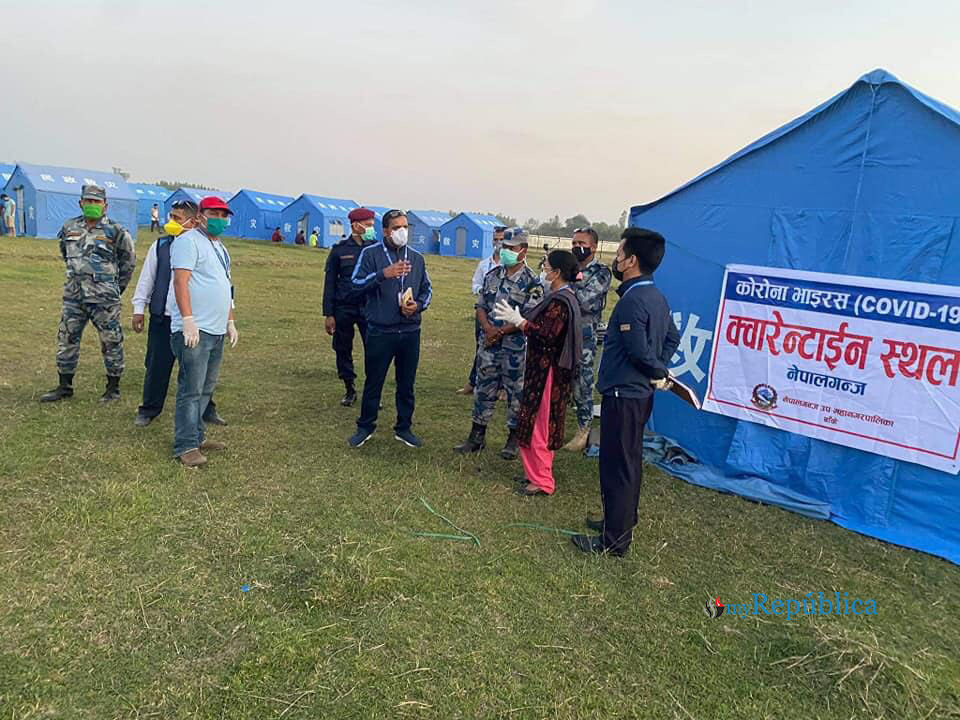 KATHMANDU, April 17: Third week of the lockdown, first implemented on March 24 has forced thousands of people to walk... Read More...