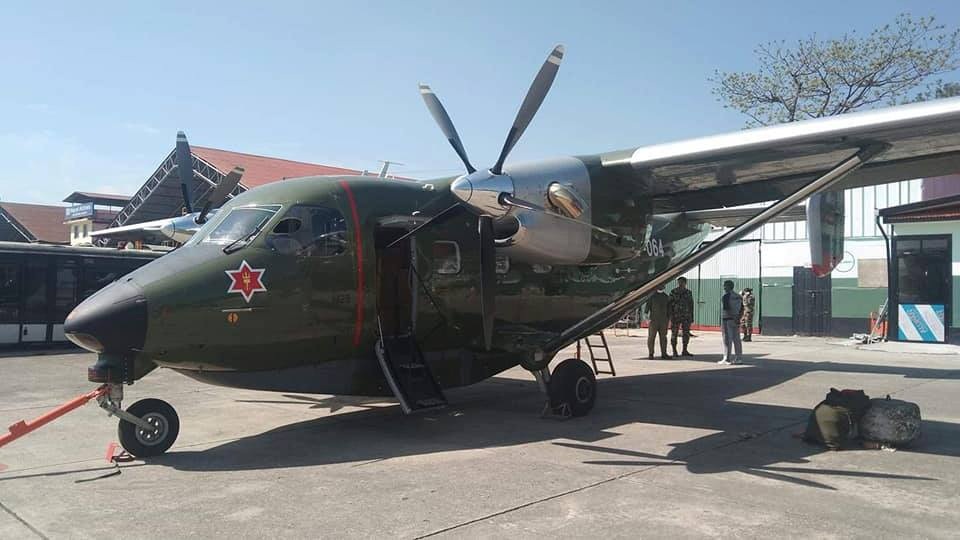 The army sky truck had departed for Dhangadhi at 7:30 AM carrying medical aid such as surgical masks, sanitizers, personal protective equipment.

Nepal Army spokesperson Bigyan Dev Pandey said that the sky truck had to be brought back to Tribhuvan International Airport (TIA) at 7:45 AM after chlorine-like smell was found inside the sky truck. Likewise, the NA had cancelled another sky truck's flight to Biratnagar.

However, the Nepal Army sky trucks have again departed for Sudurpaschim Province and Biratnagar of Province 1 this afternoon.

"Now, we are working to send medical supplies to other provinces," Pandey said.

According to him, the Army will deliver medical supplies on its sky trucks after conducting necessary tests in Kathmandu.

MAHENDRANAGAR, Dec 6: The Sudurpaschim Province government has expedited necessary preparations to stop the breach of Omicron variant after it... Read More...

My claim for the post of General Secretary is natural: Leader Pun
12 minutes ago