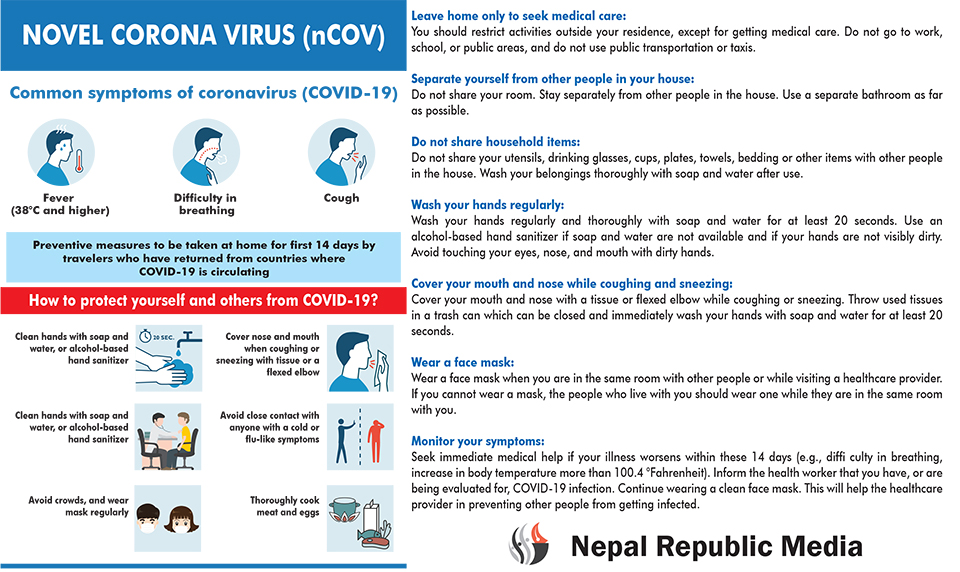 KATHMANDU, March 21: Nepal and India have discussed about introducing effective surveillance at the border to minimize the risks and vulnerabilities associated with COVID-19.

The two countries have decided to work in close coordination to introduce universal health screening for all those making cross-border movements, during a telephone conversation held between Minister for Foreign Affairs Pradeep Kumar Gyawali and his Indian counterpart S Jaishanker, on Friday afternoon.

According to the Ministry of Foreign Affairs (MoFA), both foreign ministers held discussions on enhancing cooperation and measures to combat the threat posed by the rapid spread of COVID-19. “The two ministers underscored the necessity for maintaining smooth supply of goods and medical items between the two countries,” said a press statement issued by MoFA.

The statement said that the two ministers also discussed in detail about having effective surveillance at the border to minimize the risks and vulnerabilities associated with COVID-19. Minister Gyawali thanked the Government of India for offering its help to Nepal to prevent the spread of COVID-19, including through the services of a Rapid Response Team of doctors and specialists.

Meanwhile, within days after Indian Prime Minister Narendra Modi announced the creation of a USD 10 million COVID-19 Emergency Fund for SAARC to fight COVID-19 and offered to allot USD 1 million from India’s side immediately, Nepal has decided to contribute Rs 100 million to the fund.

Prime Minister Oli during his address to the nation on the status of the coronavirus in Nepal and efforts taken by the government to tackle the situation, announced that Nepal would be part of the Fund with an initial contribution of Rs 100 million.

The Indian prime minister made a proposal to establish the SAARC Emergency Fund during a video conference of SAARC leaders on March 15 to jointly fight the outbreak of the coronavirus in the South Asian region. The video conference was joined by heads of government and senior ministers of all SAARC member states.