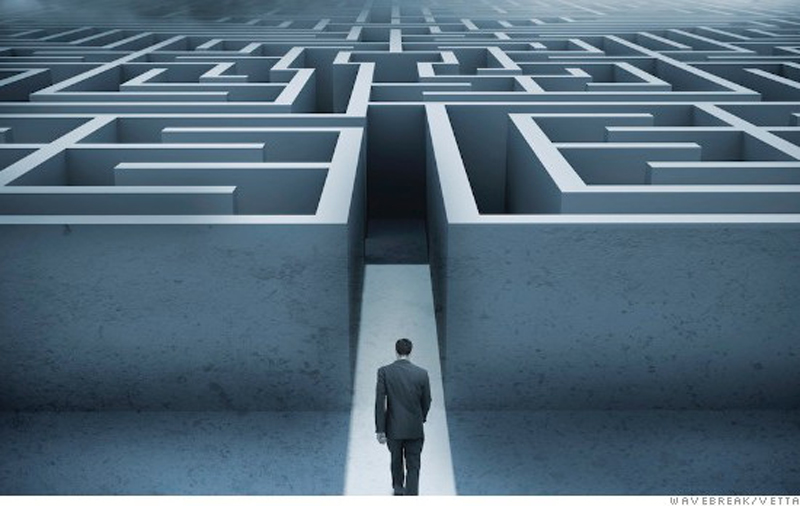 Nepal is still stuck with the centralized bureaucratic practices ill suited for rapidly changing technological landscape of the hyper globalized digital world
By 2025, the number of people using the internet will grow to seven billion and if Nepal is to remain relevant and functional in the new Digital Age, it has to do away with bureaucracy suited for the agrarian age.

For most part of human history, humans lived in a hunter-gatherer society as nomadic tribes, hunting, fishing and gathering plant foods in the wild. However, roughly 12,000 years ago, something changed radically. We mastered farming, started settling in one place, creating villages, towns, cities and ultimately nation-states. In the new setting, agriculture became the primary means of subsistence. This created the need for efficient management of available resources so as to maintain order in the tribal society. Hence the birth of bureaucracy.

Fast forward to the 21st century, the term bureaucracy, unfortunately, has become synonymous with inefficiency, corruption, rigidity, red tape, confusion, excessive control and centralization. The bureaucratic structure invented in the Jurassic era worked well for smaller tribal societies, however, as the societies grew into bigger nation states, the strength of bureaucracy started to falter mainly because the tribes failed to continuously reinvent the administrative and political systems.

As tribal societies grew into larger nations, humans invented the concept of decentralization. Decentralization is the transfer of powers from central government to lower levels in a political-administrative and territorial hierarchy. The countries that adopted decentralization prospered, and the ones that did not suffered immensely.

Talking about bureaucratic reforms, the Great Britain in 1854 went through a series of reforms aimed at constructing a merit-based public service. However, prominent change came across the advanced economies only in the 1980s with the concept of New Public Management (NPM)—a broader shift towards public accountability and public administration designed to fix the problems such as low public confidence in the bureaucracy, waste, poor program design, and performance deficiencies. This came about as the old-style Progressive Public Administration (PPA) provided loopholes that allowed politicians and bureaucrats to use public office to enrich themselves and their political parties without delivering results in socioeconomic development.

For that reason, NPM emerged to reverse the two doctrines of PPA: i) to remove differences between the public and private sector and ii) to shift the emphasis towards greater accountability in terms of delivering results. According to Professor Christopher Hood of Oxford University, the key characteristics of the NPM movement is “an active and visible control by those free to manage the organization, well defined quantifiable goals and targets, resource allocation linked to performance, division of monolithic units, use of term contracts and public tendering procedures, replacing public service ethics with increased flexibility through private sector techniques, reduce direct costs, increase discipline in labor force, and finally resist union demands.”

Nepal should have taken the NPM route like the western countries, but sadly it did not. Instead the impoverished nation opted for the donor supported Public Sector Reform that mainly focused on: i) Administrative capacity building; ii) Strengthening policy capacity; iii) Institutional reform; and iv) civil service downsizing. This came about after the establishment of multiparty democracy in the 1990s. The then government recognized the importance of decentralization and formed a high level Administrative Reform Commission to recommend reform strategies. The commission, under the then Prime Minister, recommended “re-inventing government” to develop an efficient, economical, and people-oriented governance.

As per the commission’s suggestion, Civil Service Act, Civil Service Regulations, and Civil Service Reform Acts were enacted in the mid 1990s. But the Local Self Governance Act aimed at reducing administrative inefficiencies by promoting decentralization came about only in 1999. Still, the Act, designed to strengthen local institutions by providing financial autonomy to make them directly accountable to the people, is far from meeting its goal of effective decentralization. And there is a good reason for this deficiency.

Another reason for the country’s inability to implement bureaucratic reforms is its heavy dependence on foreign aid. The “technocratic” approach taken by the donors contributes to the failure because donors tend to prescribe “blueprint” or “textbook” solution, ignoring important factors like human behavior, capacity deficiency and local environment. This is not to say donors have bad intentions. They are here to help, but they are yet to adapt their modus operandi for the new techno-economic landscape that is evolving at the speed of thought. In fact, the donor agencies need to seriously upgrade their capacity to think in terms of digital.

What can Nepal do at this stage? Well, for one, it can learn from Singapore, a country known for one of the most efficient bureaucracies in the world. The Singapore model is based on meritocratic principles in recruitment and promotion as well as a strict bureaucratic hierarchy and administrative impartiality. The country’s phenomenal success can be traced back to four policies adopted immediately after the independence from the British Empire. They are comprehensive reform of the Singapore Civil Service, strong and enforceable anti-corruption measures, decentralization of the Public Service Commission, and payment of competitive market salaries to retain the best candidates in the public service. Furthermore, the government also selectively introduced NPM reforms adopting market-based principles through privatization, adoption of new management models, implementation of electronic government, and promotion of greater responsiveness in public service delivery in the 1980s.

Now well into the 21st century, Nepal should establish the basic organizational requirement of a functioning public administration that can take the country to new heights of prosperity in the New Digital Age. Lastly, there needs to be political buy-in to ensure consistent political leadership in policy-making and its implementation.

Shakya is Professor of Computer Engineering at the Institute of Engineering (Pulchowk), Tribhuvan University; Shah is the co-author of ‘Strategic IT Planning for Public Organizations: A Toolkit’ published by the Center for Electronic Governance, United Nations University-International Institute for Software Technology

PM Dahal for punishment and reward provision in bureaucracy